Phonetic speech disorders (FNR), or deficiencies in the pronunciation of individual sounds (NPOZ), are spoken in cases where there is inaccurate phonation or articulation that does not correspond to linguistic norms with preserved physical hearing, intellectual status. FNR belongs to the categories of psychological and pedagogical classification, along with FFN , LHNR and OHR . The speech therapy conclusion of the FNR / NPOZ allows to single out the category of children with the same type of speech defects, to form a group of speech pathologists who need equivalent speech therapy assistance .

Phonetic disorders are typical for a number of speech therapy nosologies: dyslalia , rhinolalia, erased dysarthria , voice disorders. They are distinguished by the presence of sound and phonation defects. The immediate causes of phonetic deficiencies can be:

The phonetic side of speech includes sound (sounds, syllables, sound chains) and melodic-intonation (tempo, rhythm, tone, stress) design of the statement. Each sound has certain articulatory and acoustic characteristics, which are taken as the norm in the language. With phonetic disorders, the mechanisms of speech production change, which leads to a distorted sound of the speech stream.

Poor mobility of the tongue with structural anomalies or disturbed innervation makes its movements insufficiently active, undifferentiated, does not allow taking accurate articulatory postures, which is why the acoustic effects of pronounced sounds differ from the norm. With clefts of the soft and hard palate , an air flow leaks through the nasal passages, as a result of which the voice becomes hypernasal, monotonous, unmodulated. The pathology of the vocal cords leads to their non-closure and non-participation in phonation – hoarseness , hoarseness , and deafness of the voice appear .

Phonetic deficiencies include defects in the pronunciation of sounds, a violation of the sound-syllable rhythm of a word, and dysprosody . Distortions of articulation can relate to individual sounds, a whole group (for example, sigmatism of sibilants ) or several groups of sounds (sibilant and hiss sigmatism + rotacism ). Distorted sound pronunciation, as a rule, is not reflected in the writing, therefore, does not interfere with the mastery of literacy.

Violations of the sound-syllabic structure of a word can be represented by omissions of consonants / vowels or whole syllables, insertion of “extra” syllables, rearrangements of sounds and syllables, perseverations, etc. In the younger preschool age, such errors in long, unfamiliar words are normal. By older preschool age, almost all children master the sound-syllable structure of polysyllabic words (with the exception of foreign-language, low-frequency words, highly specific terms). Errors in the form of omissions of consonants in their confluence, reduction in the number of syllables mainly indicate a violation of articulatory motor skills.

Disprosody leads to a change in the rhythmic pattern, a decrease in the emotional coloring of the statement. Speech breathing, which is usually impaired in children with rhinolalia, dysarthria, has a significant impact on the melodic-intonational context. Therefore, their voice sounds weak, and their speech is not expressive enough. Phonetic speech impairment with reasons

The design of the pronunciation side of speech basically ends by the age of 5-6, that is, in preschool childhood. If age-related inarticulateness does not disappear on its own, undesirable consequences may arise. It is known that sounds that are simple in articulation create the basis for the appearance of more articulatory phonemes. If the first ones are pronounced incorrectly, distorted, then the basis for the appearance of subsequent sounds in ontogeny turns out to be unformed.

Errors in the sound-syllable composition negatively affect the development of the lexical-grammatical and phonemic aspects of speech, are reflected in the writing in the form of dysgraphia . In general, phonetic difficulties “inhibit” the child’s mental development, hinder the knowledge of the surrounding world, and impede communication with peers and adults.

Speech therapy diagnostics always begins with finding out the general and speech anamnesis. From the words of the parents, the speech therapist-defectologist receives information about the course of pregnancy and childbirth, the early postnatal development of the child, and childhood illnesses. The speech environment, the time of appearance and the activity of preverbal reactions are assessed. When studying the medical card, the state of hearing, neuropsychic development is specified. Special methods for diagnosing phonetic disorders include:

Medical assistance is required in cases where the correct pronunciation cannot be achieved with speech therapy alone. The child may be assigned:

Organized children with phonetic disorders should be enrolled in the speech center of an educational institution to conduct systematic lessons to improve sound pronunciation. The main tasks of correctional training are reduced to the clarification of acoustic and articulatory signs of sounds, their formulation and consolidation, the development of speech exhalation, intonational expressiveness.

Difference between learning disabilities and difficulties 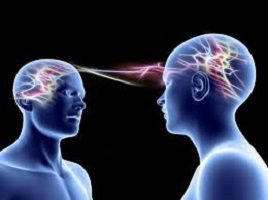