Each type of memory has its own operation, although all of them cooperate to carry out a complete memorization process. This is complex and is divided into encryption, consolidation, storage and retrieval. The purpose of memory is to retain information over time. In this article we will elaborate different types of memory in psychology.

The authors who have investigated the types of memory usually differentiate them by several criteria. For example, the time that information is kept in our mind. From there arise the two most well-known large groups of memory, which are short-term memory and long-term memory .

They also tend to classify them according to whether their process is conscious or unconscious, or the type of information that is remembered. In addition, authors sometimes differ on the exact meaning of each type of memory. However, attempts will be made to include the most widespread and accepted definitions.

Next, you will be able to discover what are the types of memory classified according to different aspects. Keep in mind that there are memories that can belong to more than one category. For example, remembering events from the past, such as your last birthday, is a type of long-term memory , explicit and autobiographical at the same time.

Types of memory according to their duration

The information we receive can remain in our brain from a few seconds to years. It all depends on how important that information is to us or our effort to remember it.

Depending on the amount of time that the data is kept within our reach, and therefore, likely to be recovered, the types of memory in psychology can be:

It is the shortest type of memory. It consists of the ability to retain perceptions of sensory information once the stimulus has disappeared.

Continuously a large amount of information is bombarding us. They can be auditory, visual, olfactory, taste or touch data. Our body cannot attend to all the stimuli at the same time because the energy is limited, therefore, it filters. This ignores some data and detects others. The latter are the ones that are part of sensory memory .

Sensory memory for visual stimuli is often referred to as iconic memory. If they are auditory stimuli, it is known as echoic; and if they are tactile, haptic.

This type of memory does not require conscious attention, in fact, it is usually involuntary. It is characterized by fading very quickly, approximately 200-500 milliseconds after perceiving an element. Although echoic or auditory sensory memory can last a little longer, at most 3 or 4 seconds.

The duration of this memory is so short that it is usually considered part of a process for perception, although it is an essential step for the content to be stored in short-term memory.

For information from sensory memory to pass into short-term memory, the process of attention must occur. That is, voluntarily concentrating on one stimulus while ignoring the others.

Short-term memory works by temporarily retrieving information that is being processed. Its capacity is limited, ranging from a few seconds to a minute.

This type of memory is what helps us understand what the text we are reading is about, because while we read a sentence we still remember the previous one.

It seems that the limit of elements that fit in short-term memory is about 4 or 5. However, this capacity can be increased with training or with the “chunking” technique. This technique consists of grouping the items. For example, if we want to learn a telephone number, we can group the figures three by three to remember it much better.

On the other hand, information will not go into longer-term storage (ie, long-term memory) if we don’t make a conscious effort to retain it.

For data to move from short-term to long-term storage, they must be repeated and/or find meaning or association with other data that we already know. Just as we must be motivated and interested in remembering them.

For example, it seems that working memory not only allows you to keep data that is no longer present in your mind, but also makes it possible to manipulate that data to intervene in higher cognitive processes  (such as language and reasoning).

Working memory has also been associated with executive functions, those that allow us to plan, make decisions , reflect, inhibit ourselves, etc.

Memories that are in long-term memory can stay there for the rest of our lives. It deteriorates very little over time, and can store an unlimited amount of information.

However, not all memories in this store have the same strength, nor do they all remain static. From time to time, our memories are reviewed and “updated” if necessary. Therefore, the information we memorize is not strictly constant or reliable.

For memories to pass into long-term memory , a consolidation process is necessary in which, through complex neural mechanisms, the information is fixed in our brain.

It seems that much of the consolidation of memories occurs during sleep, which is why, and for many other reasons, it is so important to rest properly.

Within long-term memory, distinctions are usually made such as implicit, explicit, episodic, semantic memory… which we will see below.

Types of memory according to whether it is conscious or unconscious

Declarative memory is one that requires conscious thought. For example, trying to remember what you had for dinner last night or naming objects you can find in a stationery store.

Normally it is associative, that is, our mind links new memories to others that we already have and that have certain aspects in common.

It is about those memories that are not conscious. That is, perceptual and motor habits that depend on our experience.

It is the knowledge we have about how the things we normally do are done. We usually run them automatically and they are difficult to put into words.

For example, playing an instrument, riding a bicycle, writing, avoiding being frightened by intense noises that we are already used to hearing, quickly recognizing our family and friends, etc.

Within this type of memory , procedural memory is usually included , which you will be able to find later.

It is a type of explicit memory, which many consider to be the first thing that comes to mind when you think of “memory”. It consists of a set of important memories of our life, such as our personal experiences, important events, events of great emotional charge, etc.

Obviously, we remember much better those events that have been relevant to us and, above all, those that have been accompanied by strong feelings . We also memorize in more detail the first times we have experienced something. For example, your first day of school, a trip you took alone, a family member’s wedding, etc.

Within this type of memory there are authors who frame the “flash memory”. They are autobiographical memories that are recovered in great detail and in a very vivid way, from the moment in which a transcendental and surprising or emotionally charged news was heard. They are characterized by being very resistant to forgetting. An example would be the terrorist attack of September 11.

When an episodic-type memory is encoded, a brain structure called the hippocampus is activated . Subsequently, the memories are consolidated in different parts of the neocortex. Each element is stored where it corresponds, in the areas of the brain dedicated to smell, hearing, vision…

Semantic memory is what stores general and conscious knowledge, such as what we were taught at school or university.

It includes concepts, facts, meanings, and other knowledge about the external world that we have been acquiring. It is shared with others and independent of personal experience, environment, and the time it was acquired.

Some examples are capitals, functions of objects, social customs, the meaning of words, mathematical understanding, etc.

Semantic memory also has different degrees, which can range from strong recall to weaker familiarity.

Regarding the cerebral bases, it seems that in semantic memory the temporal and frontal cortices are activated.

It is a type of implicit memory, since it is difficult to verbalize and its steps are carried out automatically and non-consciously.

They are those motor patterns that we have already acquired and reproduce with ease. It is perfected through practice and they are faithful and lasting memories. For example, climbing stairs, playing the piano, skating, swimming, etc.

To acquire this type of memory, motor learning is essential, which is mainly supported by the basal ganglia and the cerebellum .

When we want to talk specifically about those memories associated with spatial orientation, we refer to topographic memory. It is the ability to orient ourselves, recognize a path and cross it, remember keys from a familiar environment, etc.

Spatial memory is closely linked to the hippocampus , especially to the right side, where there are so-called ” place cells ” that are responsible for creating a mental map of space.

It is a subtype of implicit memory, characterized by an increase in the capacity to identify or process a certain element as a consequence of the previous presentation of said object.

It depends on our experience, for example, if you have heard a word more recently or more frequently than any other, it is more likely to come to your memory faster.

Types of memory according to the temporary address

Retrospective memory consists of remembering facts, people, words that belong to the past. The remembered elements can be semantic, episodic, autobiographical, declarative, explicit, implicit, etc.

We can think that almost all types of memory belong to this, however, there is also prospective memory, which has another temporary address.

Prospective memory consists of “remembering that we should remember”. That is, it occurs when the information has to be remembered in the future and we are aware of it.

However, according to several studies, it seems that these two types of memory trigger separate processes. For example, cases of patients with alterations in prospective memory but not in retrospective or vice versa.

Researchers on memory processes distinguish between recognition and retrieval based on how stored information is accessed.

occurs when we can identify if that element is familiar to us and why. For example, an academic multiple choice exam in which you have several answer options and you have to mark one, is a recognition task.

The correct answers are written, and you must activate your recognition memory to choose the true option.

In this case, the information must be rescued from our memory without keys or clues. An example comparable to the previous one is an exam with open questions in which the answers have to be written.

Some cases have been found in which there are ways of memorizing that are more accentuated and precise than normal. This is called hypermnesia.

Within this category can be included:

Eidetic memory , also called photographic memory, which precedes short-term memory, and is remembered by being exposed to the stored item very briefly.

In some children, this sensory memory capacity is especially accentuated, especially if they are visual elements. Memories are extremely sharp and detailed, so that, in the most special cases, people can remember almost anything they have seen or heard, even once.

It is a condition that neurobiologist James McGaugh described in 2006. It is about memorizing past experiences, but in an extraordinarily thorough and precise way, with great detail. So far, only about 20 people have been diagnosed with this condition.

We hope that after reading this article you have fully understood the types of memory in psychology with their characteristics. 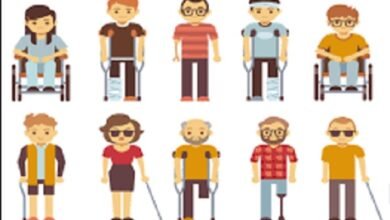 Types of disability definition 6 types and their characteristics

Difference between Dementia and Alzheimer’s/comparison table