The History of Grammar can be defined in turn as the set of theories and scholars that have happened in time, and whose common point has always been to understand the Language. In general, these great scholars, as well as their grammatical conceptions, come from peoples of great literary tradition, that is, peoples who found in their language a great attraction and object of study. Although there are hundreds of names that make up the History of Grammar, perhaps the most important to understand the evolution of this theory are the following:

In general, the common denominator chooses to believe that the Greeks were the pioneers in being interested in the Language and its structure. However, the first great antecedent in the History of Grammar is Panini, an Indian grammarian who stood out for his great interest in understanding Sanskrit. In fact, historians recognize his work Astadhiaia  As the first grammar. Thus, emerged in the 480th century BC, the grammar of Panini was given to the study of Sanskrit, focusing on the mechanisms related to the formation of words, as well as what was the root that prevailed in them. Even Panini’s work has been of such importance that it has been essential to understand this language later, allowing even the translation and understanding of some of the ancient sacred texts of this culture.

However, as far as the West, the pioneers in the study of the Language were the ancient Greeks, civilization of which stand out, names such as Socrates and Aristotle, classical Greek philosophers, who addressed the Language, as well as its existence, origin and operation, from a totally philosophical position. Therefore, during the development of classical Greece, even though its great philosophers spoke about the nature of the Language and its operation, one cannot really speak of any complete grammar treatise, until until the second century BC the Stoic Crates de Malos wrote his complete treatise on Greek Grammar, which is currently considered the most important work of this civilization. History of grammar

However, Greece was also the cradle of Dionysius of Thrace (170 BC – 90 BC) an important grammarian, who is credited with having trained as a disciple of Aristarchus and having written the work Tékne Grammatiké (Grammar art) which centuries later it would be taken by the Arabs to the west, becoming one of the reference texts of the Middle Ages, being essential for the later building of Latin and European grammars. Likewise, it is currently understood as the first Greek grammar, in modern terms.

Subsequently, one of the great heirs of the knowledge about Grammar that the Greeks had developed, were the Romans, who nourished themselves above all of the categories and terminology used by them in their grammatical studies, giving with this the great current that would feed with the evolution of time Traditional grammar. At present, many of those words and denominations are part of the theoretical body of grammar. However, as some specialists have pointed out, although among these cultures there was a great exchange of knowledge at a grammatical level, none of these peoples took a step in the way of understanding how their languages ​​were related.

Despite what can be thought about the great obscurantism of the Middle Ages, this was a stage – especially in the last stages of this era – where great advances were made in grammatical terms, which were born and walked hand in hand with the important translations made by the Arabs of the ancient Greek texts, bringing them back to the present, and also expanding them throughout Asia and Europe. Likewise, during the years of the Middle Ages, and after the great Arab invasions, some of the most important languages, such as Hebrew, Arabic and even those spoken by the Christian peoples were in need of living together, giving way to one of the most relevant institutions of that time: The School of Translators, which emerged in Toledo towards the year 1035, and which is the architect that some of the most important texts in the East have been known to the West.

Likewise, during the Middle Ages, another town that made great progress in the study of its language was the Jewish people. In this sense, most of the sources choose to point out the Jewish lexicon as one of the great grammar works of this town, as it was the first large inventory of the lexicon of this town. As for this work, one could even say that it is one of the first glimpses of a dictionary that can be referred to during this time. Likewise, the Jewish people pioneered philological studies, by surrendering to the study of the Old Testament, in order to study the evolution of their language, through the words contained in this sacred book. History of grammar

Other of the most important grammarians of the Middle Ages are Elio Donato, a grammarian of African origin, who with his grammatical Ars, composed during the fourth century AD became one of the most influential references of grammar during the Middle Ages, together with the Tékne Grammatiké that Dionysius of Thrace had composed centuries before. Finally, another of the works of great relevance during the Middle Ages is the Castilian Grammar of Antonio Nebrija, which composed in 1492 stands as one of the first Spanish grammars, as well as the source from which the later Romanesque grammars will drink.

During this stage, despite the great advances that were made at a cultural and artistic level, some scholars are of the opinion that in grammatical terms, not much progress was made in the knowledge of each particular language. In this sense, historians point out that during the Middle Ages, the West and the East advanced important steps towards the conception of the comparative study of Languages. However, the rediscovery of the ancient Greek works and the infatuation towards the classical world, also created a current that sought to study all languages, according to the grammatical canons imposed by Greek knowledge , and sometimes, even by the form How this language worked. History of grammar

We should still wait for the eighteenth century for the West to advance on the emergence and evolution of a comparative conception of languages, which resulted in the belief that all languages ​​seemed to have a common origin. Perhaps the most fervent promoter of this theory has been the German philosopher Gottfried Wilhelm Leibniz (1646-1716) who claimed that all the languages ​​spoken in Europe were somehow related to the languages ​​spoken in Asia and Africa, since these should come from an original language, which this philosopher called Indo-European.

From the 18th century to the present, Grammar has also undergone major changes in approach and method. About the nineteenth century, for example, the great boom that the comparative study of languages ​​took , as well as the attempt to approach the Language from a systematic perspective, for which the West turned its eyes on the ancient work of Panini, which Somehow it contained in its germ the notion that language – as a system of signs at last – could be studied from a systematic point of view. However, during this time, there were also some schools that persisted in not abandoning the Greco-Latin grammar model.

A century later, during the decades of the twentieth century, another vision of Languages ​​began to emerge, which can basically be described by the interest of studying each language within its own model, as well as the beginning of the belief that the Language cannot be an object studied from its intangible model, but special attention must be paid to its concrete reality: speech.Among the many names that stand out during these years, Ferdinand de Saussure, Swiss linguist and father of General Linguistics, pays special attention, and who is the pioneer on the dichotomous vision of Language, as well as the notion of Language as a Sign system made through speech. Likewise, Language also begins to be seen as a reality composed of several levels, within which Grammar is a discipline that is responsible for studying that related to syntactic structures. Another of the great figures of the twentieth century is the American linguist Noam Chomsky, father of Generative Grammar, a discipline that approaches Language, in order to understand the principles under which the different norms originate,

Another of the major changes that can be highlighted in the grammar of the twentieth century is the change that has been operated from a prescriptive vision , which governed throughout the evolution of the Grammar, and that intended to see this discipline as the subject through which was able to study and regulate the language, by a descriptive conception of grammar, where it is assumed that this subject must address the language, with the intention of observing its behavior and the laws that govern it, in order to understand it from its own dynamics and principles. 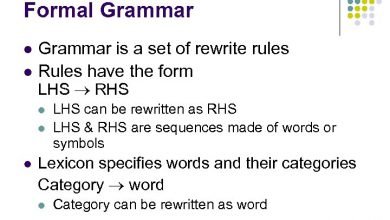