There are different types of stories highlighting the fantastic, children’s, police, realistic, comic, horror and mystery, among others. The story is a short narrative with a simple plot. It does not have many characters and is usually fictional in nature. The stories can be transmitted orally or in writing. Although traditionally, they were transmitted orally. The 11 Most Important Types of Stories

There are two variants of stories, folk tales and literary tales. Folk tales are narratives of imaginary events, and they usually have several versions that change the details, but maintain the same structure.

Within these stories we have the subtypes of fairy tales, animal stories and customs. Literary stories are transmitted through writing and usually have a known author, with only one version of the story.

These literary works are characterized by their structure. The parts of the story are the introduction , the middle and the end.

It is also known as development. And the link or end is where the solution to the problem arises and the story ends.

These stories are characterized by being impregnated with fantastic elements. They can be magic, epic, futuristic, etc.

They are stories of unusual events that escape reality, but they always have a logical explanation and, despite including fantastic data, they do not usually go beyond rationality.

This type of story has characters that are perceived as normal throughout history, such as witches, dragons, fairies …

Use imprecise expressions to determine time and place. The quintessential phrase to start a fantastic story is “Once upon a time.”

Within the fantastic tales we can also distinguish:

These stories are dedicated to children, so they usually tell fantastic and happy stories.

They are distinguished from fantastic books because the language is much simpler, and many of them are used as pedagogical material to introduce  social , moral or religious values .

Within this genre of stories, events related to crime and justice are narrated. As a general rule, they have to do with the resolution of a crime.

Within the police genre we can distinguish two types of narration, the white and the black. In the white narrative, the police are correct and fulfill their duty to catch the criminal.

On the other hand, in the black narrative, the policeman infiltrates the crime lines and enters the criminal group to get the criminal.

This genre of stories is characterized by presenting stories that seek to be credible through real events.

They do not pursue verisimilitude, since the stories are invented by the author. But this specifies the place and time where the story takes place and provides clear and precise descriptions.

The characters are characteristic for being ordinary. Their flaws and virtues can be easily guessed and their personality is easy to understand.

These stories seek to instill fear or chill in readers through themes such as death, catastrophes, crimes, etc. The 11 Most Important Types of Stories

The best known author of horror stories is Edgar Allan Poe. It was one of the forerunners of this genre. They seek to instill a psychological terror not only because of the story itself, but because of the  atmosphere  that the tale creates.

Together with Poe, we find Lovecraft as another of the greatest exponents of horror stories, which have generated a wave of followers and the entire world of role-playing games, through tales of cosmic horror known as the Mythos of Cthulhu .

They are stories that represent festive or comic situations. Its main task is to entertain the reader of the story through a happy and in many cases, funny story.

The central plot of these stories usually revolves around the defects of the main character or characters, and how this influences the society that surrounds them, causing comic situations that make the reader laugh.

Also, verbal jokes are included throughout the story that cause a relaxed and funny atmosphere for readers of this genre.

They are stories that attract readers through a mysterious plot in which they have to keep their attention. Try to maintain the tension of what will happen next and how the story will end.

They are stories of paranormal events, magical plots and even police and crime themes in which the mystery is maintained until the end.

These stories are characterized by being located within a specific historical context. It does not mean that they tell the story that happened, but it does mean that it is based on real events to maintain the plot invented by the author. The 11 Most Important Types of Stories

It is a short story in which a story is told. This type of story is characterized by the need for an active reader, who is capable of maintaining the rhythm of the story that is told through a simple structure, little characterized characters and schematic spaces.

A good title is important to explain the subject of the micro-story and that many explanations are not necessary in the body of the story.

Christmas stories are those in which the context of the story takes place at this time of year. Normally he reflects on the meaning of this holiday and on the most relevant Christian values ​​such as love, forgiveness, hope or charity.

Charles Dickens was the author of reference with his  Christmas Carol , but there are other classic stories written by notable literati such as Dr. Seuss, Paul Auster, the Grimm brothers or Emilia Pardo Bazán.

Although it is a genre more typical of the novel, there are also many original adventure stories adapted to children and adults. These are characterized by the accelerated pace of the narration, where the characters live adventures in which risk or mystery is always present.

They are usually unusual, even fantastic scenarios, and the protagonists are brave young people who seek to achieve good. The 11 Most Important Types of Stories

In these types of stories we find some of the most prominent writers such as Marco Polo, Robert L. Stevenson, Jules Verne, Roald Dahl or, more recently, JK Rowling. 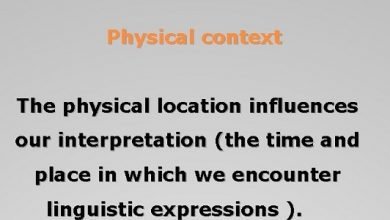 Forms of expression their characteristics 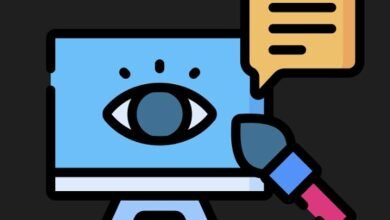