On December 7, 1928 was born in Philadelphia, United States, Noam Chomsky, philosopher, linguist and activist. He received a PhD in Linguistics from the University of Pennsylvania in 1955, around the same time he joined the Massachusetts Institute of Technology (MIT). Chomsky has as his object of study linguistics as a grammatical mental representation that constitutes the language skills of native speakers and the biological faculty of language. In other words, it is a “universal grammar” that allows the normal development of language learning to which people are exposed. For Chomsky, the ultimate goal of linguistic science is to develop a universal theory that descriptively provides a grammar suitable for any native of any language with only ?? primary linguistic data ?? available in the child’s social environment. This imperative has motivated the gradual refinement of Chomsky’s linguistic theory of transformational grammar from the early 1950s and 1960s to the Minimalist Program after the 1990s. Defined as a liberal socialist, Chomsky has written numerous books and given several lectures on the that he considers the undemocratic character of American capitalism and its bad influence on US politics and foreign policy, mass media, and academic and intellectual culture

What is the generative grammar of Noam Chomsky?

His book Syntactic Structures revolutionized many key points of the study of human language that were embodied in the theory of transformational generative grammar.

Generative grammar placed syntax at the center of linguistic research. Until Noam Chomsky, linguistics focused on the structural analysis of language, which he considered as a reality independent of the subject’s abilities. The theory was that the child learned language through repetition and the efforts of his educators, but the great American linguist raised some questions that had no answer from a purely syntactic perspective:

• Why is there rapid learning in a language even if the verbal stimulation of parents or educators is poor and disorderly?

• What explains the existence of common structures in all languages?

Generative grammar is a linguistic theory that attempts to explain the deeper structures and principles of language. He postulated the innate ability to acquire language and the autonomy of grammar over other cognitive systems, the existence of a “language organ” and a universal grammar.

This new perspective made his contribution fundamental to the philosophy of language and mind, and is also the discoverer of Chomsky’s hierarchy, a classification of formal languages ​​of great importance in computer theory.

Chomsky revolutionized linguistics by demonstrating that the research of the linguist cannot be separated from that of the psychologist, (his work has been fundamental for the development of cognitive psychology), for which he proposed a previous structural grammar. The principle of generative grammar is based on the idea that, together with the specific rules for the construction of sentences specific to each language, there are more basic rules, of an innate nature and common to all languages, which explain the ease for the learning of language by the child, the concepts of deep and superficial structure are fundamental for this.

For example in the sentences:

The rain was very strong. He knocked down the roof of the house.

The heavy rain brought down the roof of the house.

The rain, very heavy, knocked down the roof of the house.

The three sequences say exactly the same, therefore have the same deep structure but their surface structure is different (they are ordered in different ways, and do not have similar internal pauses).

All sentences have a deep structure (which contains the meaning of the sentence) and a superficial structure (the form according to which the sentence is presented, when said or written). The deep structure, therefore, is abstract, while the surface structure is a physical reality.

I make the room, which may refer to what I build, or to clean the room, or that I am located in four places.

Classic structuralism only dealt with surface structures and had no real answers for deep structures. The determinant of the progress that Chomsky proposed is that, in addition, the deep part of the three initial phrases will be identical in any language, so Chomsky showed that languages ​​differ exclusively in the superficial structure of their sentences.

What is universal grammar?

The scientific study of the language has turned linguistics, for its increasingly sophisticated levels of analysis, description, explanation and prediction of the phenomenon of speech, into the most exact science of the social sciences. Modern linguistics seeks to answer questions such as: How do we communicate with human beings? What are the mental and physical mechanisms that are involved in the production of speech and human communication? How do children acquire language? Why have only human beings developed language? By answering these questions, we will be able to understand the most everyday phenomenon of human beings but also the most complex: speech, without which we would not have developed abstract thinking or intelligence of human beings.

To account for this human ability, one of the most important assumptions of modern linguistics is the universality of the principles, restrictions and parameters of natural language. This is known as Universal Grammar; that is, a grammar common to all languages ​​but that is not the grammar of any particular language. The famous and influential linguist Noam Chomsky demonstrates the existence of this universal grammar with the process of language acquisition and linguistic typology. He argues that the only explanation for the rapid acquisition of any natural language by children is the existence of a natural mental device — which he calls the Language Acquisition Device — that contains universal principles and parameters that guide children’s learning. .

The other evidence that Chomsky uses to support his hypothesis is the linguistic typology, the comparison of several languages ​​to find universal patterns. It would be very coincidental that all the languages ​​of the world possessed the same syntactic categories, had the same restrictions and grammatical structures. The best way to explain the similarities between languages ​​is to assume that all humans are born with a genetic predisposition for language learning, something like a mental program that seeks environmental data to activate. For example, all languages ​​have verbs and nouns, distinguish between plural and singular, can use negation, refer to the present, past and future, use consonants and vowels, etc. If we didn’t have genetic help for language, All these similarities were non-existent and there was tremendous arbitrariness in the grammatical structures of languages. The selection of one structure over another or of a binary value is what differentiates languages ​​and their dialect variants.

To restrict natural grammars, universal grammar has principles and parameters. The principles establish mandatory requirements for all languages. For example, the Mandatory Contour Principle in phonology prohibits two identical phonetic features from being adjacent; The Projection Principle in syntax states that the categorical requirements of lexical items must be met at all levels of sentence representation. There are many other principles discussed in the linguistic literature that are taken as universal and basic for the grammatical analysis of languages. These include the Principle of Underlying, the Principle of Structural Dependence, the Principle of Syntactic Autonomy, etc.

The parameters are binary options available to natural languages. Generally one of these options is the default option and the other is unusual, so it is considered marked. Among these parameters are the positioning of the nucleus (initial or final), the directionality of the syllable (right to left or left to right), subject (tacit or explicit), etc. Thus, in the English language the subject must always be present in the (explicit) sentence, so it is said “It is raining” to say “It is raining.” In English, it is mandatory to have the pronoun “it” in the sentence while in Spanish no explicit subject is necessary. By verbal decline it is possible to determine the number and person of the subject. 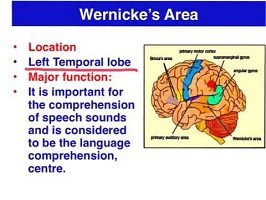