The Swiss Ferdinand de Saussure (1857-1913) is considered the founder of linguistic structuralism, which begins its course shortly after his death by the work of Russian Roman Jakobson (18961982). In the sixties, the French Levi-Strauss, Balandier, Barthes, Greimas and Derrida extended it to anthropology, history, aesthetics and philosophy. Words like phoneme and phrase, which were incorporated into the baccalaureate of the seventies, have their origin in the theory of the Geneva linguist. This is an index of the scope of Saussurian theories, which now constitute a negligible part of the cultural heritage of the twentieth century.

Saussure is a rare case of European intellectual history. Born in an aristocratic family of Swiss scientists and politicians, he began studying physics and chemistry in Geneva in 1875, leaving them in 1876, when he marched to Leipzig, the center of linguistics of the nineteenth century. In Leipzig he studies mostly with Curtius and Leskien, and he frequents the toughest of the neogrammatic linguistics program less: Osthoff and Brugmann. It is in this boiling environment and full of quarrels, as is usual in universities, where in December 1878, at twenty-one, his doctoral thesis appears, the famous Mémoire sur le systeme primitif des voyelles dans les langues indoeuropéennes.This thesis exposes the theory of laryngals, shortly after confirmed, and mainstay of Indo-European linguistics. The wise Germans did not gauge the importance of this thesis, which was unfavorably received. The author, convinced as he was of his contribution, referred to their attitude as “la monstrueuse stupidité des Allemands”. In 1880 he wrote another thesis in Geneva, less ambitious, but where he continues to show the need to overcome the neogrammatic approach by directly attacking a syntax problem, something that is often forgotten.

From 1881 to 1891 he teaches in Paris the Gothic and the old high German, and in this last year, at the insistence of his family, he returns definitively to Geneva, where he obtains a chair of Sanskrit and Indo-European languages, and marries Marie Faesch, a aristocrat who contributes to the marriage the Château Vufflens, where he dies in 1913. From 1880 until his death, Saussure published very little, and all this in the field of etymology and linguistic comparison. And what is more surprising, he is interested in things as pilgrim and foreign to linguistics as the anagrams in Latin poetry or the spiritualism that Dr. Flournoy practiced.

Nothing indicated, therefore, the impact of the posthumous book, the notes that its few students collected over several academic years, and which appeared in 1916 with the title of Cours de linguistique générale. In this book, Saussure undertakes an epistemological task, that of offering a theory of objective knowledge of the language. Why Saussure undertakes this company and what thesis establishes?

The answer to the first question seems clear to me: dissatisfaction with the neogrammatic linguistics of Leipzig. Saussure discovers that neogrammatics lack a linguistic theory, because they mix several points of view: historical (etymology) with the point of view of the present state; because they have no idea what the units of linguistics are concerned, and especially because for neogrammatics each linguistic object is an atom independent of the others, omitting that language is a system. The second issue can be summarized in several statements. First: Saussure establishes the priority of adopting a single temporal point of view on the object, which is the present, be it the present present or the present of a bygone era; in the second, it affirms that there is the language entity, constituted by units of form,

These three statements constitute what has been called linguistic formalism, or also structuralism, or even functional structuralism. The first thesis is the pivot of the discussion held in France forty years ago between Marxism and structuralism. It denies history, conscious human action or not, and affirms the existence of invariant elements in human thought and behavior, to which man would be subjected. Part of the second thesis, and the entire third, formalism, constitute the dogmatic core of Chomsky’s linguistics, today dominant.

The 1916 Course constitutes one of the versions of Saussure’s thought, which never wrote a finished linguistic theory. Therefore, the appearance of his new writings is an event. In 1996, some manuscripts of what the author wanted a general linguistics book where he would expose all the complexity of his reflections were found in the greenhouse of the Geneva villa of the Saussure family, located near the Place Neuve in Geneva. Saussure had spoken of this book, but the written pages were, according to him, lost, and, apparently, he was not willing to redo them. Now they appear neatly edited by Simon Bouquet and Rudolf Engler. The latter, a renowned specialist in the edition of Cours.The value they have is, above all, historiographic, because they reveal the way in which the author has been debugging his concepts and encircling his goal, that of supporting linguistics in a solid foundation.

The pages now edited give the impression that the author maintained a titanic and even tantalistic struggle to define what constitutes the language mechanism and, a fortiori, to try to offer a firm grip on linguistics. The result, how could it be otherwise, presents an unfinished, fragmentary aspect: sometimes it seems that it has the bird in its hand, other times it has flown.

To step firmly, the author says, linguistics must contain two components: one mathematical, and another idealization. As for the first, Saussure insists on the algebraic aspect of language, consisting of terms and relationships. The basic terms are the sound, or the vocal figure of the words, and the idea or meaning it represents. This basic idea / sound relationship establishes another differential relationship, of necessary opposition with another sign, which is the (exchange) value of the sign

Both relationships, according to Saussure, would form a quaternium, algebraic structure. I am not sure that a four-dimensional vector space (R 4) would have taken the author beyond the mere need to show the formal character of the language, and the need to subject it to a mathematical treatment, as economists did of his time. Your conviction, expressed here on p. 43, that the language system would look one day reduced to formulas has been partly fulfilled in the Chomskian program.

Idealization consists in abstracting from the infinite variety of copies of the signs. The ontological status of the sign is paradoxical: on the one hand, it is the product of an act of individual speech, but on the other it vanishes once it has been performed. How does the sign exist? Saussure responds: in the same way that music exists: in the performance of the performer. That is, the sign exists in each of the possible executions considered as a class of identical things, as an abstract identity.

It is at this point that Saussure rejects nineteenth-century German linguistics frontally and, in passant, its culture. The fragment I quote cannot be more eloquent: «Imagine that we can avoid this healthy mathematical logic [that of terms and relationships], under the pretext that language is a concrete thing that” becomes “and not a thing abstract “that is”, I think it is a deep mistake inspired from its inception by the innate tendencies of the Germanic spirit ».

Also striking in these fragments is the frequent appeal to the conscience of the speaking subject: the shape of the tongue, Saussure insists, is determined in the consciousness of the speaking subject, but this is not a sufficient condition for the existence of signs. Here he strongly affirms the impossibility of considering a “private language” as a language (p. 94), as Wittgenstein did later.

The reading of these fragments constitutes an invitation to think again about the Saussure of 1916, and to contrast the program inaugurated almost a century ago with the development of the current linguistics, which has not lost its link with the work of that young Swiss French language that undid post mortem the old German linguistics. 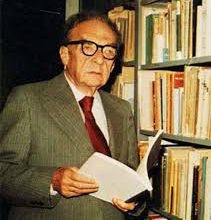