What Is Culture Industry?

Culture Industry is a concept used to designate the transformation of different works into standardized products, due to the introduction of technology in the cultural production process.

This expression was first quoted in the book “ Dialectics of Enlightenment ”, written by two German sociologists: Theodor Adorno and Max Horkheimer .

In the chapter “ The Culture Industry: lighting as mass deception ”, the authors describe the use of originally cultural pieces to manipulate the population , disseminating the vision of the elites.

According to Adorno and Horkheimer, the production of books, films, music and other cultural items in a standardized way also contributes to perpetuating the idea that happiness can be achieved through the consumption of goods and services.

The term Cultural Industry emerged in response to the idea that the use of technologies in the cultural area would take the pieces to a greater number of people, democratizing access to culture.

In other words, it would be a way of including individuals, sharing the knowledge necessary for them to become free and able to think critically.

However, the cultural pieces produced and disseminated in mass ended up losing the questioning essence present in unique cultural articles, proposing preconceived ideas, instead of elements for reflection.

Currently, the expression Cultural Industry has been used to refer, in particular, to large corporations that produce and distribute entertainment products for cinema, television, radio, internet, among other means.

What Is The Purpose Of The Culture Industry?

What is the purpose of the Culture Industry? Based on capitalist logic, the Cultural Industry seeks ways to obtain and increase profit .

When applied to the cultural environment, this logic calls for standardization in the works produced, so that they meet the taste of the greatest possible number of people.

This is what happens, for example, when a band or style of music is successful and then several other similar groups and songs appear.

Since the “formula” of the first band or song worked, the idea is to repeat this path to increase the popularity and consumption of the songs by the public.

Other less evident purposes of the Culture Industry are class domination and the imposition of elite ideals.

In this Fiocruz article , experts explain that the Cultural Industry deconstructed the Enlightenment concept that reason would lead human beings to continuous progress – including their freedom.

However, the idea that became popular was instrumental reason, which seeks to dominate the inner nature of man and society, resulting in alienated individuals .

In this way, culture has become a commodity at the service of those who dominate the means of production and, mainly, of distribution.

It also serves to control the masses, spreading the world view and the prejudices of the elites who, historically, value the maintenance of their wealth and financial capitalism.

This dominance is done in a subtle way, disguised in entertainment products that promote a consumerist lifestyle .

According to the theory of the Culture Industry, consumerism and the valorization of material things above other qualities sustain capitalism and prevent the working class from being able, in fact, to be free.

The idea is that she always has a desire for consumer goods, even if she doesn’t need them to survive.

Characteristics Of The Cultural Industry

The concept of Adorno and Horkheimer brings together a series of characteristics, among which the following are worth mentioning:

As we explained in the previous topics, the Cultural Industry seeks to take its production to larger and larger groups .

Thus, it promotes the massification of cultural works that, in their origin, were restricted to the elites.

This attribute is not all bad, as the general population has access to different cultural formats .

However, it is common that the Cultural Industry does not promote new knowledge among the masses, but simply adapts its productions to encourage consumption.

Therefore, scholars on the subject criticize this massification, claiming that it results in a loss of quality in cultural pieces.

In the search for profit – the most basic premise of the capitalist system -, the Cultural Industry turns works into goods that can be consumed by the masses.

Culture then loses its subjective value to receive a cash price .

In order to boost the consumption of its goods, the Cultural Industry transforms them into fetishes, that is, into objects of desire for the public .

Note, for example, that being on top of popular movies and series, as well as trending music and books, gives people prestige.

In this way, cultural pieces are no longer acquired for their beauty, for providing reflection or knowledge, and are purchased for reaffirmation and status .

The products of the Cultural Industry do not have reflection as a goal, but the dissemination of values ​​of the dominant classes.

Therefore, they are simplified to the maximum to corroborate these ideas in the minds of the population.

Instead of favoring the formation of thinkers, these goods disseminate ready-made concepts and clichés to keep the maximum number of people alienated from the system.

Indifferent and oblivious to social problems, the masses remain resigned to their current situation, without motivation or arguments to contest injustices.

Frankfurt School And The Cultural Industry

The concept of Cultural Industry emerged in the context of the Frankfurt School , a branch that studied social theory and philosophy .

It got its name from being associated with philosophers at the Institute for Social Research at the University of Frankfurt, located in Germany.

Max Horkheimer and Theodor Adorno were founders and active members of the group, which brought together thinkers who drew on reflections from Karl Marx , but who went beyond communist ideals .

The Frankfurt School began in the 1920s and faced turmoil during the pre-war period in Germany, when its members moved to Geneva, Switzerland, and then to the United States.

For its members, the failure of Nazism, in Germany, and of socialism, in the Soviet Union, revealed the need for a different system, which did not resort to the rule of the population to promote development.

Faced with the social and political changes of the 20th century, they combined Marxist formulations with other lines of thought, believing that there was an alternative system to capitalism and socialism.

Guided by social changes and actions, this path would lead to the development of a fairer society.

The Relationship Between The Cultural Industry And Mass Culture

By promoting massification and the transformation of culture into merchandise, the Cultural Industry fostered the emergence of mass culture.

Together with the media, it supports the propagation of mass culture, which is directed towards consumption by as many people as possible, in all social spheres.

Both have the same purpose: to standardize values, habits and traditions in favor of a consumerist lifestyle, sometimes disconnected from reality and unable to question it.

What Are The Consequences Of Mass Culture?

One of the consequences of mass culture is cultural homogenization , which considers any cultural manifestation that does not encourage the exacerbated consumption of goods and services to be strange.

Content transmitted by mass media also contributes to the formation of individuals who are incapable of deepening social analysis or developing their critical thinking, as they are based on preconceived values.

In other words, mass culture can lead to cultural impoverishment among the most numerous layers of the audience, who have little access to alternative means of information and entertainment.

See what expert researchers from the State University of Paraíba say:

“Consumers assume a passive role, whose role is reduced to choosing between buying or not buying. In short, the cultural needs of the masses are exploited for profit and, consequently, for the maintenance of class rule.”

By favoring integration between classes, mass culture would also lend itself to hiding the differences that exist between them, including social inequalities and even injustices.

Main Examples Of The Cultural Industry In The World

Since the 1990s, which marks the beginning of globalization, the world Cultural Industry has been greatly influenced by North American ideals , fundamentally capitalist and consumerist.

News networks and TV news have a habit of transforming catastrophes into real shows, holding the public’s attention with real-time updates.

Still in the journalistic field, sports reports are another example of a product of the Cultural Industry, as well as sensationalist newspapers and programs.

On television, reality shows in different countries, such as Big Brother, promote the spectacle of intrigue and the de-characterization of individuality, dictating socially acceptable behaviors.

With the advent of the internet and the rise of the web, the influence of the United States starts to compete with productions from other countries , such as the hit “ Gangnam Style ”.

Produced in South Korea, it went viral shortly after its release in July 2012.

The music video was the first of its kind to surpass one billion views on YouTube, attracting the attention of world leaders at the time, such as British Prime Minister David Cameron and US President Barack Obama .

Another worldwide phenomenon is Korean popular music (k-pop) , which mixes different visual elements and has been gaining ground, especially among teenagers and young people around the world. 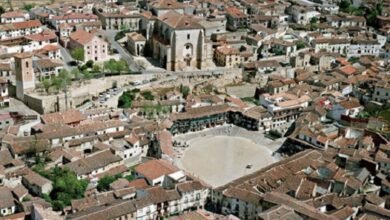 Humanized landscape with characteristics and examples 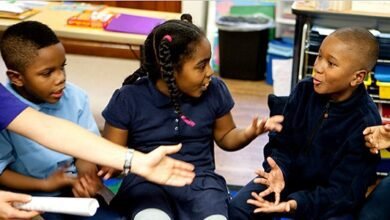 What is latency period with Resources and Internships 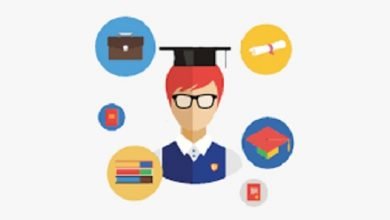 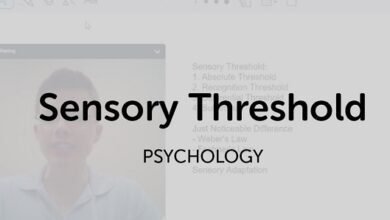 Sensory threshold and how they define our perception