Style is widely used to shape what is written. Just as we dress in different style of pants, garment shirts, using different colors depending on the time of the year or the season, so the style is the narrator’s dress that exposes with the purpose of attracting the attention of those who see it, in this case of the one who reads his writing. Style in linguistics

The purpose of this style work is to have a concept of what style is, how style is classified and what elements are taken into account when classifying them. Characteristics of these and differences from each other.

The different styles are also listed each with a clear and simple example so that the reader does not have any inconvenience when applying it to any writing or personal walk .

This work was based on the methodology of research where I lean on various sources of information such as books like text , internet , etc.

He who leaves a mark because he thinks; nails, because it impresses; like, because it captivates and admires; leaves a mark , because it denotes the author’s culture , tastes, personality , way of being, sign and sign of many things, be it knowledge, ability, training, points of view, independence , are living parts of the writer who has left his trail in the arts, literature , science , religions , something so experiential that it personalizes and differs from others, but nevertheless it is invisible, it is not even known that it is had and nor can it be safely define; Everything is said, we are all on the same level, we see, hear and think almost the same, but nevertheless, each one gives it its particular form.

Each author is a new style. Exactly inimitable., Ineditable, absolute it would be said.

Two authors may resemble writing, but their styles will never be an exact copy of each other. Nor that they deal with the same subject. Or use equal words. Or that they put in their works the same fervor.

Two fundamental elements integrate it, the spirit and the literary technique. Predominating the spirit, which is like saying, pain, joy, anguish, hope, hate, love , cynicism, brotherly sincerity. Style in linguistics

Classification of style according to objective or subjective

They are classified as DIRECT AND INDIRECT

It is one in which the person who speaks or writes repeats textually what another person or himself has said. Also in the direct style the character speaks and not the narrator. This style is objective because the author tries to give the text an exact expression of things. This narration is usually indicated with stripes or quotes.

He told them: – I am the way, the truth and the life; nobody comes to the father but it is for me. “

It is where the author or narrator indirectly quotes what the character said. The author exposes what he thought happened in the narrative. When writing the writer judges and explains what he thinks about something, a story, a fact, etc. It should also be noted that in the indirect style the narrator is the main figure and narrates indirectly citing the character. Style in linguistics

“They in a voice cried out if He would show them the way, to which Jesus claimed to be the way, the truth and the life and also added that no one would go to the father except through him.”

Classification of the style according to the level of language used.

It is characterized by its select theme, specialized lexicon. An indirect language is used that consists in designating the objects or actions through periphrasis. This style is widely used.

“After the initial excitement – logic in that situation – we began to chat. Soon we realized that our meeting had not been casual. Although she had very clear intentions, and so repeated it several times That afternoon we confessed our sorrows to each other, and this relationship began that has turned my life around. […]

After two or three meetings I came to the conclusion that she had decided to erase from her mind any possibility of maintaining a stable relationship with a man . I don’t know what experiences he had, but I began to think that he didn’t explain his past relationships in detail. ” Style in linguistics

It is used both in verse and prose. This style shows the predominance of stylistic figures, words with a connotative value . The predominant language is artistic or aesthetic .

The author tries to arouse pleasant and unpleasant emotions and feelings.

Ex. ” Behold, you are beautiful, my friend. Your eyes between your gums, like a dove; your lips like threads of grana, and your beautiful speech. Your neck like the tower of David built for armory.” Songs 4

It is used daily in simple communication . Its terms are common, direct and plain. In this style the vulgar, incorrect words, etc. abound. This style is characteristic of the idealistic culture . Style in linguistics

“At that time it was obligatory to eat all together, children, grandchildren, cousins ​​and Uncles at the table in the living room near the railing. The avocado and the bean-filled conon were never lacking in a meal.

Deep white plate. Yes! my grandfather always left the snack for the old woman; and in the afternoon he was fixed on his guano table. “

In this style, the writer must convince the reader, not only with reasoning, but with facts. Denotative words are used directly in this style. This style is accurate and precise; the many verbs and the ornate words are also avoided. The method used is that of logical argumentation, based on facts and conclusions, theorems and proof. Style in linguistics

” Water is composed of 2 molecules of Hydrogen and one of Oxygen , resulting in the scientific composition or formula H2O. This composition is standard in its natural state and is also unalterable, which means that; it does not matter the volume or mass , the H2O composition will maintain its characteristics. “

It is a style in which the narrator tries to give it life, through descriptive liveliness; highlighting the fundamental, so that in this way, it is firmly engraved in the imagination of the reader. 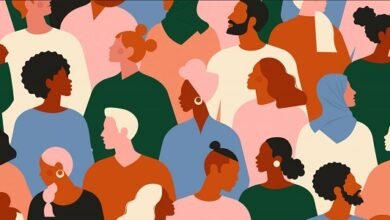 Difference between Custom and Tradition with characteristics and examples