Post structuralism is a philosophical movement and literary critic of the twentieth century, which began in France in the late sixties. It is based on the linguistic theories of the Swiss lawyer Ferdinand de Saussure, the concepts of the French anthropologist Claude Lévi-Strauss (related to structuralism ), and the concepts of deconstruction of the philosopher Jacques Derrida.

According to this theory, language does not act as a communication tool with some external reality, as is often theorized. Instead, language creates a communicative world from the relationship between some words and others, without depending on a connection with “the external world.”

This movement, moreover, was characterized by widely criticizing structuralism. However, many of the authors related to this movement have denied the existence of the poststructuralist concept. Many of them are inspired by the theory of existential phenomenology.

The post structuralism movement emerged in France in the late 1960s and was characterized by its strong criticisms of structuralism. During this period, French society was in a delicate state: the government was on the verge of being overthrown in 1968 after a combined movement between workers and students.

Furthermore, the French Communists were increasingly supporting the oppressive policies of the Soviet Union. This resulted in an increase in civilian discontent against political authority, and even against the system of government itself.

The main cause of this discontent was a new search for political philosophies to which the people could adhere. Orthodox Marxism, practiced to a large extent by the Soviet Union, ceased to be viewed favorably, however the Marxism of the Western world began to be regarded as superior.

One of the main authors of this movement, Michael Foucault, claimed that these very different perspectives were the consequence of limited knowledge. In fact, he considered them a consequence of the criticisms of the philosophy and culture of the Western world.

Derrida’s essay was one of the first texts to propose a series of changes to the politics of structuralism. In addition, Derrida sought to generate theories about terms included within structuralist philosophy, but which were no longer treated as tools of philosophy.

Derrida’s essay was emphasized by Foucault’s work in the early 1970s, when poststructuralism had already begun to gain more force. Foucault is considered to have given a strategic sense to the theories of movement, presenting them through the structure of historical change.

From these ideas, many other authors emerged who continued the poststructuralist movement through texts faithful to the new philosophical trend.

For the authors of post structuralism, the concept of “I”, seen as a coherent entity, is nothing more than a fiction created by people.

This movement maintains that an individual is composed of a series of knowledge and contradictions, which do not represent an “I”, but rather a group of characteristics such as gender or their work.

In order for a person to fully understand a literary work, they must understand how this work relates to their own concept of “I”. That is, it is crucial to understand how a person sees himself within the literary environment he wants to study.

This is because self-perception plays a crucial role in interpreting meaning. However, the perception of the “I” varies depending on the author studied, but almost everyone agrees that this entity is constituted from discourses.

For post structuralism, the meaning that an author has wanted to give to his text is secondary; the primary thing will always be the interpretation that each person gives to the text, from their own point of view.

Poststructuralist ideas do not agree with those who say that a text has only one meaning, nor a single main idea. For these philosophers, each reader gives his own meaning to a text, starting from the interpretation he has in relation to the information he reads.

This perception is not only limited to a literary context. In poststructuralism, perception plays a crucial role in the development of each individual’s life. If a person perceives a sign, this person assimilates and interprets it in a particular way.

Signs, symbols and signals do not have a single meaning, but have several meanings which are given by each person who interprets them.

Meaning is nothing more than the understanding that an individual builds about a stimulus. For this reason, it is impossible for a stimulus to have only one meaning, since this is different for each individual.

It is important to analyze the way in which the interpretations of a text can change, according to a series of different variables.

That is, when the identity of the author is set aside when analyzing the text, the text changes its meaning partially or almost completely. This is because the author himself no longer influences what is read, but the reader is the one who becomes the central focus of the interpretation.

When an author takes a back seat, the reader must use other sources as a basis for interpreting the text. For example, the cultural norms of society or other literary works can be valid tools to interpret a text in a poststructuralist way.

However, as these external sources are not authoritarian but rather arbitrary, the results of the interpretation are often not consistent. This means that they can give different interpretations, even if the same basis of analysis is used repeatedly.

One of the main theories that revolves around poststructuralism is the construction of texts through the use of binary concepts. A binary concept refers to two “opposite” concepts.

According to structuralist theory, a text is built by these concepts, which are located in a hierarchical way within its entire structure. These types of binary systems can refer to concepts such as man and woman, or simply to ideas such as the rational and the emotional.

The way to achieve this is through a “deconstruction” of the meaning of each concept. By analyzing them in depth, it is possible to understand what are the characteristics that give the illusion of a single meaning to each concept.

By interpreting it, it is possible to understand what textual tools each person uses to give each text or each symbol its own identity.

Post-structuralism can be understood, in short, as a set of philosophical critiques of structuralist theory. Structuralism had been a very fashionable movement in France, especially in the 1950s and 1960s.

Structuralism analyzed the structures that certain cultural assets, such as texts, have to be interpreted through the use of linguistics, anthropology and psychology. Basically, structuralism starts from the notion that all text is encompassed within a structure, which is followed uniformly.

For this reason, many structuralists incorporated their work to other already existing works. The notions of poststructuralism criticize the structural notion of its previous counterpart, seeing texts as tools used by readers to be interpreted freely by each one.

In fact, the concepts of poststructuralism are derived entirely from criticisms of the concept of structures. Structuralism sees the study of structures as a cultural condition, so it is subject to a series of misinterpretations that can yield negative results.

Therefore, post structuralism studies the knowledge systems that surround an object, together with the object itself, to have a complete notion of its interpretive capacity.

Representatives and their ideas

Derrida was a French philosopher, born in 1930, whose contributions are considered one of the main factors in the beginning of the poststructuralist movement.

Among his most outstanding actions as a professional, he analyzed and criticized the nature of language, writing and interpretations of meaning in the field of Western philosophy.

His contributions were very controversial for the time, but at the same time they widely influenced a large part of the intellectual community of the planet throughout the entire 20th century.

French theorist Jean Baudrillard, who was born in 1929, was one of the most influential intellectual figures of the Modern Age. His work combined a series of fields, among which philosophy, social theory and representative metaphysics of various phenomena of his time stand out.

Baudrillard denied the “I” as a fundamental element in social change, supporting poststructuralist and structuralist ideas that went against the French beliefs of thinkers such as Kant, Sartre and René Descartes .

He was an extremely prolific author, since throughout his life, he published more than 30 renowned books, addressing social and philosophical issues of great relevance for the time.

Foucault was a French philosopher born in 1926, as well as being one of the most controversial intellectual figures the world had in the post- World War II era .

Foucault did not seek to answer the traditional questions of philosophy, such as who are humans and why do they exist. Instead, he interpreted these questions to critically examine them and understand what kinds of answers people were inspired by.

The answers obtained based on the understanding of these questions were his primary criticism in the philosophical field. He was one of the great exponents of poststructuralism in the world, although he led him against well-established ideas of the time. This caused it to be criticized by intellectuals worldwide and, particularly, in the west of the planet.

Judith Butler is an American philosopher whose contributions to philosophy are considered one of the most influential of the 20th century and the present.

Butler defined poststructuralism in a similar way to other renowned authors, such as Derrida and Foucault. He spoke about the complexity of binary systems of concepts and explained the ambiguity that exists in the field of linguistics when it comes to interpreting texts.

Her ideas not only revolutionized feminism globally but also reinforced post-structuralist thinking already established at the end of the 20th century.

Barthes was a French essayist, born in 1915, whose work in the field of writing served as reinforcement to previous works of other intellectuals to establish structuralism.

In addition, his work promoted the emergence of other intellectual movements, which gave rise to poststructuralism. 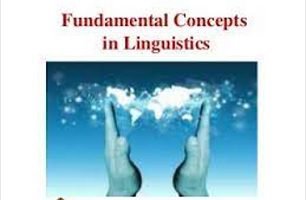 Principles and Major Concepts of Linguistics