Likewise, the informative chronicle recreates the atmosphere around which the public events to which they refer take place. This maintains a trend of journalism that began between the seventeenth and eighteenth centuries of stories told chronologically. According to experts, this is the only way to guarantee the characteristic objectivity of this genre.

As for the name, it comes from the Greek term kroniká, derived from Kronos (time), which means to make a story keeping the timeline of events. In this way, readers are guaranteed to understand how the narrated events happened.

The informative chronicle has its antecedents in the literary chronicles and translations of historical texts written in Latin. These writings date back to early Christianity around the 16th century.

Among them are The Chronicle of Florence by Paolini di Piera and Chronicles and Admirable Deeds of the Emperors of the West by William de Gueroult.

The informative chronicle should have an entertaining style, if possible with anecdotes and curiosities. Information should be presented in detail and framed in context. Also, rather than concentrating on the “what”, this type of chronicle focuses on the “how”.

In the news report, the objective and the subjective complement each other. Similarly, value and interpretative judgments are subordinated to the narration of events and presentation of data. In essence, the news event is expanded, detailed, and discussed.

The subgenres depend on the topics covered. These can be events from everyday life, police and correspondents. Informative chronicle characteristics structure

The events of daily life deal with events that present a strong dose of human interest that can range from gossip in the hall of the government palace to the realization of a musical concert.

On the other hand, police news reports deal with matters related to law enforcement or justice cases. Collateral aspects are also dealt with in this type of coverage. These include the state of mind of the community, movements of the press and the attitude of those involved and their relatives.

Lastly, the correspondents ‘chronicles deal with information from cases generated outside the journalists’ operational base. This type of chronicle can be internal or external to a country. The action of a correspondent journalist in these cases is vital since their comments add value to the information.

Strictly speaking, there is no universal way to structure a news story. Generally, the chronicler is free to write it according to his taste and practice.

However, as a general guide, they are usually structured according to three elements: entry, body or news, and comment or conclusion.

Likewise, there must be human quality in the narrative throughout the structure. To present a compelling content for the reader, literary resources should be used.

Among them we can mention metaphors , hyperbole, antithesis and antiphrase, among many other resources.

The entry is usually a title or introductory phrase. In most cases, it is concise and very expressive to attract the attention of readers.

It is advisable to start with a description of the situation that made or makes the news, in this way the expectation is increased. Informative chronicle characteristics structure

In the body or news, the exposition and development of the facts is made in an orderly and sequential manner. This exhibition must be realistic and cover each of the events that occurred. The language used should be simple and direct, avoiding complicated phrases and infrequent words.

The end of an informative chronicle is a brief opinion or commentary of the chronicler. This is generally done in the third person and serves as closure and reflection.

It is usual that this part is more subjective, since the chronicler here exercises the freedom he has to show his position in the face of the facts.

“Maite Chaccerri (21) lived with her partner Damián Yaurivilca Tapia (22) and the day she celebrated her birthday in a restaurant located in Ate Vitarte, she decided to end the relationship. However, she never thought that the man she loved would attack her.

According to statements by the victim’s father, the affair was problematic. “My daughter lived with the man and then she had so many problems that as parents we had already separated her,” said Maite’s father, Jaime Chaccerri.

Apparently, Damián Yaurivilca could not have endured that his partner ended the relationship. So he picked up a fork to stick it up his nose. The young woman began to scream out of despair and this alerted the people who were around in the Ate district. The young woman was seriously injured….

Cases of violence against women have increased and the outrage over cases of femicide and brutal beatings against women is more evident. Let’s remember that recently the collective ‘Ni una menos’ held a sit-in in front of the Palace of Justice “

“Alicia García is sitting in a chair in the provisional morgue in Escuintla. She is a 52-year-old grandmother, although her eyes and skin look 10 years older. Slim and dark, she wears two blouses, one over the other, with a long skirt that goes past her knees.

He wears bandages on both calves, which are the result of the worst tragedy he has had to live in his life: he lost his home, burned both legs and does not know where his daughter-in-law is. Alicia García is a survivor of the eruption of Volcán De Fuego. Informative chronicle characteristics structure

The pyroclastic material — the name experts use to call the cloud of ash and lava fragments circulating in air and steam — consumed the community in which García lived.

What on June 2, 2018 was San Miguel Los Lotes (Escuintla), the afternoon of June 3 was a beach. This is how the neighbors describe it, because of the gray almost white ash plain that is now the community, in which no one knows for sure how many people lived … “ 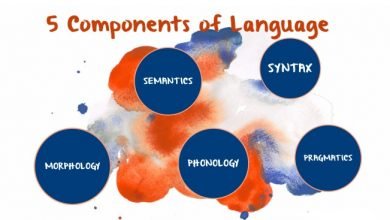 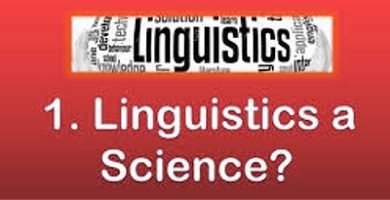 Linguistics as a science