In linguistics, the theories that are grouped within formal grammar call linguistic competence the set of knowledge that allows us to understand and produce a potentially infinite number of grammatically correct sentences, with a finite number of elements. In addition, certain approaches that are located in functional grammar understand that the term must also include some knowledge about the adequacy of a statement to the context of the situation in which it occurs. Competence and Communicative competence

For Howard Gardner, linguistic competence is the intelligence that seems to be shared in a more universal and common way throughout the human species. He considers that the marrows of such kind of intelligence are phonology and syntax, while the semantics and pragmatics relate more to the logical-mathematical intelligence and interpersonal intelligence. Thus, it defines linguistic competence as that which allows the processing of information from a system of symbols to recognize the phonological, syntactic, or semantic validity in an act of meaning of that language.

For Chomsky, linguistic competence is the ability of every human being innately to be able to speak and create messages that they have never heard before. This competence focuses on the grammatical operations that the individual has internalized and they are activated as their colloquial capacity develops. In other words, language is born from within the individual and not from the social as Saussure argued. What the teacher has to do is develop this linguistic competence in the student by making him speak and teaching him vocabulary and not just grammar. Linguistic competence becomes a reality through generative rules that are related to grammar, which is knowing how to organize and structure oneself. Competence and Communicative competence

the promotion of reading in the classroom must be essential, through reading the individual understands and interacts in society. Most of the things we know, we learn through books.

Competence to speak and listen

these are two essential concepts in our society, we must listen and understand, human beings need to speak to communicate, relate, and transmit messages through their language. Students must learn to understand what they hear and express themselves correctly in order to establish good communication.

Competence in the composition of texts

Multilingual and multicultural competence: in the last decade there has been a considerable increase in linguistic diversity, today in the same classroom there may be several cultures, this should not be an obstacle for teaching-learning, but an opportunity to enrich and learn about other cultures and other languages.

It should be noted that they are divided into three poetic, narrative, and dramatic texts.

Umberto Eco conceives two pragmatic approaches, one pragmatic of meaning and the other of communication, since phenomena such as textual coreference, topic, textual coherence, reference to a set of knowledge, conversational implication, and many others, concern an effective communication process and no system of signification can foresee them.

Thus, the encyclopedic competence is taking shape, referring to the ability to put into play, in the acts of meaning and communication, the knowledge that the subjects have and that is built in the field of school or socio-cultural culture in general. , and in the local and family micro-environment.

From communication, three major competencies are outlined, argumentative, interpretive, and propositional. In the argumentation, the actions that directly legitimize and account for what is stated in the communicative act are valued, in order to expand the confrontation of meanings and the capacity for decision in situations, it is related to speech, rhetoric, and ethics. In interpretation, a system of rules is mastered to infer possible expressions, it is related to reading, hermeneutics, and semiotics. In the proposition, a new meaning is formulated or produced that is given in the actions of confrontation, refutation, or in the alternative solutions planted in front of a text or speech; it is related to writing, pragmatics, and criticism. The ability to listen is important in all three communication skills.

Due to the increase in immigration in the world, many people whose language is different from the local use public services. In principle, all people should have access to these services, since in many cases equal access is required by law. Also, good communication is important so that they can provide effective help to those who use them. In this sense, communication problems can lead to wrong decisions and poor results, so communications that are adapted to people with limited skills in the language of the country in which they reside should be offered.

A systematic review of four comparative studies examined the effectiveness of communication aids between public services and immigrants. These grants were divided into three categories: 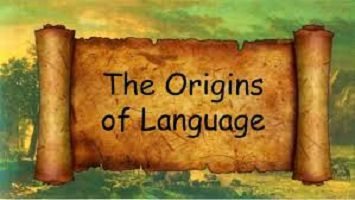 The Theories of Origins of Human Language with explanation

Asterisk with description usage and examples in detail