The previous competition gives place and relevance to the following three. In the case of Paralinguistics, it is a set, one could say infinite, of additional elements that accompany the language (either written or oral), and that help to complement it. Let’s see it with an example: a message like “I like roses ” can vary in different ways depending on the intonation and intentionality that a person gives when saying it. This same phrase can be said in various tones, such as serious, scolding, seduction, indifference, question, affirmation, and so on. Being the same message, different emphases give it different interpretations. In this article we will elaborate the Types of competencies in linguistics.

In the case of written language, it is the graphic resources that determine paralinguistic possibilities of expression. The handling of blank spaces, margins, layout, the use of bold, italics, capital letters, allow different nuances to the same text because although its content is the same, the way it is distributed, decorated, or the text is arranged, decisively influences the way it is interpreted by the reader.

It is the development of capacities to convince and persuade others. We communicate because we want to influence the decisions, opinions, knowledge, attitudes, or preferences of others. Our communication always seeks, as the ultimate goal, to achieve something from someone. The writer of a book uses various strategies to make us believe his story; the director of a movie theater organizes such scenes to show us that his story is credible; our boss speaks to us in a certain way so that we obey his orders; the adolescents employ certain strategies to obtain that permission Dad or Mom without which it could not go out with friends; on tv, we are shown attractive products that advertisers expect us to buy; journalists show us figures and images in newspapers and magazines so that we can create the information provided; the teachers explain to us step by step the details of that theory, model, equation or concept; in the subway, we are constantly insisted on a series of behaviors necessary for a safe and pleasant trip. Thus, infinitely, we could extend the list. With these examples, it is enough to see how behind each communication process between human beings, there is the purpose of influencing their opinions, knowledge, or attitudes.

That’s the pragmatics: the set of resources, strategies, tactics, that we use to influence the decisions and opinions of others. As we are social beings, we need the approval of others. Our basic needs (clothing, food, housing…), as well as our secondary needs (comfort, professional fulfillment…), depend to a great extent on others. That is why we need your favors, your company, your approval, your knowledge, your experience … well.

Pragmatics is a fundamental competence in professionals since we must make decisions every day and we need the support of others to make them come true. It is also important because a large number of activities carried out by professionals are proposals that need to be approved by others to be carried out. A planned budget a program of the security industry, a design proposal, an initiative to improve service to the customer of the organization, a proposed investment or a business proposal … are some examples of situations in which daily professional we need pragmatics to achieve our work and personal goals.

Tasks like the previous ones require the production and comprehension of written texts. That is the goal of textual competence. The text is a fabric (from the Latin textus ), and as such, when being read, it requires an adequate use of the tools for understanding. The reader must scroll through the frameworks of meaning proposed by the text. This in terms of one facet of the text, the facet of reading- understanding. On the other side, that of production, the writer must have a repertoire of competencies typical of writing such as cognitive, communicative, and technical, whose contributions are simultaneous: the first provides the formal categories in the thinking of who write because in the text there are approaches, propositions, arguments … that require a certain intellectual level. Regarding the communicative, if the text is understood within a process of exchange between people, it will be easily deduced that it requires management of communicative contexts to produce texts that are clear about their objective.

As for technical competence, it is about the handling of writing devices: the pen, the pencil, the typewriter, the computer, and others.

Textual competence, referring to the development of capacities to understand and produce texts is fundamental for all people, especially for professionals, since a large number of processes related to companies and institutions have to do, either with reading ( manuals of instructions, procedures, etc.), or with the writing of all kinds of texts ( reports, letters, projects, minutes, protocols, manuals, etc.).

In the academy, textual competence is of special interest, since the written text has been chosen by the culture to be the depository of its knowledge, so a good part of the students’ performance has to do with their abilities and possibilities of reading writing. As for the first ( reading ), the passage from school to university means the student has access to more complicated texts, with texts full of technicalities. The writings to be read in college differ in form and purpose from those in college. That is why the student finds it difficult to interpret them. Sometimes, this is due to the fact that the university book does not have the didactic purpose of helping another to access a certain knowledge (as was the case in the books text school), but has been written by an expert who realizes his advanced knowledge in a subject.

On other occasions, they are books whose purpose is not precisely to facilitate knowledge, that is, they have not been written to disseminate any particular subject, but have been written, explicitly, to be studied. In other words, they were not written to be enjoyed so much as to be analyzed. These are popularly known in the university world as “bricks”, and students do not talk about “reading” them, but about “putting their teeth in”.

The complexity in the writing of these is not given only by the inability of the writer to be clearer in his writing, but by the complexity of the knowledge that the text accounts for. The obscure writing of the treatises of philosophers such as Kant, Habermas, Lukhman, among others, is recognized by professionals from different areas. Thus, providing tools for text comprehension is an obligation of the university and a commitment of the student, who must decline their personal reading tastes.

In terms of attitudes (wanting to do) this is a fundamental element. Apathy for reading, associated with multiple factors, is one of the reasons why we are not a very competitive country. Reading distances us from the world, allows us to see other possible ways of being in it, to learn stories that can help us enrich ours. But not only what is written with numbers and letters is read. The image, the personal appearance, space, the city, the people … are texts that can be read. Feeding on everyday life, knowing places inside and outside the city and the country, watching television and cinema from other latitudes, accessing virtual communities around the world, listening to unfamiliar musical genres … are useful exercises not only to read and write better but, above all, to be better people and professionals.

The body communicates. The posture, the gestures, the gaze, the face, the hair, the hands… all are communication devices through which we are saying things permanently, even if we don’t know it. We are now talking about kinetic competence, the one in charge of advising us how we should handle our body according to the context in which we find ourselves. An interview of work, salon class, a college cafeteria, a lunch of business, a piece of theater, a concert, a formal ceremony … are different moments of which is expected behavior different from us, and such behavior has its equivalent in the disposition of the body. In other words, for each situation, there will be different expectations about the body.

The previous skills had to do with language. Both this and the following ones have more to do with the body and with the way we handle it. In our usual communication, the word is less important than the gesture. The latter defines intentions, qualifies the possible “meanings” (remember what was seen before in III.A. Linguistic Competence). With the body, we can complement, emphasize or contradict what is said with words. Sometimes we can even do without these to exchange our thoughts. However, the theoretical concern for non-verbal communication and understanding body language is recent in theory. This despite the fact that, according to cultures, non-verbal language can mean more than 80% of communication.

However, despite how relatively unimportant verbal language is sometimes (what is said and what is written), we have alphabets and syntactic-lexical codes to which to turn to resolve our doubts: dictionaries, compilation of grammatical norms, spelling, and syntactic; but we don’t have the same dictionaries, grammar and syntactic rules for body language.

We only have vague approximations of what raised eyebrows, crossed legs, open hands, or a straight back can mean. We do not know the language of the body (at least as far as theory is concerned), despite the fact that we are communicating with it daily. Confirming a deal, getting a special price, postponing an engagement, or even getting an appointment with someone important, are situations in which mastering our body, voice, and gestures are essential, no matter how aware we are of it. A communicatively competent subject will be the one who makes strategic use of the resources of kinesis.

Communicative competence is composed, according to the linguist Michael Canale, of four types of interrelated competencies: 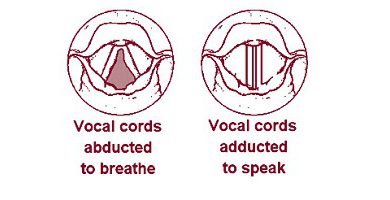 What is the difference between Rationalism and Empiricism/comparison table