There are many different hypotheses about how human memory works that often overlap. In recent years, research has shed light on important aspects of sensory memory, one of the oldest concepts in the field of scientific psychology applied to this basic process. In this article we will elaborate you the three Types of sensory memory.

In this article, we will define the characteristics of the three main types of sensory memory that have been described so far: iconic, echoic and haptic memory, which work with visual, sound and tactile stimuli, respectively.

What is sensory memory?

Sensory memory allows us to retain information obtained through the senses for a short period ; later, these signals will be discarded or transmitted to other stores of longer duration, working memory and long-term memory, through which it will be possible to operate with immediate stimuli.

The concept of “sensory memory” was coined by Ulric Gustav Neisser in 1967. His model was based on basic research and defined sensory memory as a record duration of decorta , unlimited capacity and precategory, that is, before the cognitive processing of the memory. information. and consequently beyond conscious control.

Earlier, in 1958, Donald Eric Broadbent had proposed the existence of a perceptual system through which all sensory stimuli would pass before reaching short-term memory and being filtered for conscious processing of the most relevant items.

In its original formulation, Neisser considered that there are two types of sensory memory : the iconic, which processes visual information, and the echoic, based on auditory and verbal stimuli. Subsequently, solid evidence was found in favor of the existence of haptic memory, related to touch and proprioception.

Although it is considered that there are probably short-term mnemic reserves for all the senses, those that have been studied in greater depth are iconic, echoic and haptic memory .

The most researched type of sensory memory is iconic, which records visual information. The most relevant contributions around this phenomenon were made by George Sperling in the 50s and 60s, but later authors, such as Neisser, Sakkit and Breitmeyer, updated the concept of iconic memory.

Through his pioneering studies with the tacistoscope, Sperling concluded that people have the ability to simultaneously retain 4 or 5 items after fixing their eyes for a moment on a broad set of stimuli. Other researchers have found that iconic memory persists for around 250 milliseconds.

In this case , the “fingerprint” is the visual fingerprint we keep in short-term memory. Currently, there is debate as to whether this icon is located in the central or peripheral nervous system; In any case, the prevailing view is that iconic memory is fundamentally a laboratory device with no ecological validity.

Most likely, this phenomenon is related to the persistence of neuronal stimulation in photoreceptors located in the retina, that is, cones and rods. This system could have the function of allowing the processing of visual stimuli by the perceptual system.

Similar to the iconic, echo memory was defined as a precautionary record, of short duration and with a very high capacity. It differs from the iconic by processing audible rather than visual information.

Echoic memory retains auditory stimuli for at least 100 milliseconds , making it possible to discriminate and recognize sounds of all types, including those that make up speech, which can be held for up to 2 seconds; therefore, echoic memory is fundamental in the understanding of language.

It is understood that this type of memory records auditory information in a sequence, focusing on its temporal properties. In part, how long the ecological footprint is retained depends on stimulus properties, such as complexity, intensity, and tone.

A notable phenomenon in relation to echoic memory is the recency effect, which is specific to this type of memory. It consists in the fact that we remember the last stimulus (or item) that we processed better than others that were presented immediately before.

Echoic memory has been associated with the hippocampus and different areas of the cerebral cortex: the premotor, the left posterior ventrolateral prefrontal and the left posterior parietal. Lesions in these regions cause deficits in the perception of visual stimuli and in the speed of reaction to them.

This concept is used to designate a mnemonic store that works with touch – type information and therefore with sensations such as pain, heat, itching, tingling , pressure or vibration.

The haptic memory has a capacity for 4 or 5 items, like the iconic one, although the footprint is held for longer, in this case around 8 seconds. This type of sensory memory allows us to examine objects by touch and interact with them, for example, to pick them up or move them around properly.

It is believed that there are two subsystems that make up haptic memory. On the one hand, we find the cutaneous system, which detects the stimulation of the skin, and, on the other hand, the proprioceptive or kinesthetic system , related to the muscles, tendons and joints. It is appropriate to distinguish proprioception from interoception, which involves internal organs.

Tactile memory has been defined more recently than iconic and echoic, so the scientific evidence available around this type of sensory memory is more limited than that of the other two we have described.

Tactile memory relies on the somatosensory cortex , especially on regions located in the superior parietal lobe, which store tactile information. Likewise, the prefrontal cortex, which is critical for planning movement, also appears to be involved in this function. 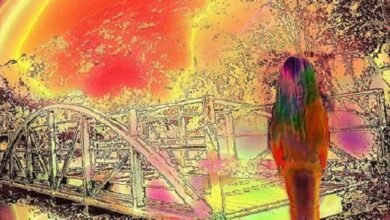 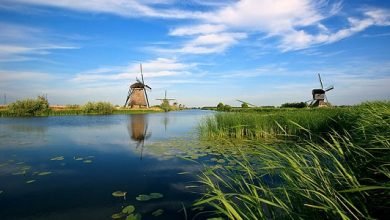 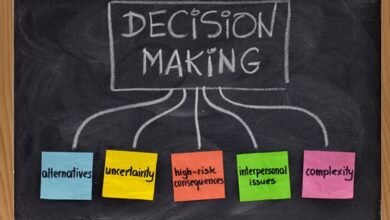 Decision making training structure and how it is used

What is Culture Industry/purpose/Characteristics/Mass Culture