Herbert Paul Grice ( 13 of March of 1913 , Birmingham , England – 28 of August of 1988 , Berkeley , California ) was a philosopher British , known for his contributions to the philosophy of language in the field of theory of meaning and of communication . His work, compiled in his work Studies in the Way of Words , has had great importance in philosophy and linguistic pragmatics, with implications and implications also in the field of cognitive science in general

Born and raised in the United Kingdom, Grice completed his first studies at Clifton College and then entered the University of Oxford . After a brief period of teaching at Rossall, he returned to Oxford as a teacher, where he taught until 1967 , then moved to the United States to take a teaching position at the University of California , returned to the United Kingdom in 1979 to give Some conferences. He died in 1988 still in his position as professor at Berkeley . Many of his essays and his book Studies in the Ways of Words were reprinted in 1979

Grice and the Meaning

Grice’s work constitutes one of the foundations in the modern approach to pragmatics . Their contributions to the study of the meaning of the speaker and the linguistic meaning, as well as the interrelationships between them, are mainly taken into account. It provided and developed, in effect, an analysis of the notion of linguistic meaning in terms of speaker meaning. To explain how non-literal utterances can be understood, he postulated the existence of a general cooperative principle in the conversation from which certain specific maxims derive.

Grice introduced the notion of implicatures to replace the implication , used until then, and which he considered inappropriate for his linguistic proposal. The context is a very important factor to consider when analyzing a text or a conversation, since depending on the communicative situation in which we find ourselves we can perceive in one way or another the meaning of what has been said. Not only does it depend on the context itself, that is, what surrounds you, but you also have to highlight the culture in which the action takes place. Therefore, depending on the culture the context will be understood in one way or another.

Grice formulates a theory in the opposite way to the contextual conception of interpretation of the statements. It is responsible for giving the language a new pragmatic approach and studies those principles that regulate the interpretation of the statements by building a kind of model to help us regulate how the communicative exchange occurs. Words can also have an added meaning, so that Grice creates this model to see what factors condition that new meaning.

When dealing with the principle of cooperation of Paul Grice, we understand that the main objective of the English philosopher was the discovery of pragmatic rules present in any discursive language that enable such linguistic act. In this way we can establish a kind of agreement between the interlocutors who develop a conversation, either written or dialogized, by which they define and define a “linguistic contract” that has certain “maxims”. Expressly going to the words of Paul Grice himself we find the following statement:

“Our communicative exchanges… are characteristically, at least to some extent, cooperative efforts; and each participant recognizes in them, to a certain degree, a common purpose or set of purposes, or, at least, a mutually accepted direction … In each phase, some possible conversational movements would be rejected by conversationally inappropriate. We could, therefore, formulate an approximate general principle that is expected to be observed by the participants (all other things being equal), that is: make your contribution to the conversation as required, in each sentence that occurs, for the purpose or the mutually accepted direction of the communicative exchange in which you are involved (Grice, 1975, p.45)

The communicative fact, then, needs the cooperation of its members. To give a simple example that verifies this theory, when we ask any question about the location of an establishment, street, or building, we seek the cooperation of that person we ask, we do not expect it not to answer us, just as we do not expect it to give us erroneous or falsified information, but quite the opposite, that is, we seek a solution to our problem. From the point of view of the one to whom we ask his intention, in most cases, it is to provide us with a solution, and for this his indications are brief and simple, which at the same time we also expect, that is, cooperation.

The cooperation, therefore, tries to provide the recipient with truthful, adjusted and clear information, so that it is useful, and for which it must meet the necessary maximums. These maxims were also delimited by Paul Grice with the following terminology.

–Maximum quality: Refers to the truth of the contribution, and also has two maxims; that what is said is not false, and that something is not said that there is insufficient evidence.

Maximum relationship: According to Grice himself, it is intended to “get to the point” of the matter and not deviate with subsections or digressions. It only has a sub-maximum; That the information is relevant.

Maximum modality or manner: The intention is to “be clear”. It comprises four sub-maxims; that darkness and ambiguity be avoided, and that it be brief and orderly.

These regulatory principles or maxims must be understood in a neutral state that is required, it must also be accepted that the speaker acts on the listener persuasively, not only cooperatively, and that the listener is the recipient of the message, not only cooperatively, but also as a patient of the intended action of the speaker. From this dialectical situation between cooperation-sincerity, on the one hand, persuasion-reserve, on the other there is a set of communicative strategies that we will try to explain with the following presentations.

Although this theory is exposed as such in Grice’s work in 1975, we can find persuasive acts already in classical rhetoric. At that time the training and discourse analysis was established around two Dicendi Arts , that is, two techniques or skill: Grammar and Rhetoric. Both were articulated around a series of qualities or “virtues”, which were exalted against their opposing vices. The Grammar possessed the virtue of the Puritas (purity or idiomatic correction), and the Rhetoric on the other hand possessed three others: the perspicuitas, the ornatus , and the aptum or decorum. In this way, and through the violation of these “first maxims” persuasion through language had a series of elements that facilitated or complicated, depending on how they were used, cooperation. Ricardo Escavy Zamora affirms in The principle of cooperation and antagonistic violations that linguistic performance is produced by the convergence of two factors: cooperation, and persuasion, the latter factor consolidates the basis of classical rhetoric. In response to the maxims presented by Grice it is important to say that in an infinity of occasions they are violated or infringed, but at the same time the infraction of the same ones, sometimes, supposes a cooperative principle by which the conversational implicatures appear. The violation of a maximum supposes in the majority of the cases an implied information. On those occasions we avoid and omit certain information, breaking the maximum amount, because we know that this information is already known by our interlocutor, but it is necessary that said jump or implication be known by the members of the conversation, so that cooperation is not It looks damaged. 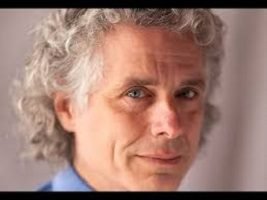 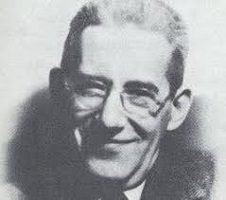