Language learning strategies were first introduced in the second language literature in 1975, when a study was conducted of who is good at learning a language . At the time, it was believed that a better understanding of the strategies employed by successful learners could help inform teachers and learners about how to teach and learn languages ​​more effectively. Initial research focused on documenting the strategies of good language learners. In the 1980s, the emphasis shifted to classifying language learning strategies. Strategies were first classified according to whether they were direct or indirect, and later they were divided into cognitive, metacognitive, or affective / social categories. In 1990, Rebecca Oxford published her landmark book, Strategies for Language Learning: What Every Teacher Should Know, which included a Strategy Inventory for Language Learning, or SILL, a questionnaire that was used in a large number of studies in the 1990s and early 2000s. -x. However, in the late 1990s and early 2000s, controversy over basic issues such as definition intensified when some researchers abandoned attempts to define the concept in favor of listing the main characteristics. Others have abandoned the term strategy in favor of ” self-regulation .

In 1990, O’Malley and Chamo developed a classification of three types of language learning strategies

This model was based on highly praised cognitive theory , but has also been criticized for the special nature of its third category.

Also in 1990, Rebecca Oxford developed a taxonomy to classify strategies into six headings:

control of one’s own knowledge through the coordination of planning, organization and evaluation of the learning process;

the use of context to fill in missing information when reading and writing; Affective – regulation of emotions, motivation and attitude to learning;

interacting with other students to improve language learning and cultural understanding.

In subsequent years, this classification system has been criticized for problems with separating mnemonic strategies from cognitive ones, when one of them is a subcategory of another, and the inclusion of compensatory strategies that relate to how the student uses the language, rather than learns it.

More recent studies have examined language learning strategies in more context-sensitive situations rather than general categories. That is, for example, when students study academic writing, they are likely to use a different set of strategies than they would if they were studying everyday conversation. The terms cognitive and metacognitive strategies remain common in strategy research, but others related to managing students’ own emotional state or social environment have been studied under the general term self-regulation.

The second problem associated with the study of language learning strategies is the ambiguity of the definitions of the basic concepts in this area. Researchers in the field, such as Ernesto Macaro, argue that there is no consensus on

Nonetheless, interest in the potential of learning promotion strategies remains high, as evidenced by recent books on the topic and a number of special editions of academic journals on the topic. A particularly important question for educators is whether learners can benefit from learning strategies, both in terms of improved language outcomes and increased learning self-efficacy. For example, in a study conducted in the context of England, Graham and Macaro (2008) found improved listening skills and increased self-efficacy in listening among French language learners who were trained in listening strategies. Another important issue is also the extent to which teachers have the knowledge and understanding of how to incorporate language learning strategies into their teaching, with research showing that.

Similarities of classical and operant conditioning/differences 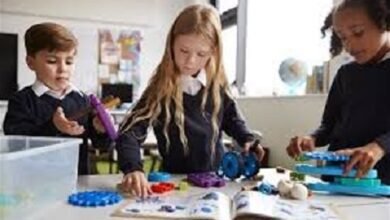