It is called phonetic assimilation to a process that consists of the pronunciation of a part of a word adapting and giving rise to a new sound, easier to pronounce according to the context, whether by adjacent or nearby segments. For example, the terms judge and even, which do not pose a particular difficulty in pronouncing them, evolved from judgar and hadta , respectively. Note that if such an adaptation had not occurred, its articulation in our language would be complicated. In this article we will describe the types of assimilation

Phonetic assimilation can occur under different conditions (proximity or adjacency) and also occur because of the previous word (in this case it is called progressive ) or with respect to the subsequent ( regressive ). Since the terms progressive and regressive generate some confusion, there are alternative names for such concepts, such as being anticipatory or from right to left and preservative or from left to right, respectively.

Phonetic Assimilation and its types

Below are types of assimilation

it is also called anticipatory and takes place if a phoneme uses phonetic features of the articulation of the one found immediately after;

occurs when the articulation of a phoneme is carried out using features of the preceding one directly;

similar to regressive assimilation by adjacency, but using a phoneme that is not found directly after the affected one;

similar to progressive assimilation by adjacency, but using a phoneme that does not directly precede the main one.

Phonetic assimilation according to distance

Regarding this type of phonetic change, Linguistics takes into consideration the distance in which the phonemes are found between which the Assimilation is established, distinguishing in this sense Contact Assimilation, as well as distance assimilation, situations that will be understood in turn as follows:

Similarly, Linguistics chooses to distinguish a type of phonetic assimilation whose main attribute is the sense in which it occurs, that is, if the phonemes that change are, within the speech chain, preceding or after phonemes that influence this change. In this sense, two types of Assimilation by meaning can also be conceived, such as those defined below:

Finally, Linguistics will also take in the case of Assimilation the magnitude or scope of the change in the phoneme, that is, if it comes to fully assume the characteristics of the phoneme that influences it, or if on the contrary it hardly assimilates some features. Therefore, the Assimilation by scope may be classified in turn into the following subtypes: 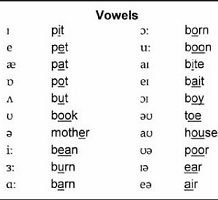