Agrammatic dysgraphia is a repetitive writing error caused by the underdevelopment of the grammatical structure of the language. It is characterized by incorrect word formation, inflection by gender, cases, numbers, violation of the coordination and control of words in a sentence, inaccurate expression of thoughts, insufficient coherence of presentation. Agrammatic dysgraphia is detected by the results of an examination of oral speech, analysis of written works. Areas of correctional work include the expansion of vocabulary, the formation of grammatical categories, the development of a coherent statement. Agrammatic dysgraphia classification

Agrammatic dysgraphia occurs in children with general speech underdevelopment, intellectual disability. According to research in the field of speech therapy, about half of older preschoolers have preconditions for the development of dysgraphia. However, in its pure form in school years, agrammatic dysgraphia is rarely diagnosed. Among second-graders, this form of writing disorder is detected in 5.6% of cases. It begins to manifest itself especially clearly from the 3rd grade when there is a transition from phonetic to the morphemic principle of writing.

The harbingers of this type of dysgraphia are multiple agrammatism in oral speech. The child incorrectly uses numbers, cases, prepositions, finds it difficult to tell a coherent story or retelling. Similar shortcomings are noted in writing.

At the vocabulary level, agrammatic dysgraphia is expressed in the incorrect spelling of endings when inflection by gender and numbers, declension by cases. Errors of prepositional control (“the girl is walking”), the coordination of the noun, and the adjective (“delicious lunch”) are revealed. Prepositions (“write on a notebook”) are used incorrectly, prefixes (collect – “take away”), suffixes (kittens – “kittens”) are replaced.

At the supply level, difficulties arise in constructing complex structures. The main clause changes places with a subordinate clause, sometimes it is omitted altogether or abbreviated. In a coherent text, logical and semantic sequences of presentation are violated. Agrammatic dysgraphia manifests itself to a greater extent when writing independently than when writing an auditory dictation or copying.

Grammatical mistakes can be made in words, sentences, and the whole story. Depending on this, agrammatism is divided into three groups:

The reasons of Agrammatic dysgraphia

The disorder is based on perinatal, early postnatal damage, or functional immaturity of the areas of the brain responsible for oral speech and the implementation of writing. This leads to a depleted lexical stock, the lack of formation of the grammatical system of the native language. Agrammaticheskaya dysgraphia in children with alalia, dysarthria, mental retardation, mental retardation. A separate group is bilingual children.

Children threatened by the development of agrammatic dysgraphia in the preschool period are often registered with a pediatric neurologist for residual organic brain lesions of perinatal genesis. Often, they are diagnosed with attention deficit hyperactivity disorder, insufficient development of fine motor skills, and school immaturity.

The task of identifying agrammatic dysgraphia is assigned to the speech therapist at the school speech center. For this, a survey of students is carried out at the beginning and end of the school year. Work with children at risk of developing dysgraphia should be started immediately. Diagnostic steps:

The prerequisites for impaired writing arise and can be noticed in a child long before the start of schooling. Risk factors for the emergence of agrammatic dysgraphia are:

Modern ideas about the mechanism of agrammatic dysgraphia associate it with the underdevelopment of the lexical, morphological, and syntactic system of the language. Grammatical errors – agrammatism – occur at the level of a word, sentence, or coherent text. The child does not have the skills of word formation and inflection, ideas about syntactic connections between the structural components of the sentence are not formed, text formation operations are violated.

The psycholinguistic theory of pathogenesis considers agrammatic dysgraphia as a consequence of a violation of internal programming and grammatical design of a speech utterance. The neuropsychological approach explains the writing disorder from the standpoint of a violation of the cerebral organization of speech activity: control and regulation of writing (frontal lobes), distinguishing grammatical forms by ear (temporal lobes), compilation and understanding of logical-grammatical structures (parieto-occipital lobes). Agrammatic dysgraphia classification

Students with agrammatical dysgraphia have poor grades in their native language. The decline in academic performance becomes especially noticeable towards the end of the 3rd – beginning of the 4th grade. Before that, the student may be good, but then the situation changes dramatically. Parents and teachers often accuse the student of laziness and lack of diligence. This fact further reduces the motivation for learning, provokes conflict behavior. Without speech therapy correction, elements of agrammatic dysgraphia can persist until high school.

The main tasks of correctional speech therapy assistance are to eliminate all types of agrammatism, both orally and in writing. Training is organized with a gradual complication of the material. In the classroom for the elimination of dysgraphia, correction is carried out in parallel in several directions: 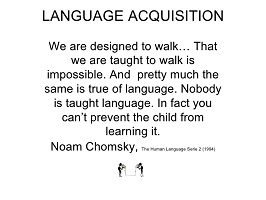