Dysarthria is a disorder of the pronunciation organization of speech associated with a lesion of the central section of the speech-motor analyzer and a violation of the innervation of the muscles of the articulatory apparatus. The structure of the defect in dysarthria includes a violation of speech motility, sound pronunciation, speech breathing, voice, and prosodic side of speech; with severe lesions, anarthria occurs. If dysarthria is suspected, neurological diagnostics (EEG, EMG, ENG, MRI of the brain, etc.), speech therapy examination of oral and written speech are performed. Corrective work for dysarthria includes therapeutic effects (medication courses, exercise therapy, massage, FTL), speech therapy classes, articulatory gymnastics, speech therapy massage. In this article we will describe the symptoms of Dysarthria.

Dysarthria is a severe speech disorder , accompanied by a disorder of articulation, phonation, speech breathing, tempo-rhythmic organization and intonation coloring of speech, as a result of which speech loses its articulation and intelligibility. Among children, the prevalence of dysarthria is 3-6%, but in recent years there has been a pronounced tendency towards an increase in this speech pathology. Dysarthria causes with classification

In speech therapy, dysarthria is one of the three most common forms of oral speech disorders, second only in frequency to dyslalia and ahead of alalia . Since the pathogenesis of dysarthria is based on organic lesions of the central and peripheral nervous system, this speech disorder is also being studied by specialists in the field of neurology and psychiatry.

Most often (in 65-85% of cases), dysarthria accompanies infantile cerebral palsy and has the same causes. In this case, organic damage to the central nervous system occurs in the intrauterine, birth or early period of the child’s development (usually up to 2 years). The most common perinatal factors of dysarthria are:

The severity of dysarthria correlates with the severity of movement disorders in cerebral palsy: for example, with double hemiplegia, dysarthria or anarthria is detected in almost all children.

In early childhood, damage to the central nervous system and dysarthria in a child can develop after the transferred:

The neurological classification of dysarthria is based on the principle of localization and a syndromological approach. Taking into account the localization of the lesion of the speech motor apparatus, they are distinguished:

Speech therapy classification is based on the principle of intelligibility of speech for others and includes 4 degrees of severity of dysarthria:

The speech of patients with dysarthria is slurred , indistinct, obscure (“porridge in the mouth”), which is due to insufficient innervation of the muscles of the lips, tongue, soft palate, vocal folds, larynx, respiratory muscles. Therefore, with dysarthria, a whole complex of speech and non-speech disorders develops, which constitute the essence of the defect.

Articulatory motor impairment in patients with dysarthria may manifest as spasticity, hypotension, or dystonia of the articulatory muscles. Muscle spasticity is accompanied by a constant increased tone and tension of the muscles of the lips, tongue, face, neck; tight closing of the lips, restriction of articulatory movements. With muscular hypotension, the tongue is flaccid, lies motionless at the bottom of the mouth; the lips do not close, the mouth is half-open, hypersalivation (salivation) is pronounced ; due to paresis of the soft palate, a nasal tone of voice appears (nasalization). In the case of dysarthria occurring with muscular dystonia , when trying to speak, the muscle tone changes from low to increased.

Disturbances of sound pronunciation in dysarthria can be expressed to varying degrees, depending on the localization and severity of damage to the nervous system. With erased dysarthria, individual phonetic defects ( distortions of sounds ), “blurred” speech are observed . ” With more pronounced degrees of dysarthria, there are distortions, omissions, replacements of sounds; speech becomes slow, expressionless, indistinct. The general speech activity is markedly reduced. In the most severe cases, with complete paralysis of the speech motor muscles, the motor realization of speech becomes impossible.

Specific features of impaired sound pronunciation in dysarthria are the persistence of defects and the difficulty of overcoming them, as well as the need for a longer period of sound automation. With dysarthria, the articulation of almost all speech sounds, including vowels, is impaired. Dysarthria is characterized by interdental and lateral pronunciation of hissing and whistling sounds; voicing defects , palatalization ( softening ) of hard consonants.

Due to insufficient innervation of the speech muscles with dysarthria, speech breathing is disturbed: the exhalation is shortened, breathing at the time of speech becomes rapid and intermittent. Violation of the voice in dysarthria is characterized by its insufficient strength (the voice is quiet, weak, dry), a change in timbre (deafness, nasalization), melodic-intonational disorders (monotony, absence or lack of expression of vocal modulations).

Bulbar dysarthria is characterized by areflexia, amimia, disorder of sucking, swallowing of solid and liquid food, chewing, hypersalivation caused by atony of the muscles of the oral cavity. The articulation of sounds is indistinct and extremely simplified. The entire variety of consonants is reduced to a single slit sound; sounds are not differentiated among themselves. Nasalization of the timbre of the voice, dysphonia or aphonia is typical .

With pseudobulbar dysarthria, the nature of the disorders is determined by spastic paralysis and muscle hypertonia. The most clearly pseudobulbar paralysis is manifested in a violation of the movements of the tongue: great difficulties are caused by attempts to raise the tip of the tongue up, take it to the sides, and hold it in a certain position. With pseudobulbar dysarthria, it is difficult to switch from one articulatory posture to another. Typically selective violation of voluntary movements, synkinesis (friendly movements); profuse salivation, increased pharyngeal reflex, choking, dysphagia . The speech of patients with pseudobulbar dysarthria is blurry, indistinct, has a nasal tinge; the normative reproduction of sibilant and hissing sonors is grossly violated.

Subcortical dysarthria is characterized by the presence of hyperkinesis – involuntary violent muscle movements, including mimic and articulatory ones. Hyperkinesis can occur at rest, but is usually worse when trying to speak, causing articulatory spasm. There is a violation of the timbre and strength of the voice, the prosodic side of speech ; sometimes the patients erupt involuntary guttural cries.

A typical manifestation of cerebellar dysarthria is a violation of the coordination of the speech process, which results in a tremor of the tongue, jerky, chanted speech , and individual cries. Speech is slow and slurred; pronunciation of front-lingual and labial sounds is disturbed to the greatest extent. With cerebellar dysarthria, ataxia is noted ( unsteadiness of gait , imbalance, awkwardness of movements).

In view of the inarticulateness of speech in children with dysarthria, auditory differentiation of sounds and phonemic analysis and synthesis suffer for the second time. Difficulty and inadequacy of verbal communication can lead to an unformed vocabulary and grammatical structure of speech. Therefore, children with dysarthria may have phonetic-phonemic (FFN) or general speech underdevelopment (OHP) and associated corresponding types of dysgraphia.

Examination and subsequent management of patients with dysarthria is carried out by a neurologist ( pediatric neurologist ) and a speech therapist.

Based on the results of the examination, it is necessary to distinguish between dysarthria and motor alalia, motor aphasia, dyslalia.

Speech therapy work to overcome dysarthria should be carried out systematically, against the background of drug therapy and rehabilitation ( segmental reflex and acupressure massage , acupressure , exercise therapy, therapeutic baths , physiotherapy, mechanotherapy , acupuncture , hirudotherapy ) prescribed by a neurologist. A good background for correctional and pedagogical classes is achieved by the use of non-traditional forms of rehabilitation treatment: dolphin therapy, sensory therapy, isotherapy, sand therapy, etc.

In speech therapy classes for the correction of dysarthria , the development is carried out:

The order of setting and automating sounds is determined by the greatest availability of articulation patterns at the moment. The automation of sounds in dysarthria is sometimes switched to until the complete purity of their isolated pronunciation is achieved, and the process itself requires more time and perseverance than with dyslalia.

The methods and content of speech therapy work vary depending on the type and severity of dysarthria, as well as the level of speech development. In case of violation of phonemic processes and lexical and grammatical structure of speech, work is carried out on their development, prevention or correction of dysgraphia and dyslexia .

We hope that you have understood the symptoms of Dysarthria. 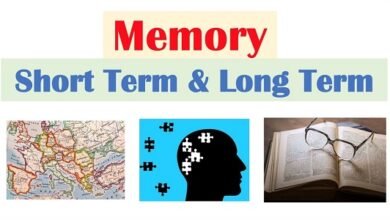 Different Types of memory phases Classification How to store