Primary progressive aphasia is the gradual decay of speech function in the absence of cognitive impairment. He makes his debut with speech stutters, agrammatisms, paraphasias, slowing down of speech, which are gradually transformed into gross motor or global aphasia. Progressive aphasia is diagnosed by EEG, evoked potential studies, brain tomography (MRI, PET-CT), neuropsychological testing. In the treatment, symptomatic pharmacotherapy is used (nootropics, NMDA antagonists, acetylcholinesterase inhibitors, SSRIs), speech therapy. In this article we will provide you the information about Primary progressive aphasia classification.

Primary progressive aphasia (PAP) is a slowly increasing but progressively progressive disorder that leads to loss of speech function. It was allocated as an independent nosology in 1982, although it was first described more than a century ago. In modern neurology, PPA is included in the group of focal neurodegenerative processes and occupies 20-40% in their structure. The average age of onset is 50 years, but there are known cases of primary progressive aphasia in patients from 20 to 82 years old. It takes about 7 years from the initial clinical manifestations to the complete collapse of speech.

Currently, several etiofactors are known that lead to the manifestation of primary progressive aphasia. The studied causes correlate with different forms of PPA. Among them:

The syndrome of primary progressive aphasia is pathomorphologically heterogeneous. The DNA-binding protein TDP-43 is responsible for DNA transcription in neurons in the cerebral cortex. Its excessive accumulation in the nuclei of neurons and the impossibility of excretion into the cytoplasm triggers the process of neurodegeneration. Clinically, this is expressed in the development of frontotemporal atrophy.

Tau protein is an important neurobiochemical regulator of neuronal development, the formation of microtubules in nerve cells. However, hyperphosphorylated tau protein forms neurofibrillary glomeruli that disrupt the functioning of nerve tissue.

Primary pathological changes in agrammatic progressive aphasia are found in the superior and middle frontal gyri, insular lobe. With the logopenic form of PPA, local atrophic changes are observed mainly in the posterior parts of the frontal and parietal lobes, with the semantic form – in the temporal cortex of the dominant hemisphere.

Taking into account the clinical variant of development, primary progressive aphasias are divided into 4 forms. They are based on the criteria of speech function disorder, features of pathomorphology and neuroimaging:

For all forms of primary progressive aphasia, a slow, gradual (over several years) increase in speech disorders is typical. At the same time, at least in the first two years, patients have no cognitive decline and any neurological symptoms. Subsequently, the language deficit grows rapidly and remains the leading one in the structure of the syndrome, a decrease in intelligence appears, a change in behavior, etc.

In the debut of this form of primary progressive aphasia, non-convulsive hesitation , stuttering , and pauses in speech occur . Speech activity gradually decreases. The patient begins to express himself in the “telegraphic style“, a foreign accent may appear in his speech . The understanding of the meaning of words and syntactic constructions is preserved.

It starts at the age of 50-60. Clinical signs include a reduction in vocabulary, alienation of the meaning of a word, and verbal paraphasias. Patients can describe or draw an object, but find it difficult to call it a word, poorly understand the meaning of low-frequency words. Counting is saved, writing and reading are partially impaired ( dysgraphia , dyslexia ), but reading / writing comprehension suffers.

Typical visual (including facial) agnosia , possibly the development of parkinsonism . The behavior of patients with semantic primary progressive aphasia is characterized by a loss of empathy, excessive pedantry, stinginess, obsessive-compulsive actions.

Initially, patients have difficulty finding the word they need, both when naming objects and in spontaneous speech. Because of this, speech becomes slower. Repetition of sentences is difficult. Phonetic errors are noted. There are no agrammatisms, understanding is not broken. Logopenic form of progressive aphasia often precedes the extensive clinic of Alzheimer’s disease.

Complications are associated with the progression of causal neurodegenerative pathology and language deficits. After the initial two-year period, speech difficulties, cognitive and behavioral abnormalities begin to grow like an avalanche. Patients gradually lose the ability to communicate, self-service, become dependent on the help of loved ones. In the outcome of primary progressive aphasia, profound dementia and total aphasia inevitably develop .

The correct diagnosis is rarely made in patients with progressive primary aphasia. Most cases are usually mistakenly classified as discirculatory encephalopathy. This is facilitated by the fact that the complaints of patients visiting a neurologist are nonspecific in the initial stages: forgetfulness of words and faces, difficulties in understanding. Confirm the PPA is helped by:

To date, no effective therapy has been proposed that can stop or significantly slow down the progression of PPA. We are talking about the possible stabilization of the state and maintenance of the quality of life. With a symptomatic purpose, the following are prescribed:

Patients with PPA are shown systematic sessions with a speech therapist-aphasiologist , a psychologist. In the process of logotherapy , an improvement in speech perception is achieved, a decrease in articulatory difficulties, although in general these positive changes are insignificant and are temporary in nature. To compensate for language difficulties, special mobile applications, PECS cards, can be used. 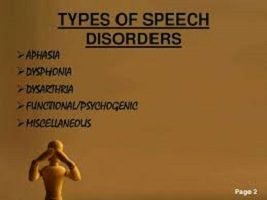 Difference between cognition and perception in detail