Alexia definition is a total disorder of reading skill, accompanied by the impossibility of visual perception and understanding of the text. With this violation, a person cannot learn to read or loses the ability to recognize letters and combine them into words. Alexia can develop in isolation or be combined with aphasia, agraphia. The disorder is diagnosed using neuropsychological and speech therapy testing, neuroimaging techniques (CT, MRI, PET of the brain). Correctional work is aimed at the development of visual-spatial functions, memory, attention, analytical and synthetic processes.

Alexia (“a” – negation, “lexis” – vocabulary, word) is also called “verbal blindness” or “visual aphasia” due to the impossibility of reading what is written. Close attention to the problem began to be paid more than a hundred years ago due to the increased interest in neuroanatomy and psychology. The “pioneer” in the study of pathology was the French neurologist J. Dejerine, who in 1892 for the first time described “pure alexia” with intact speech and localized the accompanying lesions in the brain. In modern speech therapy, a partial lack of reading is distinguished – dyslexia and a complete absence/decay of a skill – alexia.

Any reading disorder has a neurological basis and is associated with damage to the areas of the brain involved in this process. Isolated acquired alexia in most cases develops as a result of a violation of the blood supply in the pool of the posterior cerebral artery, which supplies blood to the posterior parts of the brain, including the visual cortex and the sulcus of the corpus callosum.

In addition, alexia can enter into the structure of various types of aphasia (motor, sensory) and occur as a result of damage to the corresponding brain regions. Biofactors of local disturbance of cerebral blood flow can be:

In children, the inability to learn to read is most often associated with unfavorable perinatal factors: hypoxic brain damage, intrauterine infections, birth trauma to the head, and SHOP. Also, the cause of alexia in childhood can be a deficit in speech contacts, autism, severe intellectual disabilities.

Isolated reading disorders (alexia without aphasia and agraphia) occur against the background of normal oral speech and its auditory perception. The function of writing is also preserved, but after a while the patient cannot read what he previously wrote. Recognition of words by ear is not impaired, only recognition of written text causes difficulty. The patient perceives letters as drawings, not understanding their meaning, mixes graphemes similar in spelling. Alexia reasons symptoms classification

The main symptom is slow letter-by-letter reading. Patients first try to identify each letter separately and then put them into a word. There is a “word length effect” in which long words are read more slowly and are less likely to be read correctly than short words. Recognition of numbers and other symbols (punctuation marks, mathematical signs) is also impaired, anomie often occurs. Isolated alexia is often accompanied by loss of visual fields ( right-sided hemianopsia ), color perception disorder.

Speech forms of alexia occur with the phenomena of aphasia: afferent motor, Broca, Wernicke, acoustic-mnestic. With gross forms of aphatic syndrome, reading disintegrates completely. In less severe cases, reading becomes slow, syllabic, guessing, multiple letter substitutions are noted. Global reading is available to some patients, they can correctly expand the captions under the pictures. With acoustical-mnestic alexia, it is not the reading technique that is disturbed, but the comprehension of a long text.

Patients with alexia lose the ability to read freely, and often speak and write, which negatively affects self-esteem, the possibility of learning, and professional realization. This is a serious disabling factor that interferes with full-fledged social interaction. Patients often develop a depressive syndrome, a feeling of hopelessness and doom. Mental experiences are often aggravated by physical weakness: impaired motor functions, the ability to self-service. Alexia reasons symptoms classification

Depending on the structure of reading disorders, 2 groups of disorders are distinguished:

To build a correction program, it is important to establish the nature and mechanism of the defect, etiology, and localization of the pathological focus. A patient with the reading disorder is consulted by a neurologist, clinical speech therapist, a neuropsychologist. The diagnostic search uses:

Logotherapy for alexia is built taking into account the central mechanism of speech impairment. In aphasia, this is the disinhibition of oral speech, overcoming kinetic and kinesthetic apraxia, activating auditory gnosis, expanding auditory-speech memory, restoring connections between the articulum, phoneme, and grapheme. At the stage of gross disorders, global reading is stimulated, in the future they move to the sound-letter analysis of the composition of the word. Alexia reasons symptoms classification

In the case of isolated alexia, priority is given to restoring the optical image of the letters. For this, kinesthetic, motor sensations, speaking, auditory actualization is connected. As visual perception is restored, they gradually move from letter-by-letter reading to letter-by-word reading, increasing speed, and retelling what has been read. 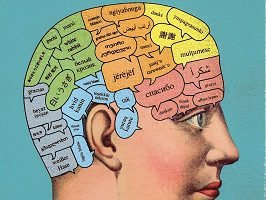 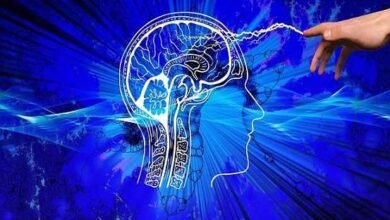 Types of memory in psychology types according to different aspects