Conversation analysis focuses on the way oral communication is organized in everyday exchanges. Describes verbal interaction practices as basic activities that regulate social life. The word, from this point of view, reproduces and explains the social roles played by the members of a given society and the way it is structured.

The term conversation analysis was introduced by H. Sacks and spread by EA Schegloff in 1968. In anthropology and sociology studies of that time, the origin of interest in conversation in the United States is within the limits of anthropology and sociology; hence its connections with ethnography, and, more specifically, with the ethnography of communication, which takes as its object and as a source of study analysis the linguistic activities that characterize a certain community, and relates them to its social context and to the communicative situation.

The central question of this perspective is how the participants cooperatively use the conversation to carry out social actions. We work for this with empirical data and inductively. Conversational interaction is conceived as an institutionalized social practice subject to laws with empirical regularities. This constitutes an autonomous field of research, accessed through scientific observation techniques. The analysis of the conversation is based on the recording of natural interactions in varied situations, which explains that in the relevant works of this current research, a wide space is dedicated to describing the procedures of the constitution of the corpus (recording and especially transcription) . This methodological basis is essential since decidedly inductive,

After analyzing various aspects in many conversations (structural organization of the conversation, taking conversational turns, type of contribution of each participant, overlaps, interruptions, etc.), social factors such as sex, social class, status are studied. , ethnicity, etc., or psychological attitudes to the interlocutor or to the topic of the conversation, such as passivity, aggressiveness, etc., which are constructed and reproduced through the verbal exchange. In this way, the linguist incorporates into his conception of the statement verbal as activity or act, its interactional conception. This has given rise to studies on communicative units not considered so far: interruption analysis, intonation resources to express new ideas, way of delimiting the topics in the conversation, integration of the verbal and the non-verbal, support markers (such as ah, well, etc.), gestures, looks or silences, all of which is reflected in the detailed transcriptions that are made.

Inspired by the ethnomethodology of Harold Garfinkel  and Erving Goffman ‘s conception of interaction order , CA was developed in the late 1960s and early 1970s primarily by sociologist Harvey Sacks and his close associates Emanuel Schegloff and Gail Jefferson. It is distinguished by the fact that its main focus is on the production of social actions in the context of sequences of actions, rather than messages or propositions. Today, AC is an established method used in sociology, anthropology, linguistics, speech communication, and psychology. He is particularly influential in interactional sociolinguistics , discourse analysis , and discourse psychology .

Conversation analysis begins by posing a problem related to a preliminary hypothesis. The data used in CA is in the form of video or audio recorded conversations, collected with or without the participation of researchers, usually from a video camera or other recording device in the space where the conversation takes place (for example , a living room, a picnic or at the doctor’s office). The researchers construct detailed transcripts from the recordings, containing as much detail as possible (Jefferson 2004; Hepburn and Bolden 2017; Mondada 2018). This transcript often contains additional information about non-verbal communication and the way people say things. Jefferson transcription is a commonly used transcription method .

After transcription, researchers perform data- driven inductive analysis with the goal of finding recurring patterns of interaction. From the analysis, the researchers identify regularities, rules or models to describe these patterns, improving, modifying or replacing the initial hypotheses. While this type of inductive analysis based on collections of data displays is basic to fundamental work in AC, this method is often supported by statistical analysis in applications of AC to solve problems in medicine and elsewhere.

While conversation analysis provides a method of analyzing conversation, this method is based on an underlying theory of what features of conversation are significant and the meanings these features are likely to imply. Also, there is a body of theory on how to interpret a conversation.

Conversation analysis provides a theoretical model of conversation that can be used to understand a conversation. A conversation is seen as a collection of turns like speaking; errors or misunderstandings in speech are addressed with repairs, and turns may be marked by the delay between them or other linguistic features.

Conversion analysis is based on three basic assumptions

1-The conversation is structured

The conversation contains invariant patterns – that is, it is structured. Participants are aware of the rules underlying the patterns. As a result, converse analysts refrain from trying to infer the speaker’s motivation from what he said or to attribute their conversation to individual characteristics. Such information is unnecessary because the conversion analyst is focused on the underlying structures that manifest in the conversation.

2-The conversation is contextualized

Conversation analysts reject preliminary theoretical frameworks and instead argue that the characteristics of the conversation in each empirical case must be deduced inductively from the data.

The analysis of the conversation covers, among other aspects, the following:

The goal of conversation analysis

“CA is the study of conversation in recorded interaction, which occurs naturally. But what is the objective of studying these interactions? Mainly, it is to discover how the participants understand and respond to each other in their turns in the conversation, with a central focus on how action sequences are generated. To put it another way, CA’s goal is to uncover the tacit reasoning procedures and sociolinguistic competencies underlying the production and interpretation of conversation in organized sequences of interaction. “

In recent years the process has been computerized thanks to text analytics , but what does a researcher do when applying conversation analysis?

In the first place, the researcher does not focus only on the conversation, if so, he would focus on discourse analysis , when we speak of conversation analysis we include verbal aspects, paralinguistic aspects and non-verbal communication .

To analyze the verbal aspects of a conversation we can use both video and audio recordings , but in both cases it will be necessary to have a transcript of what is said there.

Transcription is essential since it allows us to return to the content as many times as necessary, group the discourse into sequences of interest, such as a specific topic, and apply the three levels of discourse analysis: conscious, preconscious, and unconscious.

When the researcher works on verbal aspects, he focuses on:

The analysis is carried out on the video or audio recording, with the transcription next to it as a means of support.

When analyzing the paralinguistic aspects, the researcher characterizes the actions of the participants. In other words, it answers the question “what does this participant do with his turn to speak?” disagree, add information, complain…?

Finally, there is the non-verbal conversation, what the participants have told through their gestures .

The analysis of nonverbal communication is based on a series of conventions that allow us to interpret human behavior. For example, we all understand a certain head movement as an affirmation, we can interpret a laugh quite successfully as ironic, and we are also able to interpret a sigh in context.

In research involving individuals from different cultures, we must be careful with the interpretation of these conventions and have the support of researchers who know the cultures involved.

In addition to gestures, in the analysis of non-verbal communication, we also analyze turns of speech. The times that each participant intervenes, the way in which they take their turn to speak (by invitation, as a response, on their own initiative…) and also the way in which it ends. This will allow us to contextualize the interventions, determine power relations as well as the relationships established between the participants.

Conversation analysis assumes that human behavior is reasonable and meaningful, and this is the most effective method for understanding the representation of the world from the perspective of the participants.

Whenever a conversation takes place, the interlocutors who participate in it share a series of elements that allow them to understand what the other is saying, as well as share their thoughts with others. Let’s see some examples:

– INTERLOCUTOR 1: What are we going to eat today?

– INTERLOCUTOR 2: I warned him not to act like that or it would end badly.

It is clear that this conversation seems strange and meaningless to us, since there is no type of connection between the question of interlocutor 1 and the answers of interlocutor 2. And it is that one of the essential things in a conversation is that if someone makes a asks the interlocutor who receives it has to answer it in some way.

Thus, if we observe the following conversation:

– INTERLOCUTOR 1: How much did this rug cost you?

– INTERLOCUTOR 2: Do you think she is pretty? I bought it at the flea market.

Although the question is not answered directly by interlocutor 2 and the information requested by interlocutor 1 is not provided, there is some kind of connection between question and answer.

Let’s think about a common question like Do you know where the Hotel Palermo is? This question can be answered in two ways :

– Saying the place where the hotel is located.

But we would find it very strange if someone answered yes to this question and left without providing the required information. In this way, we observe how a response can be correct from a grammatical point of view, but still be inappropriate.

Something similar happens in the following example:

INTERLOCUTOR 1: Could you tell me where there is a police station?

SPEAKER 2 (appropriate response): Go straight ahead and turn right at the first street and at the end you will find the police station.

INTERLOCUTOR 2 (unexpected answer): There is a police station in every city in Spain.

With this, we see how we do not always have to understand the questions literally, but we have to know how to distinguish the intention of the speaker when asking the question, that is, what is said in technical words is called implicature .

Also, when we are faced with a question we must take into account the context in which it occurs. When speaking, we not only decode the message that is transmitted, but also infer the meaning and strength of what the other person said. This occurs thanks to the collaboration agreement that all the speakers have previously established. 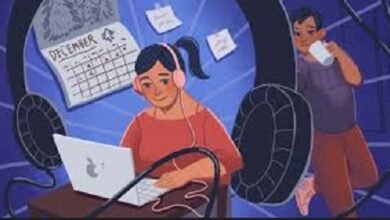 Discourse analysis in linguistics how to perform