Symbolic interactionism is a sociological theory that has had a major impact on contemporary social psychology, as well as other areas of social science study. This theory analyzes interactions and their meanings, to understand the process by which individuals become competent members of society.

Since the first half of the 20th century, symbolic interactionism has generated many different currents, as well as its own methodologies that have had great importance in understanding social activity and in the construction of the “self”.

What is Symbolic Interactionism?

Symbolic interactionism is a theoretical current that emerges in sociology (but quickly moves towards anthropology and psychology), and that studies interaction and symbols as key elements to understand individual identity and social organization.

In general terms, what Symbolic Interactionism suggests is that we define ourselves according to the meaning acquired by the ‘individual’ in a specific social context ; question that depends a lot on the interactions we involve.

In its origins are pragmatism, behaviorism and evolutionism, but far from being inscribed in any of them, symbolic interactionism travels between them.

Among its antecedents is also the defense of ‘situated truths’ and partial, as opposed to ‘absolute truths’, which have been criticized by much contemporary philosophy for considering that the notion of ‘truth’ has been quite confused with the notion of ‘beliefs’ ( because, from a pragmatic point of view on human activity, truths have the same function as beliefs).

Symbolic interactionism has gone through many different proposals. In general terms, two great generations are recognized whose proposals are linked to each other, sharing the bases and antecedents of the theory, but which are characterized by some different proposals.

One of the main proposals is that identity is constructed mainly through interaction , which is always symbolic, that is, it always means something. That is, individual identity is always in connection with the meanings that circulate in a social group; It depends on the situation and the places that each individual occupies in this group.

Thus, interaction is an activity that always has a social meaning, in other words, it depends on our ability to define and give meaning to individual and social phenomena: the ‘symbolic order’.

In this order, language is no longer the instrument that faithfully represents reality, but it is a way of expressing attitudes, intentions, positions or objectives of the speaker, with which language is also a social act and a way of constructing this reality.

Thus, our actions are understood beyond a set of habits or automatic behaviors or expressive conduct. Actions always have a meaning that can be interpreted.

It follows that the individual is not an expression; Rather, it is a representation , a version of itself that is constructed and discovered through language (language that is not isolated or invented by the individual, but belongs to a particular logic and social context).

That is, the individual is constructed through the meanings that circulate while interacting with other individuals. Here comes one of the main concepts of Symbolic Interactionism: the “I”, which served to try to understand how a subject builds these versions of themselves, that is, their identity.

In short, everyone has a social character, so individual behavior must be understood in relation to group behavior. Therefore, several authors of this generation focus especially on understanding and analyzing socialization (the process by which we internalize society).

Methodology in the first generation and main authors

In the first generation of symbolic interactionism, qualitative and interpretative methodological proposals emerge, for example, discourse analysis or analysis of gestures and images; that are understood as elements that not only represent, but also build a social reality.

The most representative author of the beginning of symbolic interactionism is Mead, but Colley, Pierce, Thomas and Park were also important, influenced by the German G. Simmel. Likewise, the Iowa school and the Chicago school are representative , and Call, Stryker, Strauss, Rosenberg and Turner, Blumer and Shibutani are recognized as first-generation authors.

In this second stage of symbolic interactionism, identity is also understood as the result of the roles that an individual adopts in a social group, which is also a type of scheme that can be organized in different ways, depending on each situation.

The contribution of Erving Goffman’s dramaturgical perspective , which suggests that individuals are basically a group of actors, because we literally act constantly in our social roles and what is expected of us according to these roles, assumes special relevance .

We act to leave a social image of ourselves, which not only occurs during interaction with others (which are those who reflect social demands that will make us act in a certain way), but also occurs even in spaces and moments when these other people are not seeing us.

The everyday dimension, the study of meanings and the things that appear during interaction are objects of scientific study. On a practical level, empirical methodology is very important . This is why symbolic interactionism is important for phenomenology and ethnomethodology.

This second generation is also characterized by the development of ethogenesis (the study of human-social interaction, which especially analyzes these four elements: human action, its moral dimension, the agency capacity that we possess and the concept of the same person in relation to their public performance ).

In addition to Erving Goffman, some authors who influenced much of the symbolic interactionism of that moment are Garfinkel, Cicourel and the most representative author of ethogeny, Rom Harré.

Relationship with social psychology and some criticisms

In addition, symbolic interactionism has been useful to explain the socialization process, which was initially raised as an object of study in sociology, but which quickly became connected to social psychology.

It was also criticized for considering that it reduces everything to the order of interaction, that is, it reduces the individual’s interpretation to social structures. He has also been criticized on a practical level, considering that his methodological proposals do not appeal to objectivity or quantitative methods.

Finally, there are those who consider that this generates a rather optimistic idea of ​​interaction, since it does not necessarily take into account the normative dimension of interaction and social organization. 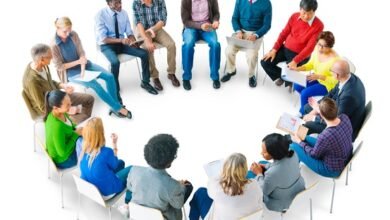 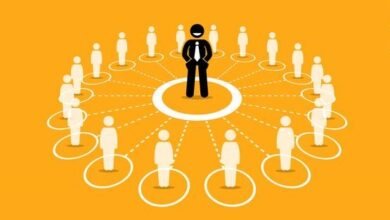