Being autonomous, independent and able to survive by adapting to the environment. Achieve your own identity, recognize yourself as your own integrated entity. Complete the development process to achieve yourself. All these phrases reflect the main objective of human development: the achievement of the individuation process. Here we will discuss you the phenomenon of Individualization.

Many authors have developed theories around the idea behind this concept, one of the best known being Carl Gustav Jung (father of depth or analytical psychology), who placed special emphasis on how we achieve the same through it. process E is on the concept of individuation that this article focuses, in the Jungian perspective, the definition and establishment of its phases.

On a general level, individuation is understood as the process by which a person becomes an integrated individual, becoming self and achieving the capacity to be fully autonomous and independent. It is a process that requires the subject’s growth and the development of different psychic abilities, appearing throughout human development and lasting, in fact, a good part of life.

This process is especially relevant and visible during adolescence, when the individuality of the individual makes him capable of generating his own identity, differentiating himself from his parents and starting to recognize himself as his own entity. For this, it is also necessary to have an association, a bond with the family and cultural environment that allows a starting point and an environment that facilitates the process. All this will allow you to generate future projects consistent with yourself , as well as the possibility of connecting or disconnecting from the world in a healthy and sincere way.

The individuation process according to Carl Jung

According to the above, Carl Gustav Jung outlined one of the bases of his analytical psychology: the concept of the individuation process. For the author, the term individuation is conceived as a process of differentiation, constitution and particularization of the essence itself , so that the subject can discover who he is and allow the personality to develop. It is also identified with self-realization, being part of a natural and instinctive process towards maturation.

It is important to bear in mind that the individuation process is eminently conflictual, both in the Jungian and in other views, since it involves the integration of opposing elements. In Jung’s case, he proposed that we are facing a process in which conflicts between different opposites appear in the person, linked to the conscious-unconscious opposition and to the collective-individual .

The base of this whole process is the ego, from which we will advance in the understanding of the aspects denied until then and gradually we will accept and integrate them. The contents to be developed and integrated will be increasingly complex and, to advance in this process, it is necessary to be able to identify, link and integrate the opposites without identifying with them, differentiating them from the self.

In this sense, the individual personal aspects will be integrated first, working on the initially repressed emotional experiences before considering their inadequacy or conflict or the experience of traumas, to later also integrate elements of the collective unconscious, adding to the development the elaboration of culturally inherited archetypes. Likewise, the different basic processes that shape the personality will also be developed and integrated.

It is notable that there is also another conception of individuation more focused on the subject’s biological evolution, although, contrary to other conceptions, the individuation process proposed by Jung is not limited to adolescence or childhood . In fact, each of the stages that make up this second interpretation of the process would last about ten years, not completing the process of conscious individuation until adulthood.

First, it goes through a phase in which the ego begins to be born (previously there is no awareness of individuality); then, after reaching puberty, there begins to be a withdrawal from the environment and a search for identity, adaptation to one’s role and integration of the self and, finally, a fourth stage in which the search for a meaning of the self occurs . It would be in the second when there is a greater probability that the necessary processes will be given to complete the individualization.

Stages of the individuation process

Although, in principle, there are four, there are numerous interpretations and ways of dividing them even within Jungian theory, but in all of them they are taken into account (including, in this case, a fifth, which would be the conclusion of the process).

1. Get rid of yourself and the first approach to the unconscious

The beginning of the individuation process occurs at the moment when consciousness begins to appear that consciousness itself is not the totality of being. He begins to be aware of the existence of unexpressed or directly observable impulses, desires and psychic content. The subject realizes that there is a large part of himself that has been ignored by him and he will try to start getting closer to his understanding, given that there has come a time when his development has made him see this need.

2. Encounter with the shadow

Once the awareness that there is something more in one’s own being is born, the first thing that is detected is that there is not only a conscious part, but also an unconscious one and a set of aspects that we deny when we consider them negative (and that we usually also project onto others as a compensation mechanism): in other words, we begin to be aware of the existence of the duality of the person (of what we know and that makes us feel like individual beings that relate to the outside world) and shadow (the hidden and unconscious part of the person )

When you begin to be aware of the shadow’s existence, you need to start valuing it without judging it: our unconscious desires and impulses have great value, despite the fact that some are socially frowned upon . It is about integrating the denied elements and the personality itself. It is not a question of giving in to impulses (in fact, repression is seen by Jung as something that somehow allows the birth of consciousness), but of accepting the shadow as part of our nature.

3. Encounter with the anima / animus

The third major step in the individuation process concerns sexual archetypes. Until now, children have been integrating their own aspects, but now they must begin to integrate archetypal elements, originating from cultural heritage, which are part of their personality and community and which until then had been denied by the person. Specifically, at this stage, the subject begins to integrate the male/female polarity.

This process involves the integration of one’s own being, in addition to the archetype identified with one’s own sex, the part traditionally identified with the opposite sex , with a bond appearing with it. In other words, the man must integrate the anima or the feminine archetype (which corresponds to elements such as sensitivity, affection and emotional expression) while the woman does it with the animus or masculine archetype (related to vigor and vitality, strength, reason and wisdom ). It is about integrating the sexual archetype in its entirety, logos and eros, making them mediated and being a source of creativity and inspiration.

4. The integration of the archetype of light

Once this is done, the dark and unknown areas of our psyche begin to light up, something that greatly expands our awareness of ourselves and can generate a feeling of narcissistic omnipotence that makes us believe superior. But the effect of reality making us see that our abilities are not so extreme causes “the smoke to clear”, returning humility. At that moment, wisdom and discovery appear , symbolized by the magician or the sage who gives meaning to the unknown, exploring and discovering his own being.

5. The end of the individuation process: coincidentia oppositorum

Little by little, moments appear when the self appears, moments when the understanding of being begins to exist. The process reaches its peak when the coincidence or integration of opposites is achieved, it implies the acquisition of sameness, the end of the individuation process.

At this moment, the set of elements that make up the mind is already integrated (the conscious and the unconscious, the individual and the collective, the person and the shadow…), having reached a fully integrated psyche. He is already himself, aware of the different aspects that are part of his being and capable of distinguishing himself and separating himself from the world . The subject is a complete being, individualized and gradually more and more autonomous (being able to even form its own ethical system).

Its importance in the formation of personality

The individuation process, understood as the one that allows us to be ourselves, is extremely important in shaping personality . In fact, Jung himself considers individuation as a series of transformations that aim to reach the midpoint of the personality, that is, the acquisition of an intermediate point that makes it possible to approach the conscious and the unconscious.

It must not be forgotten that the idea of ​​individuation is to become oneself, integrating the different aspects of the personality and psyche into a complete whole. This means accepting the presence of the different traits we have and valuing them, even those repressed and denied throughout life. The clearest example on the individual level is between the person (the part of our personality that we show) and the shadow (the hidden and rejected, which remains unconscious).

Individuation allows us to be free, to develop our own way of acting and seeing the world and not limiting ourselves to following the path marked out by our predecessors, allowing our way of being, seeing and acting to emerge in an independent and differentiated way. In short, let our personality emerge. With that, we can make a life project consistent with who we are and live our lives as individuals that we are.

What is Episodic memory definition and associated parts of brain 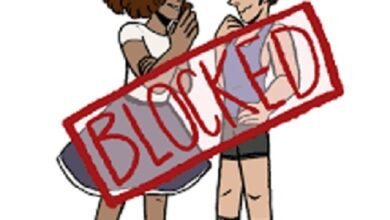 What is Toxic friendship types How to identify

How to increase self-esteem steps to improve