Although it is possible to use Perfect Pronunciation without reading the phonetic transcriptions, the system is very useful, since for each word it clearly shows you every sound it contains.

Here are the benefits of phonetic transcriptions:

Phonetic transcriptions show you the differences between words.

Sometimes it is difficult to distinguish whether two words have the same or different sounds just by listening to recordings. For people who do not come from English-speaking countries, two very different sounds in English may sound the same

It usually happens that you mispronounce a word in English, but you don’t realize it. You can hear the correct pronunciation in a recording, but you may not realize how different your pronunciation is. When you read the sounds that exist in a word you can realize that you have been pronouncing the word incorrectly.

PHONETICS RULES IN ENGLISH FOR READING AND WRITING / SPEAKING

Before we get into phonetics in English, let’s first explain what phonetics is, what is meant by the study of sounds when speaking and how they are made, transmitted and heard. It also refers to the connection between the written letters and the sounds of a word.

Phonetics will help you when you want to know how to read a word and how to write it. Which will make people understand you more easily and that you can understand them without much effort.

Let’s look at some elements that are key when learning basic English , and that perhaps you have learned but without knowing the rules or explanation behind it. Therefore, today we present this small guide so that you get familiar with the words and their sounds, and it is much easier for you to pronounce correctly and, therefore, speak English. It may be confusing at first, but if you listen to the words with their pronunciation at the same time, everything becomes more natural.

So pay close attention and make the relevant annotations, it is always a good idea to have a small phonetic guide in English available to consult whenever necessary.

If the “e” is at the end of the word and there is only one more vowel in it, then the first one is pronounced and the “e” becomes silent, further lengthening the sound of the vowel before it.

But the E is not the only letter that is silent, here are other silent letters and their rules, as well as examples of words so you can better understand:

B is silent if it comes after M, at the end of the word

The C is usually silent in the SC combination

G is silent when followed by an N

D is also mute in common words that are used regularly

Silent H is not pronounced when it comes after a vowel

Now, GH can have a sound similar to F

H is mute if preceded by a W

H does not sound if it comes after the letters C, G or R

The silent L is the one that comes after the vowels A, O and U

The P does not sound if it is at the beginning of the words with the combinations PS, PT and PN

S is mute before L in these words

The T is silent in some common words like

Finally, W is mute at the beginning of a word if it comes before R

If there is a consonant after a vowel, the vowel is short. It is also usually short when there is only one in a word or syllable, such as “on” (en), “pink” (pink).

It will be a long vowel when its sound is pronounced individually, when it says its own name. Generally if said vowel is alone at the end of a syllable or word. “No” (no) and “later” (later).

Any vowel is able to make this sound, so it is the most common sound in English. It is vitally important that you understand it well, this sound is similar to a “uh” or “a” in “about”. In British English it is very commonly used in words that end in “er”. “Sister, register” – Sister, register.

The case of the double consonant can lead many, since one word may or may not bend in these cases:

There are some things to consider to know whether or not to bend the consonant, if the word is monosyllable, remember the consonant-vowel-consonant rule.

If the word has more than one syllable and has no intonation, we will not double the consonant. For example:

Likewise, words ending in W, Y and X are not doubled.

We have to double the consonant if the word has the tonic syllable at the end, as here:

There are two exceptions to this in British English:

The syllables and the vowels are what form the words, the syllables are A, E, I, O, U and the consonants are the other letters of the alphabet in English , now we will see a small list of their pronunciation.

Wow, there are a lot of things to learn huh, it is certainly not expected that most people who study English know the English phonetic alphabet (IPA) perfectly, but if you give some good reviews and you pay attention in all the English that you listen to in movies and songs or series, you will be able to identify the different sounds and intonations, taking into account that some things will vary depending on the accent of the individual and their place of origin. But this is true in any language, even your native language.

How to Pronounce words in English 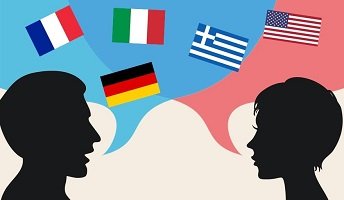 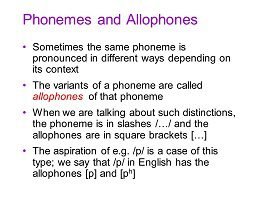