The dialectical method is a form of approach characterized by the comparative analysis of ideas. It can be used in different academic works such as cbt, scientific article, dissertation and thesis.

Scientific knowledge exists with the aim of solving problems and making people’s lives easier. He has the role of knowing, interfering and interpreting a specific reality through studies.

With regard to the approach (path used to achieve the research objective ), science works with different possibilities, as is the case of dialectical, inductive, deductive and hypothetical-deductive methods. In this guide, we will focus on applications of the dialectical method and provide some examples.

What is Dialectical Research Method?

In Ancient Greece, the word “dialectic” had the same meaning as “dialogue”. Thinkers at the time believed that only dialogue was capable of assessing the counterpoints of a theme and moving the argument forward. The concept of “dialectics” is also related to the debate between opposing positions.

At first, the concept of dialectic was studied by the philosopher Georg Wilhelm Friedrich Hegel and later by Karl Marx. Both seek to interpret reality based on the principle that all phenomena have contradictory characteristics , which are united and indissoluble.

Hegel applies the dialectical system based on the assumption that the construction of knowledge has no end. His way of thinking opposes the thinking of metaphysical philosophers, who believed that things have an unchanging essence.

The structure adopted by Hegel is a triad: thesis, antithesis and synthesis (new thesis).

Employed in qualitative research , the dialectical method is theoretical, that is, it does not necessarily work with concrete facts. It is based on logical arguments that lead the researcher to a certain conclusion.

There is, in the dialectical method, a practice known as “negation of negation”. From this exercise, the researcher is able to arrive at a new statement. To better understand the process, consider the diagram below:

The main characteristics of the dialectical method are:

The laws of dialectics

Marx appropriates the idea that things are in constant movement and transformation, defended by Hegel. The author also defines the four rules of the dialectical method:

The world is dynamic and things are not completely isolated. Therefore, the phenomena are constituted as contrary, conflicting aspects. It is precisely the struggle of opposites that develops reality.

Reality is the product of movement and struggle between contrary ideas. For the dialectical method, change is an agent of innovation. Phenomena are not static.

Example: a seed is placed in the ground and grows into a plant.

3 – Transition from quantity to quality

Quantitative changes, when processed gradually, result in changes in quality.

Example: water, when placed on fire, begins to boil and turns into steam. The action of boiling water causes a qualitative change of phenomena.

Although they exist independently, the contradictory elements of a phenomenon are in constant connection and conflict. In this sense, the system of Thesis, Antithesis and Synthesis applies.

The categories of the dialectical method

How are the studied phenomena related from the dialectical approach? To answer this question, it is necessary to know the existing categories:

It is understood that all objects studied have their own characteristics, therefore, it is not possible to find two identical objects. Two animals of the same species, for example, have different characteristics.

Another important point in this relationship is that the studied objects have traits in common. Mammals, for example, have mammary glands and hair, characteristics that allow them to be distinguished from other animals, such as birds and insects.

Think of cause as the phenomenon that produces another phenomenon. The effect, on the other hand, is the result produced by the cause.

Necessity is something that needs to occur in certain situations. Chance may or may not happen.

Example: Sunlight (need) is a necessity for plants to survive.

When analyzing an object or phenomenon, first the external characteristics are perceived, that is, those that are easy to identify with the naked eye. Afterwards, we seek to understand a deeper part, which is hidden behind the appearance.

A possibility is something that can happen, but is not yet a reality. Reality, on the other hand, involves what is happening or has already occurred (concrete).

Content is understood as the set of elements and interactions related to a phenomenon. Form, on the other hand, is a system of relations of a phenomenon that has stability.

In the Natural Sciences, which study physical aspects of a closed reality, it is difficult for a researcher to use the dialectical method in his work. On the other hand, when it comes to the Social Sciences, the approach is frequently used, as human factors are studied.

All works that are more theoretical and make comparisons between the thoughts of different authors apply the dialectical research method.

Consider a work that proposes to make a comparative analysis of authors A, B and C, who follow the same type of thinking. In addition, the corpus also addresses authors D, E and F, who think differently than authors A, B and C. The researcher then has the challenge of carrying out a comparative analysis in his investigation, understanding the criteria that move the different thoughts of the studied authors.

Still don’t understand the concept of the dialectical method? See examples of research that bet on this type of approach:

How to apply the dialectical method?

The thesis, as previously mentioned, is a statement on the subject – a possible truth aligned with the general objective of the research. Do a bibliographic survey to find two or more authors who defend the thesis’ thinking.

Example: Pakistan will never be a developed country.

Find a statement contrary to the thesis. Look for authors who contradict the thought of the thesis to generate a movement in the investigation.

Example: Pakistan could become a developed country with investments.

Analyze the two opposing thoughts and establish a shock to arrive at new information. The result of the weighting will be the synthesis, that is, a new thesis that will give rise to a new cycle.

Example: If there is no development project, Brazil will never be developed, but if the government invests in policies committed to reducing social inequality and improving access to quality education, development may become a reality.

Every cycle involves the triad that moves the research (thesis – antithesis – synthesis). It must be employed until there are no more antitheses. 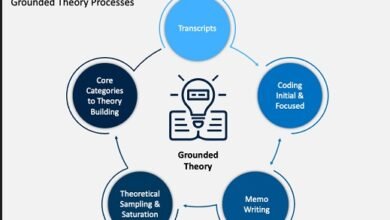 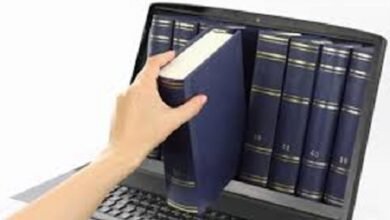 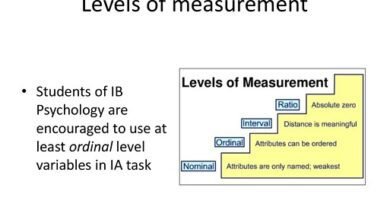