The term heteroglossia is a concept coined by the Russian thinker Mikhail Bakhtin (1895-1975) and can be a great contribution to the pedagogical practices in the classroom, however, before defining the concept itself, a brief theoretical review must be made to contextualize it. Heteroglossia definition

The term heteroglossia goes back to a Russian linguist named Mikhail Bakhtin. Bakhtin noted the importance of novels and other forms of fiction writing that have multiple dialects or forms of language mixed together. A work by Bakhtin in the 1930s, whose title is translated as “speech about the novel,” points out some of the ways in which heteroglossia can have an effect on communication.

The term heteroglossia describes the coexistence of different varieties within a single ” language ” (Greek: hetero- “different” and glōssa “language, language”). The term translates into Russian разноречие [ raznorechie : literally, “varied discourse”], which was introduced by the Russian literary theorist Mikhail Bakhtin in his 1934 article Слово в романе [Slovo v romane], published in English as “Discourse in the.” Novel . ” For Bakhtin, this diversity of “languages” within a single language is not, in essence, a purely linguistic phenomenon: rather, Reflection in the language of various ways of evaluating, conceptualizing and experiencing the world. It is the convergence in language or speech of “specific worldviews, ways of conceptualizing the world in words, specific worldviews, each characterized by its own objects, meanings, and values.”

Heteroglossia is the idea that different forms of language can exist in a single coherent text. This is the case with some types of communication texts, but not others. Heteroglossia definition

For example, it would generally be inappropriate for a piece of technical writing, a business plan, a public notice to include more than one dialect or type of language. Common types of text that may include more than one linguistic or dialectical form are works of much of fiction, including novels, plays and stories.

One theory about heteroglossia is that several dialects or voices within a narrative can work with or against others in specific ways. The contrast between these voices, according to many literary experts, is part of what creates meaning in a novel or similar work of art. Academics who reflect or study this idea can provide many different examples of how these different voices uses can give readers an idea in the political, cultural and social context of the work.

Languages ​​as points of view

Bakhtin saw the modern novel as the literary form best suited for exploring heteroglossia, in direct contrast to epic poetry (and, to a lesser extent, poetry in general). Bakhtin argues that the power of the novel originates in the coexistence and conflict between different types of discourse: the speech of characters, the speech of narrators, and even the speech of the author. He defines heteroglossia as “the speech of others in the language of others, serving to express authorial intentions, but in a refracted way” (1934). Bakhtin identifies the author’s direct narrative, rather than the dialogue between characters, as the primary site of this conflict.

Traditional stylistics, like epic poetry, does not share the trait of heteroglossia. In Bakhtin’s words, “poetry depersonalizes the ‘days’ in language, while prose, as we shall see, often deliberately intensifies the difference between them…”

Expanding on his argument, Bakhtin proposes that all languages ​​represent a distinct point of view on the world, characterized by its own meaning and values. In this view, language is ‘pervaded with intentions and accents’ (1981: 324) and therefore there are no neutral words. Even the most banal statement has taste, be it a profession, a party, a generation, a place or a time. For Bakhtin, words do not exist until they are spoken and, at that moment, they are printed with the speaker’s signature.

Bakhtin identifies the act of speaking, or writing, as a literary-verbal performance, one that requires speakers or authors to position themselves, even if only by choosing the dialect in which they will speak. Separate languages ​​are often identified with different circumstances. Bakhtin gives the example of an illiterate peasant who speaks in Church Slavonic with God , speaks to his family in his peculiar dialect, sings songs in a third, and tries to emulate the official upper-class dialect when dictating petitions to the local government. The prosaic, Bakhtin argues, must welcome and incorporate these many languages ​​into his work.

The hybrid utterance, as defined by Bakhtin, is a passage that employs only a single speaker – the author, for example – but uses different types of discourse. The juxtaposition of different discourses brings with it a contradiction and conflict in belief systems.

In examining the English comic novel, particularly the works of Charles Dickens , Bakhtin identifies examples of his argument. Dickens parodies the “common tongue” and the language of Parliament or high-class banquets, using occult languages ​​to create humor. In one passage, Dickens shifts from his authorial narrative voice to a formalized, almost epic tone as he describes the work of an ordinary bureaucrat; his intention is to parody the self-importance and vainglory of the bureaucrat’s position. The use of covert speech, without formal markers of speaker change, is what allows parody to work. It is, in Bakhtin‘s language, a hybrid statement. In this case, the conflict is between the factual narrative and the biting hyperbole of the new epic/formalist tone. Heteroglossia definition

Bakhtin goes on to discuss the interconnectedness of the conversation. Even a simple dialogue, in his opinion, is full of quotes and references, often to a general “everyone says” or “I heard…” Opinion and information are conveyed through reference to an undefined general source. Through these references, humans selectively assimilate the speech of others and appropriate it.

Bakhtin identifies a specific type of discourse, “authoritarian discourse”, which demands to be assimilated by the reader or listener; examples might be religious dogmas, scientific theories, or a popular book. This kind of discourse is seen as past, finished, hierarchically superior, and therefore demands “unconditional allegiance” rather than accepting interpretation. Because of this, Bakhtin claims that authoritative speech plays an insignificant role in the novel. Because it is not open to interpretation, it cannot enter into a hybrid statement.

Bakhtin concludes by arguing that the role of the novel is to call into question what is authoritative and to allow what was once taken to be right to be debated and open to interpretation. Indeed, novels do not work only through heteroglossia, but must promote it; to do otherwise is an artistic failure.

Bakhtin‘s view of heteroglossia has often been employed in the context of postmodern critique of the perceived teleological and authoritarian character of modernist art and culture. In particular, the latter’s strong disdain for popular forms of art and literature – archetypically expressed in Adorno and Horkheimer ‘s analysis of the culture industry – has been criticized as a supporter of monoglossia ; practitioners of cultural studies have used Bakhtin‘s conceptual framework to theorize the critical reappropriation of mass-produced forms of entertainment by the public. Heteroglossia definition

Main properties of text with examples 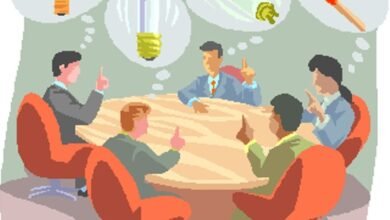 Purposes of communication and characteristics 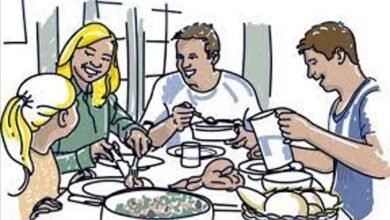