The definition of Edutainment is the production of educational content , technological solutions or teaching methods that utilize entertainment values.

The word itself already gives its meaning, as it is an amalgamation in English that merges educational (educational) and entertainment (entertainment) in a single term – like the word edtechs , which means educational technologies .

In the creations of edutainment, education is the goal , the end,

Entertainment, on the other hand, is language , the medium used to educate.

As far as possible, therefore, solutions are created that educate and amuse in equal measure.

There are several types of media in which this formula can be put into practice, such as music, movies, audiovisual series, games, software , applications and electronic devices.

The intention of the creators and developers is to present the educational content in a way that the user does not face the burden of an obligation.

It is not something that he “has to learn” or “has to do”, but an activity that gives pleasure , to which the person will dedicate himself because he likes it, not because he needs it.

After all, the word entertainment here is not used synonymously with distraction, but with a pleasant and fun pastime.

Since we’ve brought up the definition of entertainment, why not talk about what counts as education?

You may think that everyone knows what educational content is, but the truth is that, in some cases, it is not so easy to differentiate between edutainment and simple entertainment.

Educational content is that made with the intention of providing learning about a subject or knowledge that is useful for the personal or professional formation of an individual.

In this way, edutainment is different from infotainment, the union of information and entertainment.

Information is more objective, and superficial, immediate and perennial, while education involves knowledge and skills related to a greater purpose.

This or any other attempt at definition will always be incomplete, as education – as well as entertainment – ​​is a concept that will never cease to have a high load of subjectivity.

How Did Edutainment Come About?

It is impossible to say exactly when the idea of ​​combining education and entertainment came about .

As we have just seen, they are two abstract concepts, and their dissociation only exists in our minds.

What this means is that, in other historical periods of certain cultures, educating yourself was always a form of entertainment .

In today’s world, there are so many languages ​​and content formats that it is much easier to classify things into different categories.

On one side is formal education, with schools, universities and other educational institutions. On the other hand, television, cinema, concerts, football, games and so many other activities designed to entertain.

In the Renaissance and Enlightenment , there is a record of thinkers concerned with making teaching more contagious , adding more playful elements.

A good example of an early publication in which the author deliberately conflates education and entertainment is Poor Richard ‘s Almanack , which was published annually by Benjamin Franklin between 1732 and 1758 in the United States.

More recently, a milestone was the release of the movie Tommy Tucker’s Tooth , made by Walt Disney .

The film told the story of two boys: one took care of dental hygiene, the other did not. The aim was to advise people on techniques for brushing their teeth, a practice that was not as widespread as it is today.

In fact, already in the 1950s, Walt Disney is credited with one of the oldest known mentions of the term edutainment.

The animation industry pioneer used the word to define the True-Life Adventures short-film documentary series , which had educational content.

Currently, with the development of the digital world , the possibilities of creating educational and fun solutions at the same time have multiplied.

Later, in the topic “Examples of Edutainment application”, we will bring some more recent examples and some current ones.

What Is Edutainment For?

As we highlighted before, the end of edutainment is education, while the medium is entertainment.

Therefore, although both elements are necessary to characterize the concept, its reason for existing is the transmission of knowledge .

Entertainment is used as a resource to increase the interest of students or onlookers, to engage them more in the learning process (in the topic “Key advantages of Edutainment” we will talk more about this).

It just doesn’t stop there.

There is even a study carried out by Unesp suggesting that the use of educational technological tools improves student performance in subjects such as mathematics and physics by 32%.

And if you think that this is only valid for children and teenagers, you are wrong.

It is customary to link the playful part of education only to children, but edutainment also serves to help adults of any age to focus and engage better in educational content.

It is something that should be considered by any professional who wants to maintain a high degree of employability .

Remember what we said at the beginning of the text: the ability to learn fast and make connections will be increasingly valued in today’s market .

As we highlighted before, sometimes it is not so simple to recognize what should and should not be considered edutainment.

First of all, it is important to put aside the misconception that the important thing is the format.

Edutainment is not a type of application , it is not gamification or the simple use of digital tools in education .

Above all, it’s an approach developed with the goal of making learning more fun , interesting and exciting.

Humanity has never had so many entertainment options to pass the time . On mobile alone there are hundreds: fun videos, games, music, books, podcasts, social networks and others.

Are you tired after a hard day at work? Nothing like throwing yourself on the couch and starting a series marathon on Netflix, right?

With so many distractions , two phenomena have become commonplace.

The first is that people have the false impression that they have less time – when in reality they have just gotten used to idleness, filling every moment with a cell phone consultation or any other activity.

The second is that performing tasks that require focus for a longer period of time, without distractions, is increasingly difficult for people.

This is largely due to the enormous amount of stimuli that surround them in this digital world.

With this “epidemic” of anxiety and attention deficit, it seems that education has become more difficult.

After all, to learn something new, you need attention, interest and concentration .

The main advantage of edutainment, therefore, is that this approach helps to reverse the situation, recovering people’s interest in educational content.

In addition, if adopted in schools (see the following topic), edutainment contributes to the reduction of school dropout .

In fact, it is about the contributions of this approach in the educational environment that we are going to talk now.

How Can Edutainment Contribute To Education?

If we think about what the world was like 100 years ago , we will conclude that almost every aspect of people’s daily lives has changed radically.

Incredibly, the classroom is one of the few that has not undergone such significant changes.

Most schools and educational institutions still adopt the lecture model , in which the teacher passes on the content and the student takes notes, pays attention, asks questions to clear up their doubts, takes home assignments and answers tests for evaluation.

It’s not that this model is bad.

The problem is that the chance to adopt other approaches that make great contributions to student engagement , content retention and the application of knowledge in practical activities is lost.

Another obstacle is the resistance of most teachers and traditional educational institutions.

Deep down, this resistance is related to the fear of losing the leading role in educational processes .

After all, they lose space for collaborative models and solutions developed by edtechs, private companies that are very different from schools and universities.

Edutainment has a lot to contribute to education, for all the advantages that we have highlighted so far. Including for the formal education of educational institutions.

The ideal is not to forget the traditional model that has been used for so long, but to adopt a hybrid approach.

That is, to incorporate playful and fun activities whenever possible in the teaching processes.

When you got here, you’ve read a lot of theory about the concept of edutainment.

To better understand how it is possible to unite education and entertainment , there is nothing like knowing some examples, right?

It is possible that you have already used or watched some.

This is the name of adaptation of the classic Sesame Street, one of the best examples of edutainment to date.

It was an American television show that debuted in 1969 and mixed puppetry and animation to educate children.

It was a toy produced by Tectoy that imitated a computer , being very popular in the 1990s.

His system had several games and it came with a book of school-themed questions for the user to answer.

Another classic of the 90’s was an American television show in which viewers sent letters with questions.

To answer, the characters of the show (the setting was a laboratory and the protagonist a professor) did fun scientific experiments.

Fast forward to the current year, we have this non-profit organization that develops a platform with free online courses in math, health, economics, chemistry, biology, and programming.

The difference is the playful way and the gamification elements that make everything so much fun.

There are several channels on Youtube that propose to use the concepts of edutainment in their content production.

One of them is the Crash Course, in which different topics are presented in a light, fun and uncomplicated way.

Of course, there is no shortage of mobile apps that are designed to educate and entertain at the same time.

Several of them are proposed for children of different ages.

Endless Numbers is an excellent option to get the attention of little ones who are getting to know the numbers and learning to do math.

How To Apply Edutainment?

The first step to apply edutainment is to learn about the possibilities that exist today.

There are many other examples besides the ones mentioned in the topic above, so it’s not complicated to find a solution that fits well in the context you need.

The most obvious application is in schools, but did you know that the corporate environment is also fertile ground for edutainment?

If you are an administrator , manager, leader or human resources professional , start thinking about alternatives to train your company’s employees with the principles of entertainment.

We hope that you have understood the definition of Edutainment 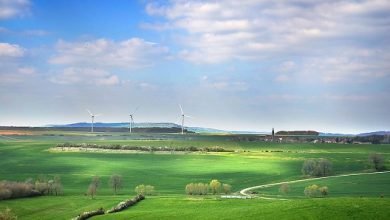 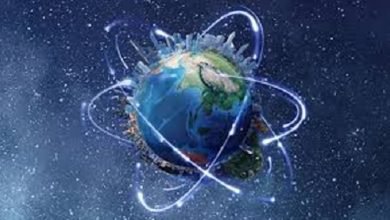 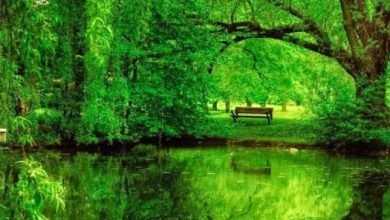 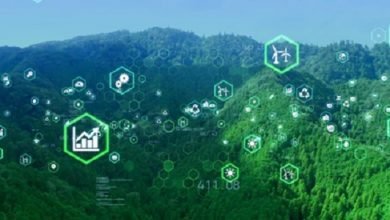