The dramatic reading is a form of oral reading in which one or more persons representing the characters in the text by voice. It emphasizes the emotions and the intensity of the words and, in some cases, the cadence of the story is also accompanied by body language.

Especially in the part of the dialogues, the dramatic reading uses the voice as if it were a theatrical performance. Although it does not need the memorization of the texts, for a better representation it requires a certain test to refine the expressive capacity of each of the characters.

Dramatic reading is used in schools and colleges to encourage reading and expand the knowledge of classical works with very good results. In addition, for many years it was used to represent stories or novels on the radio and other spaces.

Dramatic reading is usually a group activity. In it, each character is interpreted by a reader, who represents the emotions with his voice as if it were the real protagonist who is speaking.

This practice does not require costumes, scenery or memorization of the texts. Reading can be done both sitting and standing and, if desired, the intensity of the words can also be accompanied by body language.

During the performance, each reader identifies with a character and expresses their feelings and attitudes with their vocal intonation, which is projected towards the audience.

To make reading more agile, each person must have a copy of the text in their hands.

For dramatic reading to be successful there are some essential aspects that must be taken into account. The first is the choice of the work. It is important that it has a certain artistic value and has a similar number of characters to the readers who are going to participate.

The plays are ideal for this type of practice, since they are mostly composed of dialogues and have a length that can usually be completed in one or two hours of reading.

Prior to the interpretation, it is recommended that the participants be familiar with the work, the genre to which it belongs and the time in which it was written, in order to give it the correct emphasis and meaning.

Mastering the voice, with clear and precise diction, is essential to guarantee a quality dramatic reading and to facilitate the understanding of the work to the listeners.

When modulating it is important that readers take into account the following prosodic elements:

The Dictionary of the Royal Spanish Academy defines it as the relief that is given to a syllable in pronunciation, distinguishing it from the others by a greater intensity, a longer duration or a higher tone. It differentiates the stressed and unstressed syllables of a word.

It is the melodic movement with which the phrases are articulated, which implies variations in the tone, duration and intensity of the sound, and reflects a specific meaning or intention. Intonation distinguishes interrogative, exclamatory and declarative sentences, giving them more meaning.

It alludes to the distribution of syllables, accents and pauses in the sentence . It distinguishes the spelling accents and marks the duration of the intervals, respecting the punctuation marks.

The reading should be done at the appropriate speed, controlling the breath and not going too fast to facilitate understanding. On the other hand, it is important to read safely, naturally and without hesitation, unless the character requires it.

Depending on the character being played, it may also be necessary to adapt the voice and give it the corresponding tone. For example, if it is to represent an adult, a teenager or a child, the voice will be different for each case. The same if the protagonist has some special characteristic in his way of speaking, as it can be the case of a foreigner or of a gangoso.

In addition, the volume of the voice should be adjusted to the emotion of the text, avoiding monotony.

Finally, for a better representation it is advisable to carry out rehearsals to refine the expressive capacity of each of the characters.

The best known example of dramatic reading is the radio soap opera or radio drama, the radio serial that has been used for years to represent stories through this means of communication.

In some cases it is only based on the reading of the texts by different characters, while in others sound effects and music are also added to generate greater dramatization and help the listener to imagine and experience what is being told.

Dramatic reading is also used in schools and colleges as a pedagogical activity. This allows adolescents to engage with the texts, encouraging the reading and knowledge of classic works.

Another example of dramatic reading are audiobooks with recordings of different texts.

Many famous authors, such as Mario Benedetti, Jorge Luis Borges, Camilo José Cela, Julio Cortázar, Gabriel García Márquez and Stephen King have published versions of their works read by themselves in this format at some point.

Audiobooks can contain the full text or an abbreviated version of the original. In some cases, sound effects are also added to these recordings, as occurs in radio plays.

They are intended for people without reading habits, with little time or who travel constantly. Also to those with vision difficulties, illiterates, language students who want to become familiar with a language or those who enjoy listening to these types of materials. 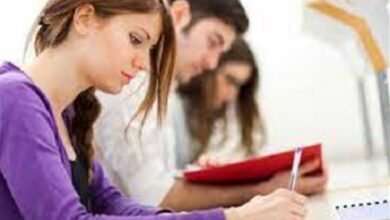 What Are the Characteristics of an Epic Poem/definition/history