Semantic dyslexia is a violation of reading comprehension and reproduction in the presence of error-free, technically competent reading. It is characterized by difficulties in comprehending and retelling the read text, inability to answer questions, guessing the nature of the reading. It is diagnosed by a speech therapist-defectologist as part of an examination of written and oral speech. Areas of correctional work include enrichment of the vocabulary, development of sound-syllabic analysis and synthesis, and the formation of ideas about syntactic connections between parts of a sentence. Here we will provide you the information about Semantic Dyslexia.

Semantic dyslexia (from the Greek “semantikos” – meaning) is also called mechanical reading, because in this case there is no comprehension, comprehension of the read. The disorder occurs in both elementary, middle, and high school students. According to the latest data, about 10% of children suffer from various degrees and forms of reading disorders, among children with TNR this percentage is even higher – 22%. In this structure, semantic dyslexia is about 6-7%. It is most often found in children with general speech underdevelopment , ADHD , and mental retardation .

The question of the nature of dyslexia remains controversial in modern speech therapy . Summarizing the various approaches, a number of etiological factors can be identified that act in isolation or in combination with each other at various stages of ontogenesis:

Research confirms that dyslexic brains function differently from normal people’s brains. In dyslexia, it “crashes” when decoding visual or auditory symbols and translating them into speech. According to modern concepts, five theories of dyslexia dominate in speech therapy, but none of them has been recognized as official today:

The core of the mechanism of semantic dyslexia is made up of the difficulties of sound and syllabic synthesis, accompanied by the problems of merging sounds into syllables, and syllables into words with their subsequent comprehension. There is also a fuzzy idea of ​​the relationships of elements within sentences, which violates the semantics of the phrase.

The child reads individual syllables, whole words and sentences technically correctly, without errors, but he does it mechanically. When analyzing the material, he is unable to show a picture or object that denotes the word read, to explain its meaning. The dyslexic cannot retell the text read, give an answer to questions, highlight the main idea, title the text, etc. There may be attempts to guess words during the reading process.

Children with semantic dyslexia have the following difficulties:

Of the non-speech symptoms, there is often a violation of optical-spatial functions, low attention, poor memory, slowness in performing various tasks, and underdevelopment of abstract thinking. Comorbid states in semantic dyslexia are often dyscalculia , bilingualism , hyperactivity, and dyspraxia . Adults may have problems understanding humor and phraseological units.

During school years, semantic dyslexia primarily gives rise to difficulties in schooling. Children do the worst in the main subjects – reading and their native language, although other subjects also suffer, where retelling, writing creative works, and preparing reports are required. In addition, difficulties arise with solving arithmetic problems, since students with semantic dyslexia inaccurately perceive mathematical signs and numbers. Because of these problems, students often fall into the category of incapable, lazy, unteachable.

Children with reading difficulties should be evaluated by a school speech therapist and neuropsychologist . In some cases, they may be recommended neurological and psychiatric evaluation. To diagnose semantic dyslexia, it turns out:

The task of speech therapy work with semantic dyslexia is to develop the skill of meaningful reading. Correction is carried out in the following areas:

Of the special techniques at all stages, it is useful to include kinesiological exercises, neuro-gymnastics, finger games , mirror painting in classes. It is important to remember that students with semantic dyslexia are better at assimilating material based on visual and tactile perception, repeated repetition. 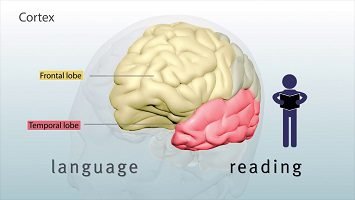 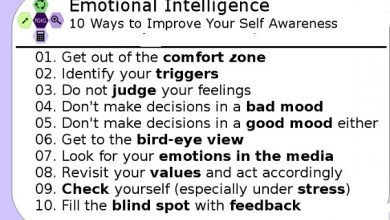