The  sensorimotor stage  is one of four stages described by French psychologist Jean Piaget in his theory of child cognitive development. This theory attempts to explain the changes that a person’s mind goes through from birth to adulthood, especially with regard to mental abilities.

The sensorimotor stage is the first of four phases described by Piaget and extends from the moment of birth to approximately 2 years of age. In it, children acquire knowledge primarily through interaction with the environment, rather than using more complex mental mechanisms.

Piaget believed that children’s minds are not simply smaller versions of adults’ minds, but function completely differently. To verify this, he studied the development of several children and found that they went through four different stages in which there were qualitative and quantitative differences.

Each of Piaget‘s stages of cognitive development plays a different role. In the case of the sensorimotor stage, it helps children to better understand the limits of the body and the relationship with the environment. In this article, we will look at some of its most important features.

Characteristics of the sensorimotor stage

1- Use of the senses and movement

In each of the developmental stages described by Piaget, children primarily use a tool to relate to and learn more about their environment. In the case of the sensorimotor stage, the main tools are movement and perception.

Thus, children up to 2 years of age try to understand their environment and their own body using mainly touch, sight, smell, hearing and taste. Because of this, we can observe them performing behaviors such as throwing objects on the floor, putting toys in their mouths or simply trying to touch everything around them.

In later stages, children use logic and thinking to a greater or lesser degree to better understand the world around them. However, in the case of the sensorimotor stage, children’s reasoning is still very limited, which prevents them from drawing very complex conclusions about what is happening in their environment.

At the end of this phase, what is known as “object permanence” develops. With this mental capacity, children begin to realize that things in their environment do not cease to exist simply because they do not see them. The development of object permanence is one of the greatest cognitive achievements of this stage.

3- Beginning of the theory of mind

Theory of mind is people’s ability to perceive others as entities separate from themselves, with all that that implies. Thus, it is this mental capacity that allows us to understand that other individuals may have opinions and tastes different from ours.

The most recent research in this regard shows that theory of mind is not fully developed until age 3 or 4. However, the first elements of it can already be seen in the sensorimotor stage.

For example, before the first year of age, children do not know that the people in their environment are different individuals from themselves, as they do not even know where the limits of their body are. On the contrary, between the first and second year of life, they begin to get to know each other better and are able to differentiate themselves from other people.

Even so, during the sensorimotor phase, the little ones still cannot understand that the rest of the individuals also have needs, tastes and preferences. It’s what’s sometimes known as “childish selfishness,” a trait that usually fades over the years.

Another of the most important mental changes that occur during the sensorimotor stage is the understanding of cause and effect relationships. During the first few months of life, children do not understand that their actions have consequences on the world around them, as they are not able to represent their environment on a mental level.

Over time, however, the baby begins to realize that using his body can cause changes in his environment. For example, if you push an object that is on a table, it will fall to the floor and possibly your mother or father will pick it up and put it in the same place.

The understanding of cause and effect relationships is still very rudimentary at the sensorimotor stage. In fact, it is entirely based on the most physical plane possible, and children reach their conclusions using only movement and the senses. We will have to wait for later stages for them to understand the more abstract part of this phenomenon.

Of all the stages of cognitive development, sensorimotor is probably the one where the most changes occur and the fastest. From birth to two years of age, children acquire many skills and abilities, from crawling or walking to talking.

In fact, Piaget divided the sensorimotor stage into several shorter phases in order to study all the changes that took place in it. Although the child’s development still undergoes many changes from the age of 2, in this first phase of life the foundations are laid so that all of them can occur later. 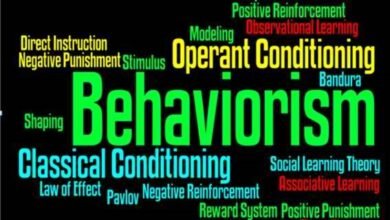