Free association is one of the methods most closely linked to the psychoanalysis of Sigmund Freud and his followers. At the time, this strategy served to replace hypnosis and the cathartic method in the clinical consultation at the time, and today it is still widely used in the various schools of psychology related to the psychodynamic current.

In this article, we will see what exactly free association consists of and what theoretical assumptions it is based on.

What is free association?

Superficially viewed, free association can be summed up in one sentence: “tell me whatever comes to mind”; an activity seen from outside Freudian theory seems idle and lacks a clear goal. However, it is also a cardinal rule of psychoanalysis .

In short, free association is a method of making certain aspects of ideas and memories too traumatic to be accessible by consciousness (understood within the theoretical framework of psychoanalysis) indirectly, through language .

Somehow, Sigmund Freud claimed that free association was a way to bypass the mechanisms of repression and blockage of traumatic mental contents and generate a lot of anxiety. In this way, by making the patient play with language in an improvised way, the psychoanalyst would be able to reach a deeper level of understanding about this person’s inhibited problems.

The birth of the concept

Free association was born in a historical context in which it was necessary to treat many patients with mental disorders of the neurotic type, a very broad diagnostic category that served to encompass actions and ways of thinking related to sudden changes in mood and degree of mental activation.

Shortly before he began formulating the foundations of psychoanalysis, Sigmund Freud was greatly influenced by Jean-Martin Charcot , a French neurologist who used hypnosis and the cathartic method to cure cases of hysteria. Freud decided to use hypnosis to explore the illnesses of neurotic patients, although it took him a while to come to a very different conclusion about how the disorders should be treated.

Freud began to entertain the idea that mental problems might actually be manifestations of traumatic ideas and memories that are so stressful that they must be “isolated” and kept out of conscious awareness. The organism is able to maintain a certain balance between the contents that actually circulate through consciousness and those that remain in the unconscious, but it is not able to make the latter disappear, it only keeps them blocked. However, sometimes the content to be repressed is so powerful that it generates the symptoms of disorders struggling to penetrate consciousness.

Hypnosis would be a way of relaxing the blocking mechanisms of these hidden mental contents , allowing them to express themselves more clearly (although always indirectly). Something similar would happen with dreams: Freud interpreted them as hypothetical manifestations of the unconscious and repressed, passed through a filter of symbolism.

But free association would make it possible to know and work with the content of the unconscious more effectively. Let’s see why.

Release the contents of the unconscious

As we have seen, the free association method is based on these assumptions:

With that in mind, the psychoanalyst uses free association to allow unconscious contents that may be behind the appearance of a mental disorder to be expressed indirectly, so that they can be influenced by language mechanisms.

In this way, the patient can say whatever comes to mind, without imposing conditions or vetoing questions; In this way, your self-censorship mechanisms relax. By creating a context in which language use can be chaotic, it is assumed that it is the unconscious part of the psyche that is responsible for stringing words and themes together .

In this way, the logic behind what is said becomes the logic of the unconscious, something that must be discovered by the psychoanalyst, who observes the regularities in the use of symbols, matters that seem important, but those that never speak directly and that seem to act. as the center of a whirlwind of phrases

According to Freud, this method was much more useful than hypnosis and the use of catharsis, because it could be used on a larger number of people and allowed to remake discourses of the unconscious, instead of simply waiting for the patient to find a way to reconcile. with the contents of the unconscious reviving it.

The problems of free association

With that, we have already seen the basic aspects that characterize free association. However, this whole explanation is only valid if we accept the theoretical framework of Freud’s psychoanalysis and the epistemology from which it starts.

This last component is what makes free association and all of psychoanalytic theory in general so highly criticized, especially by philosophers of science such as Karl Popper; Basically, there is no way to define specific objectives, implement a specific method and evaluate whether it worked or not, because everything depends on interpretations.

In summary, the interpretation made by a psychoanalyst from the torrent of words and phrases that the patient emits during free association will be valid insofar as the patient considers it; but at the same time, the patient is not trained to be a reliable connoisseur of what is happening in his head, so he can always be questioned.

Furthermore, the assumptions that in people’s mental lives there are conscious and unconscious entities that act with their own agenda are considered an entelechy, because it is something impossible to prove: the unconscious part will always manage not to be revealed.

Thus, in the practice of contemporary psychology, free association remains one of the elements of the history of psychology, but it is not considered a scientifically valid tool. 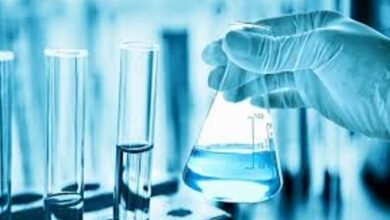 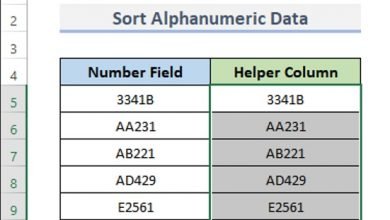