The lands that remained on the borders of the kingdom were known as the ” mark of the kingdom “, for this reason those who lived on the border were known as Marquis . The first marquisates of the Spanish monarchy date from the year 1336 during feudalism . The time of the Spanish Monarchy, the title of Marquis was the most awarded . In this article we will make you inform What does marquis mean?

What is the title of Marquis?

Marquis is a noble title that has been granted to people and lineages throughout history. Who grants it are the European monarchs. His position in the European nobility hierarchy exceeds the position of an earl , but is inferior to that of a duke . The lordship of a marquis is “Marquesado” and the feminine form is “Marquesa”.

The origin of this noble title goes back to the border lords of the kingdom, who were initially called marquises. These marks refer to border territories, such as the border with Muslim territories called Marca Hispánica.

Characteristics of a Marquis

The noble title of Marquis has been granted in European countries , its characteristics depend on the region in which it was granted.

Title of Marquis in Spain

The noble titles of Spain are regulated by the State and recognized by the King . The improper use of noble titles is prosecuted by law, they are never susceptible to being bought or sold , the title of marquis is one of the most frequently granted.

It was not necessarily necessary to enjoy the nobility for the Spanish crown to grant the title of marquis. This title has been awarded as a prize for some merit or for a sale when the monarch’s coffers were scarce , in the seventeenth and eighteenth centuries this was very common.

In Spain the title of Marquis began to be used more frequently from the 15th century on. The oldest marquisates are Santillana, Astorga, Villena and Aguilar de Campoo . At present, there are approximately 1,372 titles of marquis, and of those, only 142 hold the dignity of the Greats of Spain.

These noble titles are hereditary in the person of the son or the first-born of the last holder to the marquisate . The use of these titles is extended to legitimate consorts who hold the dignity, also to widowed spouses who do not contract a new marriage.

With the passage of time, the territory over which the marquises exercised their jurisdiction began to be called as marquesados . Such was the case of the Marquisate of Brandenburg and one of the most important German marquisates that of Baden.

Currently, the possession of a noble title does not imply any legal competence or privilege for the person holding the title . Until today, there are already three decades in which the title of marquis only has a symbolic and honorific validity. The last privilege that was eliminated was the right to a diplomatic passport by the Greats of Spain in 1984.

Requirements for a Marquis title

When it comes to marriages, whoever holds the title of marquis automatically grants it to his partner. Of course, as long as they remain married, and in the event of the death of the person who holds noble dignities, legal consorts can remain with the title, as long as they do not remarry .

As long as you remain married or widowed, you will enjoy all the treatments and honors of the marquisate. In the case of successions, these are processed by the Ministry of Justice and the use of these bodies is subject to taxes .

Currently, in 2006, an aspect of the law has been changed regarding the privilege of men over women when inheriting this title of marquis. The new law establishes gender equality in the order of succession.

Enhance your reading: Who were bourgeoisie/origin/characteristics/values/difference

Currently, in popular culture there are expressions that refer to the title Marquis , among them are:

When you talk about noble titles you are not talking about a social class. In the case of the nobility, the noble titles are estates of the old regime that have the particularity of being inherited . There may be nobles who hold the title, as well as others who do not. Among the titles that exist are:

Enhance your reading: Who were bourgeoisie/origin/characteristics/values/difference

After the title of Duke, the King or Queen grant the title of Marquis. Usually they were quite powerful people in European countries.

Who won the Falklands war causes and consequences 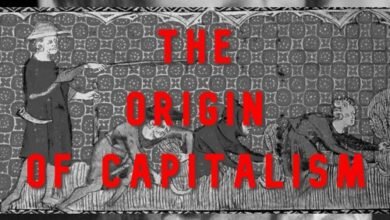 Origin of capitalism with historical factors and stages