This method is also located by Sánchez (1997) within the humanist line. The method was proposed by the psychologist, Asher, who takes up the psychological theory of the footprint to support his approach. According to this theory, informational internalization increases in relation to the intensity and frequency left in memory by the information that is expected to be taught. To this idea is added that of cerebral lateralization, which indicates that each hemisphere specializes in specific functions. In this way, the left hemisphere is in charge of speech and the right of the motor part. Now, according to Asher, for something to be assimilated by the left hemisphere, it must first have passed through the right hemisphere; otherwise, there is no informational hold. Total physical response advantages and disadvantages

It should also be mentioned that this method gained relevance from the 70s of the previous century since it is also based on several important traditions, among them: developmental psychology, learning theory, and humanistic and constructivist pedagogy of Piaget; in addition to the language teaching procedures proposed by Harold and Dorothy Palmer in 1925 and Krashen’s theory on input and output.

The role of the teacher is to teach grammar in an inductive way, the voice, actions, and gestures can be enough to develop a class but objects such as books, notebooks, photos that illustrate specific situations, and furniture. The teacher is active and direct, it is the one who decides what is taught, who presents the model and the new materials, etc. Finally, the teacher must provide learning opportunities, they must allow the development of the oral ability of the students according to their own natural development and they must not correct the students at the beginning but rather when more time has passed. and the students have a greater knowledge of the language.

The role of the student is to listen and act, follow the teacher‘s instructions through actions, the students check and evaluate their own progress so they are motivated to speak when they feel ready.

It has an active and direct role in the RFT. Their main responsibility is to expose the student to the target language so that they can assimilate its basic rules. He is the one who decides what is taught, who selects the support materials for the lesson. The teacher controls the language that the student receives, which constitutes the raw material of the “cognitive map” that the student will draw in his mind.

Asher recommends that the teacher have the new sentences and commands that he will introduce already planned and written, and not create them spontaneously. You must also be prepared and very organized so that the class can flow.

The teacher must allow the student’s oral skills to develop at their own pace, that is, naturally.

Pupils mostly play the roles of listening and acting. They listen carefully to the teacher and respond physically to the orders given by the teacher. In this process, they learn new elements, which they must recognize in order to react to them as expected.

Grammar is taught inductively, as this method requires attention to be focused on the meaning rather than the form of the elements of the language. In this sense, it differs from methods that work with a structural or grammatical view. Total physical response advantages and disadvantages

According to Richards and Rodgers (2003), the analysis of the types of exercises used in RFT classes reveals the use of a sentence-based program that starts from grammatical and lexical criteria to select the teaching elements.

ADVANTAGES OF THE METHOD

• It’s fun, especially for the little ones.
• Helps to remember.
• It is a good activity for those students who learn best through actions and observation, and for those who prefer to be in motion.
• Can be used in any size class, with any number of students.
• As in Suggestopedia, both hemispheres of the brain are worked.
• It is easy to prepare and hardly any materials are needed.
• Focusing on listening allows students to engage in language acquisition without being in an environment that is conducive to anxiety.

• It is not designed for the comprehensive method. It represents a set of ideas rather than a complete method.
• As students progress further, it becomes more difficult to give other commands. It is most useful for freshmen and sophomores.
• Very little emphasis on precision.
• Students may feel embarrassed.
• It can be very repetitive.

1- The teacher asks his students to form a line to play: Simon says. During this game, the teacher gives clear instructions to his students, regarding actions that involve the different parts of the body seen in the class and that they are expected to perform. Whoever does not comply with what Simón says, must take on an extra challenge. Total physical response advantages and disadvantages 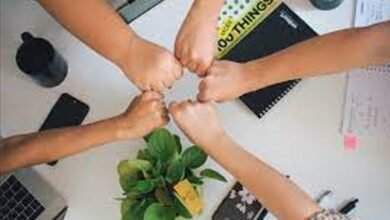