in languages ​​such as English, this relationship must be described from the natural gender, derived basically from a biological distinction between male and female.

time refers to the verb and can be present, past, future.

grammatical accident of the verb that expresses the attitude of the speaker at the moment of enunciation: subjunctive mood.

the grammatical category that distinguishes in the verb different ways of representing an action according to its duration, its development, and its conclusion: imperfect and perfect tenses are distinguished in the conjugation, names that refer to the verbal aspect.

a grammatical incident that expresses whether the subject of the verb is an agent (active voice) or patient (passive voice) or middle.

However, we can distinguish in other languages ​​the grammatical gender, whereby nouns are classified according to a gender class and, normally, articles and adjectives take different forms to agree with the gender of the name. In German, for example, there are three genders that do not correspond to the sex distinction.

The characteristic features of grammatical categories include:

According to the degree of “correlation” among the formative grammatical categories, the following are distinguished:

(sequentially correlative, inflectional ), modifying (that is, suggesting the presence of correlations) for all words of a given part of speech (case and number of a noun, tense, and mood of a verb, consistent grammatical categories of verbs and adjectives);

(inconsistently correlative, basic educational, lexico-grammatical), suggesting the presence of correlations only for some significant subclass of a given part of speech (for example, the gender of animate nouns, the type and voice of the verb, the degree of comparison of adjectives, diathesis). 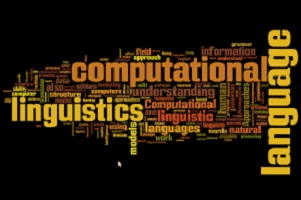 Difference between communication and expression

What is the difference between Statement and Phrase/comparison table