Phonetics is subdivided into four main branches. Articulatory phonetics is concerned with the study of sounds as the result of the activities of speech organs. It deals with our voice-producing mechanism and the way we produce sounds and prosodic phenomena. It studies respiration, phonation (voice-production), articulation and also the mental processes necessary for the mastery of phonetic system.

Sound articulation is known to the specific placement of the mouth organs (lips, tongue, palate, palate veil, teeth, alveoli, and hard palate) at the time the sound is produced. Due to the mobility of two of the organs of the oral cavity, the tongue and the lips, it is in it that most of the sounds originate. Branches of phonetics

Area of ​​phonetics dedicated to the acoustic properties of speech sounds, analyzing the type of sound waves that compose it, their production and propagation, the filters that modify it, the resonators that amplify it, etc. Acoustic phonetics uses instruments to analyze and observe the physical characteristics of sounds, an analysis that can currently be performed by computational tools for analyzing speech signals. This field of phonetics studies physical properties such as durations, types of formant frequencies, tone, the intensity with which sounds are produced, wave amplitude and energy.

Based on the description of the different organs involved in the phonation process, a classification of sounds can be established, such as:

Area of ​​phonetics dedicated to the study of the processes of hearing human speech and the processing of its characteristics by the human brain. It also studies the anatomy and physiology of the human ear, the way sound waves are received and how they are carried by neurons to the brain, where they are finally processed and recognized.
Perceptual phonetics is also interested in the “psychological reality” or mental representation of speech sounds, deeply conditioned by the cognitive processes of sound recognition and greatly influenced by the cerebral representations of sounds through writing. In other words, the number of Portuguese sounds recognized by a foreign speaker will be different from the number of sounds recognized by a native Portuguese. In any case, the phonetic reality is much superior, since we never produce an exactly the same sound, as the computational acoustic analysis proves. 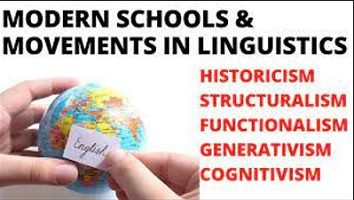 Stages of Reading with elaboration and detail