Those who carry out research in college have probably already come across the term Hypothetico Deductive Method. The term frightens, but it is a type of approach widely used in scientific investigations.

While the method is the way of thinking, the approach stands out as a set of processes or mental operations used to carry out the research. Without it, it is impossible to achieve the objectives of the investigation.

If your research enabled the construction of a hypothesis and you are able to carry out tests, then the Hypothetico Deductive Method is a valid choice for the work.

In this article, we will explain everything about the Hypothetico Deductive Method and its applications. Follow!

What is the Hypothetico Deductive Method?

Karl Popper (1902-1994) was the first scholar to describe the Hypothetico Deductive Method. For him, when there is little knowledge about a phenomenon, the problem arises. And, to explain the difficulty, it is necessary to formulate hypotheses that will be tested or falsified. For those who don’t know, to falsify means to make false a consequence deduced from the hypothesis.

The deductive method is only concerned with confirming a hypothesis. On the other hand, the hypothetical-deductive search in empirical knowledge (common sense) subsidies to overthrow the hypothesis.

Therefore, according to Popper, it is more likely to find evidence to deny a hypothesis than to prove it.

According to the philosopher, the logic of scientific investigation needs to have three fundamental elements:

In other words, the objective of the Hypothetico Deductive Method is to challenge errors and seek ways to avoid them, in order to approach a true scientific conclusion.

This conclusion is considered partial, after all, other researchers can study the same problem and make a new collaboration with scientific research in the future.

How to apply the Hypothetico Deductive Method in your research?

To know the problematization, you need to collect information related to the object of study . Therefore, analyze the data that already exists on the subject and look for a research gap .

After understanding the problem in its entirety, it is necessary to create hypotheses, that is, possible solutions to the problem. Thus, you are able to make conjectures (which are ideas with fundamentals not yet verified).

After formulating provisional explanations for the problem, one must deduce consequences from these hypotheses.

To find out if the hypothetical solution is correct, you need to investigate further. Therefore, the focus of the study shifts from the problem to the hypothesis.

The investigation will be driven by the intention of refuting the presented hypothesis. Thus, according to the Hypothetico Deductive Method, it is necessary to deny the hypothesis instead of seeking a basis that convinces the reader.

The refutation move is employed as an attempt to prove that the hypothesis is correct. Therefore, when the researcher seeks to falsify his hypothesis, he is able to identify and correct errors related to the proposed solution.

To develop the new conjecture, it is necessary to follow the line of reasoning of the deductive method: starting from a universal law to arrive at a conclusion.

On the other hand, when the hypothesis holds, even with all the attacks of falsification, you are sure that you have arrived at a partial conclusion.

To better understand the logic of the Hypothetico Deductive Method, consider the examples below:

The researcher continues his search, in an attempt to contest his hypothesis, until he finds a black swan. Therefore, the theory that there are only white swans is refuted.

All cats have fur. My aunt’s cat should have hair, but he’s a Sphynx and that’s why he doesn’t. Therefore, the theory that all cats have fur is false.

Amazonian tortoises have been found to be dying. No theory can explain what is happening. Therefore, the research problem is: Why are the Tapajós River turtles dying?

The first hypothesis is that there is some substance in the water that is contributing to the mortality of animals. So, testing this hypothesis requires taking a sample of river water to analyze in the laboratory.

After the analysis, high levels of mercury were found, a substance released by mining activities in the region. Thus, the hypothesis that there is a substance in the water causing the mortality of turtles was confirmed.

What is research problem with examples/characteristics

What are focus groups in research Advantage disadvantages 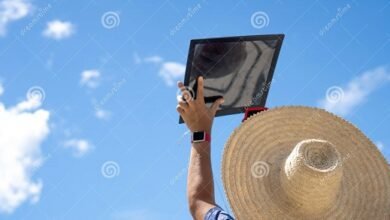