Dislalia – these are various defects in sound pronunciation in people with normal hearing and intact innervation of the articulatory apparatus. Dislalia is manifested by the absence, substitutions, mixing or distortions of sounds in oral speech. With dyslalia, a speech therapy examination of the structure and mobility of the speech apparatus, the state of sound pronunciation and phonemic hearing is carried out, if necessary, consultations of a dentist, neurologist, otolaryngologist. Speech therapy for dyslalia includes 3 stages: preparatory, the formation of primary pronunciation skills, the formation of communication skills. In this article we will provide you the information about Dislalia symptoms.

Dislalia is a violation of the normalized pronunciation and use of speech sounds, not associated with organic damage to the central nervous system or hearing organs. Dislalia is the most common speech disorder in speech therapy , which occurs in 25-30% (according to some sources – in 52.5%) of preschoolers (5-6 years old), 17-20% of primary schoolchildren (grade 1-2) and 1 % of older children. In recent years, polymorphic disorders of sound pronunciation have become predominant in the structure of dyslalia, which prevent further normal mastery of written speech and contribute to the occurrence of dysgraphia and dyslexia.

At the heart of the wrong pronunciation in mechanical dyslalia are organic defects of the peripheral articulatory apparatus (tongue, lips, teeth, jaws). Among the abnormalities in the structure of the tongue and lips, leading to dyslalia, there are:

Anatomical defects of the dentition, causing mechanical dyslalia, can be congenital in nature or occur as a result of diseases and injuries. Defects in the structure of the bone base of the speech apparatus are presented:

It should be noted that pronunciation disorders associated with such organic defects of the vocal apparatus as clefts of the upper lip , soft and hard palate are not dyslalia, but rhinolalia .

With functional dyslalia, the structure of the articulatory apparatus is not changed, that is, there is no organic basis for the violation of sound pronunciation. In this case, the causes of dyslalia are unfavorable social or biological factors.

Depending on the lack of formation of certain signs of sounds (acoustic or articulatory) and the nature of the defect (phonetic or phonemic), dyslalia is distinguished:

Phonetic defects in the pronunciation of sounds of different groups (distortions) in dyslalia are usually denoted by terms derived from the letters of the Greek alphabet:

Sound pronunciation defects in dyslalia are represented by omissions, substitutions, mixing and distortion of sounds.

With functional dyslalia, as a rule, the pronunciation of one or more sounds is impaired; in the case of mechanical dyslalia, a group of sounds similar in articulation. So, an open anterior bite will contribute to the interdental reproduction of sounds of anterior lingual articulation ([h], [s], [c], [h], [g], [w], [u], [d], [t], [ l], [n]), because the tip of the tongue cannot be held behind the front teeth.

Along with the pathological forms of dyslalia in speech therapy, the so-called physiological dyslalia , age-related inarticulateness or physiological imperfections of speech, caused by age-related imperfection of phonemic hearing or movements of the organs of articulation, are distinguished . Such disadvantages of sound pronunciation normally disappear on their own by 5 years.

Diagnostic examination of speech in dyslalia begins with clarifying the characteristics of the course of pregnancy and childbirth in the mother, past diseases in the child, early psychomotor and speech development, the state of biological hearing and vision, the musculoskeletal system (according to medical documentation). Then the speech therapist proceeds to the study of the structure and mobility of the organs of the articulatory apparatus by visual inspection and assessment of the performance of a series of imitation exercises.

The actual diagnosis of oral speech in dyslalia includes an examination of the state of sound pronunciation and the identification of defectively pronounced sounds using the appropriate didactic material. In the process of speech therapy examination, the nature of the violation (absence, replacement, mixing, distortion of sounds) is revealed in various positions – in isolation, in syllables (open, closed, with a confluence of consonants), words (at the beginning, middle, end), phrases, texts. Then the state of phonemic hearing is checked – the ability for auditory differentiation of all correlated phonemes.

With mechanical dyslalia, the child may need to consult a dentist ( dentist-surgeon , orthodontist ); with functional dyslalia – a pediatric neurologist . To exclude hearing loss , a consultation with a pediatric otolaryngologist and a study of the function of the auditory analyzer is carried out . Differential diagnosis of dyslalia, first of all, should be carried out with erased dysarthria .

Speech therapy classes to correct dyslalia should be carried out regularly, at least 2-3 times a week. It is important that speech therapist and articulation exercises are also performed at home. Duration of classes for simple dyslalia – from 1 to 3 months; with complex dyslalia – 3-6 months. 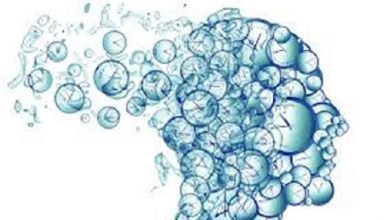