Once the data is collected, the researcher can identify patterns, special directions, explanations, and important branches in the data corpus. However, identifying these patterns is not easy. The researcher can gain this skill, also known as theoretical sensitivity, through experience and extensive reading. After this stage, the researcher sometimes goes out into the field again. It tries to get information from the selected sample. Once he feels that all the data has been collected and nothing new can be obtained from the sample, this is called theoretical saturation. Once this level is reached, it moves on to a new pattern.

The researcher then creates codes for the data. There are basically three types of encoding. These are open coding (data identification), axial coding (finding patterns and relationships in data), and selective coding (connecting data with basic elements). After completing coding, he creates concepts, categories. It is within this framework that new theories are formulated.

Ethnography refers to the study of various cultures and peoples. The peculiarity of ethnography is that it tries to comprehend different cultures of the world from the point of view of people who relate to it. He tries to analyze the subjective meaning that people attach to culture. Ethnography as a systematic study is intertwined with many other social sciences such as anthropology, sociology, and even history.

In ethnography, attention is paid to the various cultural elements of groups, such as beliefs, behavior, values, certain practices, etc. The researcher tries to unravel the symbolic meanings that are hidden behind these elements. This emphasizes that ethnography can be classified as a field of research in which quality data is produced. Ethnography is divided into different sections. Some of them are feminist ethnography, realistic ethnography, life history, critical ethnography, etc. Difference between grounded theory and ethnography

Ethnography: Ethnography refers to the study of different cultures and peoples.

Grounded theory can be used for a variety of studies.

GT does not refer to literature that is directly related to the research problem. The researcher simply gets a broad understanding of the area being studied.

Ethnography focuses directly on the literature in relation to the problem.

Ethnography focuses on understanding a particular community rather than creating theories.

Ethnography uses targeted sampling because it allows the researcher to obtain more information.

Writing its origin history and types with details

What is the difference between Dictionary and Encyclopedia/comparison table 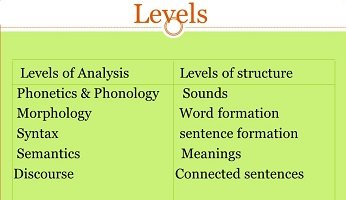