By Industrial Revolution , human sciences understand as the period of great technological development that started in England from the second half of the 18th century . Over time, this development spread to other parts of the world, such as western Europe and the United States. Thus, industry emerged, and the transformations caused by it made possible the consolidation of capitalism . In this article we will give you the Consequences of the Industrial Revolution.

The world economy has undergone major transformations. The process of producing goods has greatly accelerated, as manual production has been replaced by the use of machines. The result was the stimulation of the exploitation of nature’s resources in an excessive way, since the productive capacity increased. The Industrial Revolution also impacted labor relations, generating a reaction from workers, who were increasingly exploited in the industrial context.

Summary of the Industrial Revolution

England was the pioneer of industrial development because it was the nation that had the minimum conditions necessary to trigger this process.

Background to the Industrial Revolution

The beginning of the Industrial Revolution occurred with the development of the steam engine, which uses steam from water heated by coal to produce energy and convert it into power to move machines. In England, at the end of the 17th century, the first machine of this type was created by Thomas Newcomen , and, in the 1760s, this equipment was improved by James Watt .

The first machines that appeared were mainly aimed at meeting the needs of the textile market in England. Therefore, most of the first machines created came with the aim of facilitating the clothing production process. These machines wove threads at a much higher speed than the manual process, and we can highlight some of them, such as the spinning frame and the water frame .

Over time and as the big capitalists became richer, the profits from their industries began to be reversed in investment for the development of railroads , for example. The emergence of the locomotive and the railroad allowed goods to be transported faster and in greater quantity. This happened because the profit of the English industry was so high that it allowed the diversification of investments in other segments.

Consequences of the Industrial Revolution

The Industrial Revolution represented a milestone in human history — transforming social relationships, work relationships, the production system — and established new patterns of consumption and use of natural resources. The consequences were many and are related to each phase experienced in the evolutionary process of technologies that provided the industrialization of countries.

During the First Industrial Revolution, the capitalist mode of production was reorganized. The main consequences of this period were:

The technological advances obtained in the Second Industrial Revolution made industrialization reach other countries, especially the richest ones. These, in order to expand their market, began a territorial expansion also in search of raw material, which became known as imperialism . The main consequences of this period were:

The third phase of the Industrial Revolution — which integrated science, technology and production — further transformed man’s relationship with the environment. The appropriation of natural resources was increasingly intense, since, every day, it became more necessary to make mass production feasible.

The main consequences of the Third Industrial Revolution were: 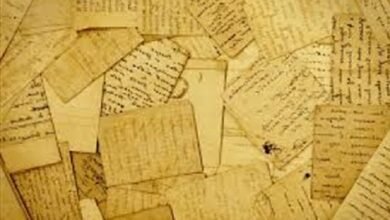