Dichotic listening: what is it?

Dichotic listening is a technique based on the simultaneous presentation of two different auditory stimuli, one in each ear . The stimuli presented can vary from words to syllables, letters and even musical sounds, and other parameters such as the inter and intra stimuli interval, number of presentations or intensity may also vary. (one)

In the late 1960s and early 1970s, Donald Shankweiler and Michael Studdert-Kennedy of Haskins Laboratories used a dichotic listening technique (presenting different meaningless syllables) to demonstrate the dissociation of phonetic perception (speaks) and auditory (does not speak) find that the phonetic structure without meaning is an integral part of the language and is usually processed in the left cerebral hemisphere. A performance advantage for dichotic listening ear is interpreted as a processing advantage in contralateral hemisphere . In another example, Sidtis (1981) found that healthy adults have an advantage in the left ear in a dichotomy recognition experiment. He interpreted this result as indicative of the dominance of the right hemisphere for tone discrimination. At the beginning of the decade

From 1970, Tim Rand demonstrated a dichotic perception in Haskins Laboratories. In their study, the first stimuli: formants (F1) occurred in one ear while stimuli (F2) and (F3) occurred in the opposite ear. F2 and F3 varied in low and high intensity. Ultimately, compared to the binaural condition, “peripheral masking is avoided when speech is heard dichotically.”This demonstration was originally known as “the Rand effect”, but was later called “dichotic release of masking.” The name of this demonstration continued to evolve and was finally called “dichotic perception” or “dichotic listening.” Almost at the same time, Jim Cutting (1976), a researcher at Haskins Laboratories , investigated how listeners could correctly identify syllables when different components of the syllable were presented in different ears. The formants of vocal sounds and their relationship are crucial to differentiate vowel sounds. Although the listeners heard two separate signals without the ear receiving a ‘full’ vowel sound.

Dichotic listening in Autism and its relation to language

The latest data on the pilot study that the Doctor of Psychobiology Sonia Martinez Sanchis and collaborators have carried out was presented at the Faculty of Psychology of Valencia . In this study, quite interesting data on this specific aspect have been obtained. And although he is a pilot who has a small sample, it is a first step to learn more about this aspect, which is intimately related to language development, understanding and cognitive empathy.

In cognitive psychology and neuroscience, dichotic listening is a procedure commonly used to investigate selective attention in the auditory system. More specifically, it is used as a behavioral test for hemispheric lateralization of the perception of speech sounds. During a standard dichotic listening test, the participant is presented simultaneously with two different auditory stimuli (usually speaking) separately for each ear using headphones. Dichotic listening can also be used to test the hemispheric asymmetry of a cognitive function, such as language processing.

This technique consists of presenting two types of information or messages of a auditory nature in a dichotic way, that is, one for each ear. Normally, messages are presented simultaneously – although sometimes they can be interleaved – and are usually digits, letters, words or prose text.

In a dichotic listening task there are two possible conditions:

In any case, the subject’s task may be either to remember the entire message that is required to be attended (dichotic memory task), or to detect the presence of certain items, known as objectives (targets) throughout the message presented (dichotic detection task)

In the study of children (All with a diagnosis of proven ASD), significant differences were found in the results compared to the control group. The differences found between right and left side are important, and these tell us about a deficit in auditory processing and cognitive processes related to language. This deficit directly influences the understanding, hence, while an image-based instruction is quickly understood by the child, the same instruction but performed verbally, generates either a poor understanding and a longer time in processing it. .

In turn, the parents of the children were also subjected to the same tests. The objective was none other than to try to find connection points, to see if there really was a paternal-filial relationship. As the results on fathers and mothers were the most normal, that is, they did not show differences compared to the rest of the population, obtaining values ​​that were average.

In the previous conclusions we can deduce that in this specific case there is no hereditary component. That is, there is no hereditary relationship in the aspect of hearing quality and processing. It is therefore an aspect related solely and exclusively to the Disorder itself. In turn, having techniques to improve the quality of dichotic listening in children with an Autism Spectrum Disorder can be an important part when it comes to correct language development. 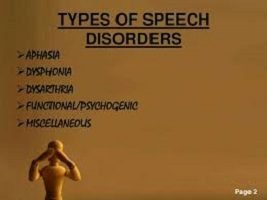 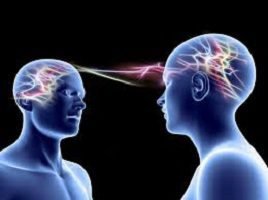 MAIN THEORIES IN THE ACQUISITION OF THE LANGUAGE