When the environmental agenda appears on the news, the name Greenpeace is a constant presence.

But do you know what it is and how this organization works?

Its operations take place all over the world.

Our country has even made headlines in national and international media because of the recurring fires in the Amazon Forest – this to take a more recent example.

The United States, on the other hand, has drawn attention, in recent months, for the modification of laws that concern the preservation of endangered species of animals and for the removal of climate change from the list of threats to national security.

European countries, in turn, continue to struggle with problems such as the production and management of waste and the increase in average temperatures. While Asia suffers from overpopulation and Africa, from the extinction of native animal species and decrease in biodiversity.

For all these demands, there is a common voice acting in environmental protection .

It is Greenpeace, an organization that has been very busy with the development of numerous actions, campaigns and projects.

Greenpeace is a non-governmental organization (NGO) focused especially on issues related to the environment.

On its official page , it defines itself as an activist entity with commitments made only with people and civil society.

As its name green and peace sums up, the NGO’s reason for being is to find creative solutions to make the world a better place , based on principles such as preservation and pacification.

Despite having its main headquarters in the Netherlands, Greenpeace has offices in more than 55 countries around the world.

What Is The Purpose Of Greenpeace?

Together we can make the difference. That’s what Greenpeace believes.

Whether through actions or the power of voting, the truth is that the ability to transform is in the hands of people.

Individuals have the opportunity to fight to get out of their comfort zones and do something different in order to change the environment in which they live.

And, through mutual cooperation , they can defend our rivers, seas and forests and invest in our cities, for example, thus improving the quality of life for all.

Seeking a green and peaceful future, the main goals of the environmental NGO are:

Now, Greenpeace’s goals are known. But how does the organization go about winning them over?

That’s what we’re going to talk about now, bringing details about the actions she takes.

You will never see Greenpeace shirk its responsibilities or fail to act .

Everyone in the entity is aware of their role and the flags that are defended by it.

Effective and voluntary members of the NGO cherish the principle of non-violence .

They are even trained so that the only weapons used during campaigns are voices and posters.

The organization also does not accept official donations from companies, political parties and governments.

The only sources of funding accepted are spontaneous individual contributions or from foundations.

There is no side, no permanent alliances. An institution that is a partner today may not be a partner tomorrow and vice versa.

The organization’s commitment is to environmental preservation and quality of life and, in order to fulfill its purposes, it does not ally itself with interests.

So, anyone who really wants to help and change reality for the better should be welcome at Greenpeace.

It can be easy to point out mistakes without any effort to transform reality .

The difficult thing is to fight these problems and seek solutions that make the world a better place to live.

And that is precisely what Greenpeace proposes: to carry out concrete actions so that we have a more promising future.

You Now that you know a little more about the flags that Greenpeace defends, the objectives and fundamental values ​​that guide the organization, what do you think about staying on top of the NGO’s history?

Want to know how it all started ? Follow up!

Greenpeace did not have a specific leader of great prominence at the head of its creation, but a group of activists, full of ideals and with a unique thought: to change the world.

More precisely, the team consisted of 12 people. Among them, environmentalists and journalists.

The activists in favor of the environment believed that the simple fact of coming together and jointly seeking solutions to the problems that the world was facing at the time could already make a difference.

Names like Bob Hunter , Patrick Moore and Paul Watson were part of that first group that would later form Greenpeace.

In What Year Was Greenpeace Created?

The beginning of this story took place in 1971 , when young people, aboard an old and rusty fishing boat, left Vancouver, Canada, bound for the Arctic.

The mission of these dozen activists, who until then called themselves the “Don’t Make a Wave Committee” , was to witness and try to prevent the US-scheduled nuclear tests in Alaska from happening.

How Did Greenpeace Come About?

The name Greenpeace, in fact, was the work of fate. A complete accident.

To raise funds for their mission in the Arctic, the militants decided to produce buttons with the slogans Green and Peace , present on two flags aboard the fishing boat.

However, they appeared to be too big to fit separately in the brooches, so they decided to put them together.

Okay, but what about the end of this story? How was the project in Alaska?

Even before reaching the destination, the vessel was intercepted and the US carried out its experiments and detonated a bomb.

So, does it mean that the NGO’s baptism arises from an unsuccessful operation?

Not exactly, because the story isn’t over yet.

The activists’ journey did not go unnoticed and drew the world’s attention to the North American experiments.

A very strong resistance was created and, after popular pressure, the nuclear tests in Alaska ended up being suspended.

More than that, the peaceful campaign began to motivate other people sympathizing with the cause and who also started to unite in favor of a greener and more peaceful planet.

Greenpeace then began to take shape and, almost half a century later, became one of the main existing NGOs.

As we saw at the beginning of this article, the four corners of the world face difficulties, and Greenpeace also organizes actions to combat behaviors that compromise the quality of life of all living beings.

Discover some of the organization’s main projects around the world:

It is an awareness campaign against the big fashion brands that are producing more clothes than the environment can absorb.

Runway trends change constantly, and what was at its peak this week, the next, goes to waste.

What the campaign proposes is that there is a change in the logic of consumption , making it a little more sustainable.

But this is an attitude that must also come from the customers, of course.

The campaign, which, in good Portuguese, can be translated as “ Eat less meat, more vegetables and tell your friends ”, has a very explicit objective, as the project’s title makes clear.

The point here is that the decrease in meat consumption helps to put a little brake on the relentless pursuit of profit by companies in the segment, which ends up putting everyone’s health at risk.

The NGO tries to make the population aware that there are other ways and that the choices we make regarding our food have a huge impact.

In the 21st century, there are still people who use plastic in excess.

It is true that the use is still very much encouraged by some supermarket chains that provide bags of this material for free.

The campaign “ Stay against plastic pollution ” seeks, precisely, to change this scenario.

And, through small actions, replace this material that is so harmful to the environment with less aggressive products.

There are actions to, for example, Save the Arctic .

After all, this is how, 48 years ago, Greenpeace began its activities as an environmental organization: saving the Arctic.

Unfortunately, since then, the situation has not changed much. In fact, some aspects even got worse.

Companies want to drill the soil in the region in search of oil, without considering that an oil spill would be a catastrophe for the local biodiversity.

Join The Wave Of Resistance Against Pipelines

A large part of the North American population is fighting to avoid the construction of new oil pipelines on the continent.

The reason is easy to understand: if there is a problem with them, there can be contamination of water, soil and wildlife.

But, more than that, the campaign seeks to ensure the population’s right to free expression , as large companies would try to silence dissent and opposition protests. 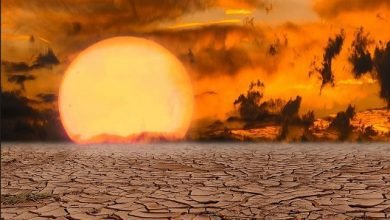 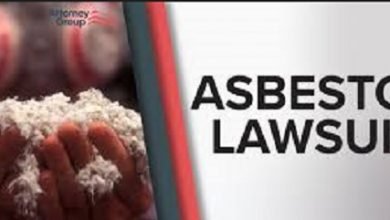 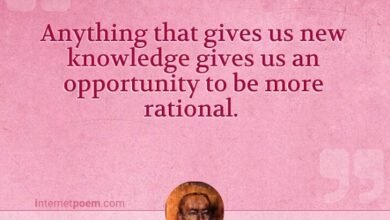 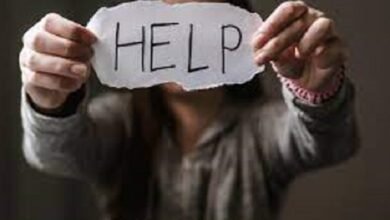