What is discourse analysis?

It is known that discourse is a linguistic construction that is related to the social context of the text. So, the political-socio-cultural context in which the author lives influences the ideologies that the discourse reproduces. In this context, discourse analysis is a research methodology , which aims to interpret texts. It is, therefore, a qualitative method of analysis. After all, she seeks to analyze the way people express themselves. The object of study, in this case, is the discourse itself. discourse analysis

But make no mistake. This analysis is much more than a textual analysis. Since it seeks to understand the ideological constructions that are present in the content of the object. In other words, it is an analysis of the context of the political-social structure in which the discourse is inserted.

So, the central objective of this analysis is to verify what are the relationships between language, history and society itself present in a discourse.

In other words, this type of analysis aims to understand how a symbolic object (whether a text, a photo, a sculpture) produces meanings. That is to say: discourse analysis can be carried out based on verbal or non-verbal contents.

The main objective of discourse analysis is to reflect on a particular manifestation of language that can be the result of a movie, a song, the marks of a social group, etc. Therefore, analyzing the context related to the manifestation to be analyzed by you is as important as its object of study itself. Reflecting on how this discourse is linked to a certain historical moment and a certain social space is also of equal importance in this type of analysis. It is from the discourse that the researcher will analyze the textual structure of a given object. This text to be analyzed also concerns a culture, a people, a history, so bringing all these elements to the analysis is essential, because this text can only be understood when the message, that is carried by the cultural and historical marks of a certain social group, is understood in a broad way. Elements such as emission, reception and understanding are aspects that guide this type of discourse analysis.

DISCOURSE ANALYSIS IN THE METHODOLOGY CHAPTERS

Until, approximately, the years of two thousand and fifteen and two thousand and sixteen there was a certain confusion when one wants to analyze the lack of people interviewed in the most diverse studies. This is because until this period that we mentioned if you take, for example, dissertations and theses, many of the authors proposed to analyze speech, and, for that, they ended up adopting discourse analysis, mainly, as a research methodology. Therefore, it was quite common for these researchers to conduct interviews with, for example, parents, educators, market interviews, among others. They ended up adopting a more qualitative perspective to collect these statements, however, when analyzing these statements, the authors supported each other, that is, they cited discourse analysis as the methodology responsible for sustaining the analysis of these statements.

How did Foucault describe discourse analysis?

In the book Ordem do Discurso, Foucault defined discourse as a construction of the characteristics of a society. In his view, society is what produces the context of discourse. discourse analysis

So, each and every element that will be part of the meaning and meanings of the speech is related to the society in which it was produced. This is why social context is said to be the “ textual structure of context ”.

An important point, however, is that Foucault made it clear that discourse analysis does not serve to interpret what is visible (on the surface of discourse), but what is hidden, within speech and context.

In this sense, one can, for example, use this methodology to analyze interviews or focus groups . Or else, to analyze speeches present in newspaper editorials or political demonstrations. discourse analysis

That is: whenever the context and meanings of a manifestation of expression are qualitatively analyzed.

How to do discourse analysis?

Well, you already know what the main objective of this type of methodology is, right?

So, in the first place, it is essential not to lose sight of the fact that every expression of expression comes from somewhere (which comprises several factors such as social class, geographic location, gender, race, in short).

In this context, the analysis must always start from the following question: “ within this discourse, what do you see in the context of the person who is speaking out ?”

Thus, it will be possible to analyze the person and the language in relation to the context, which represents: the environment, the economic situation, the sociopolitical situation, the gender, the race… in short, all the perspectives that are interesting to the subject of the work . discourse analysis

In the Discourse Analysis  technique , there is an inter-multi and transdisciplinary crossroads that addresses the social production of meaning by relating rhetorical procedures, the investigation of narrative structures, ideology and culture.

For this , it goes beyond the study of the Saussurean “parole” . Leave behind the “what” is said to wonder about the “how” it is said.

Therefore, when we speak of Discourse we refer to its intentions, anchors, relationships and contextual, spatial, temporal, social and cultural interrelationships, transcending the classical conception of language as an ordered set of signs, based on the observation of the multiple processes of social production of meaning.

Its borders are blurred and its approach is carried out from theoretical perspectives as diverse as Ethnography, Structuralism, Semiotics, Sociolinguistics, Pragmatism, Ethnomethodology, Psychoanalysis, Social Psychology and of course Communication Studies.

To carry out a Discourse Analysis,  it is necessary to initially face the non-reductive and dynamic task of identifying it, for which it is key not to lose sight of the complex interdependent dialogical relationship between Texts and Contexts . discourse analysis

The Discourse to be analyzed will always account for its unity in diversity and will be a contingent point of fixation of meaning determined by our Observation-Observed .

In this framework, Discourse Analysis  implies at least:

Describe their Texts: physical, psychological, political, cultural components, etc.; its explicit and implicit themes or issues and the key actors involved in the conversation;

Identify its Contexts:  ideological, evaluative, political and social, accounting for the linguistic resources and the rhetorical and ethical, aesthetic and economic strategies that support and legitimize it socially;

Generate a Dynamic – Relational Discursive Model: it will allow the generation of various theoretical analyzes and interpretations of the Discourse studied from the systemization of the Texts and Contexts worked on in the previous points.

THE CONTROVERSY OF DISCOURSE ANALYSIS AS A METHOD

As we have seen, there was a certain tendency until the year two thousand and fifteen to bring discourse analysis to the method chapter, but this generated a lot of controversy in the academic world. This was mainly because there are discursive theories, and therefore, when you think of discourse theories, you will automatically come across a veritable conceptual labyrinth of ideas, methods, trends and approaches. It is a very broad aspect of the sciences of communication and human language, which may have contributed to this controversy in relation to the use of this current as a methodology for the mere analysis of the speeches collected by the authors. In the current of discourse analysis, it is not a method, it moves to another place, its objectives are different. It is in the midst of this controversy that an essential work for thinking about discourse emerged:

BARDIN’S CONTRIBUTIONS AND THEIR ACADEMIC RELEVANCE

It is impossible to focus on discourse analysis without bringing to the discussion a researcher of paramount importance: Bardin. The first thing you need to keep in mind about this author so relevant to our discussion is that in two thousand and sixteen she wrote a book on qualitative methodology and in it she brought up the discussion about content analysis that we talked about in start of this discussion. She is the one who claims, in her study, that content analysis is much more than a mere description of a given material. It is necessary to go beyond that, because we are dealing with human communication, and, therefore, understanding and interpreting, in a way that goes beyond the descriptive, is fundamental. Only in this way will we, in fact, be carrying out an analysis of human discourse. This is her main contribution.

Advantages and disadvantages of field research/definitions/examples 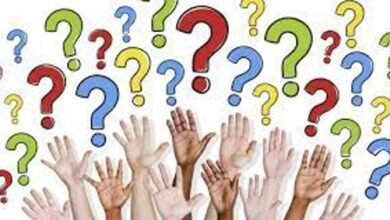 What are guiding questions How to start Methods for defining

Popular databases for research/PubMed/Scopus/Web of Science and others