In today’s article, you will learn what  cognitive dissonance is,  which is nothing more than a difference between what a person says and what he does. Have you ever met someone who acted completely opposite to what she stands for? In reality, the problem is more complex than this example. To better understand what the problem is about, be sure to read this post until the end!

What is cognitive dissonance

Cognitive dissonance is a concept that was first developed by Professor Leon Festinger in the mid-20th century. His work was developed mainly at the New School for Social Research in New York. It was in 1957 that his book on the subject was published for the first time, entitled “ Cognitive dissonance ”, today quite difficult to find.

The author defines Cognitive Dissonance as a tension between what a person thinks or believes and what they do. When someone produces an action that disagrees with what they thought, this discomfort is generated among the psychic mechanisms. Thus, there is the effect of cognitive dissonance.

One of two things: either what we know or think fits our behavior, or behavior fits our knowledge. Festinger considered the need to avoid dissonance to be as important as the need for security or food.

There would be a “psychologically uncomfortable state”, that is, an internal conflict in the subject in his decision-making process when two (or more) cognitive elements are perceived as not coherent.

The subject has a specific opinion on a subject, or a specific behavior in a situation, and this does not match what the subject thinks of himself. That is, a concrete (temporal) thought or attitude is not in accordance with the abstract (timeless) image that the person has of himself.

Cognitive dissonance is rational and emotional

For the authors Sweeney, Hausknecht and Soutar (2000), the theory of cognitive dissonance brings with it a contradiction, since it has an eminently emotional value although it has the “cognitive” (a conceptual or rational idea) in its name.

This discomfort varies according to the importance that the subject assigns to a theme and, depending on the situation, it can be perceived as something more serious. Even anguish or anxiety, which would reflect the mismatch between cognitions.

Example : there is a cognitive dissonance when a person has an image of himself as an environmentalist, but one day he throws garbage in the street, through his car window. If the person has already taken a public position on the subject (for example, defending the environment to their children or on social networks), the tendency is that the dissonant conduct generates greater psychic discomfort.

To dissolve the dissonance between their self-perception and their actual conduct (and alleviate the anguish generated), the person can adopt mechanisms such as: “it was just once”, “today is not being a good day for me”, “I don’t like the mayor of this city”, “there is another explanation for this specific case”, etc.

We speak of the ego’s defense mechanisms, which can also be adapted to understand the mechanisms to resolve the dissonance.

Now, speaking in more specific terms, cognitive dissonance theory states that there are three ways to eliminate or reduce dissonance :

In our view, the important thing is that the subject resolves the dissonance in a profound way and that it gives a new meaning to the self-image that the subject has of himself. Thus, you will be able to find a new frame of consonance and in conformity with your “essence”, something that is not a mere excuse for dissonance.

That is, to resolve in depth, it is necessary to seek more knowledge and self-knowledge, in order to identify whether:

More information on the meaning of cognitive dissonance

Generally speaking, this is an uncomfortable tension that can be generated by two conflicting thoughts. Basically, it is about the perception of incompatibility between two cognitions, where “cognition” is a term defined as any element of knowledge, including attitude, emotion, beliefs or behavior.

Cognitive dissonance theory holds that opposing cognitions serve as stimuli for the mind to obtain or invent new thoughts or beliefs. Furthermore, it is possible to modify pre-existing beliefs in order to reduce the amount of dissonance (conflict) between the cognitions that are caused.

It is noteworthy that, according to Festinger, the severity or intensity varies according to the importance we give to the cognitive elements that are in dissonance.

Examples that help to better understand the theory of cognitive dissonance

To better understand the context of Cognitive Dissonance, we have prepared some examples below, which are present in our daily lives.

Cognitive dissonance is present in our daily lives, whether in the purchases we make daily at the market or mall.

Take a good look: most people want to make good choices when buying a product. However, it is quite common when, for some reason, we suddenly regret having spent the money or even think that the product was not what we expected. In this situation, the brain conflicts with the beliefs already existing in your head. That way, making him clash with his mind.

Practical examples experienced by all of us

Have you ever done something even though you knew it was wrong?

A good example of this is smoking a cigarette knowing it is harmful to health. Eating sweets in excess also helps to understand the concept, remembering that excess can be fatal for those suffering from diabetes. Parking in an elderly person’s space is another example, even though it is prohibited.

Driving a drunk vehicle knowing all the dangers that may result from this choice is also completely controversial.

More examples that affect our emotional

Sometimes we want so much for everything to work out in our relationship with a person, be it a boyfriend, husband, friend, co-worker, relative or boss. Our desire is so much that we overlook true absurdities that this person can commit to cover and defend them.

Furthermore, we end up making excuses for them, justifying the unjustifiable when we should just realize that this person is not doing us any good. This problem is particularly interesting when we observe cases of cognitive dissonance in interrogations , which is super complicated to deal with.

These are some examples of attitudes that can generate discomfort, as if we were disappointing ourselves. In psychology, this sensation is the result of cognitive dissonance, which is a phenomenon where our beliefs actually come into contradiction. In short, whenever the way you see the world collides with the way you act, think or communicate , we have here a case of cognitive dissonance.

When is cognitive dissonance present or not? A quick definition for laymen

When post-purchase, the customer carries with him the pleasant feeling of satisfaction, without guilt or remorse for having spent in that store, there is no cognitive dissonance. However, when we observe the opposite, after the act of purchase the customer regrets spending the money, or feels sorry for what happened, here we can see that cognitive dissonance is present.

What to do when cognitive dissonance occurs?

In a minute of stress or discomfort between two different ideas, generating dissonance, we can soften the moment by taking a different attitude. Trying to change the environment and adjust it to your current convictions or adding new information to your knowledge is extremely important, in this way we alleviate internal conflicts.

Tips to soften the impact on your daily life

We saw that cognition is related to beliefs and opinions, whether you have a point of view related to a certain subject. Therefore, this goes for an object, person, moment, religion, among other things.

By adding a new cognition, we started to obtain more information about that particular topic. As a consequence, we will bring a state of balance to the new perceptions, reducing the conflict of dissonance. This happens because we insert new information that breaks the degree of importance of the previous dissonance.

Is it possible to cure cognitive dissonance?

Here we leave our question mark for this question, after all, cognitive dissonance is present in our lives. In fact, it can even be beneficial in several contexts for our survival. We will not be immune, but we can undoubtedly determine a more self-critical relationship with our own mind in the name of better performance.

To develop yourself in this regard and avoid controversial actions arising from  cognitive dissonance,  enroll in our 100% online Clinical Psychoanalysis course ! In it, we work on important issues like this and enable you to work as a psychoanalyst or incorporate the knowledge acquired into the career you already have. Check out! 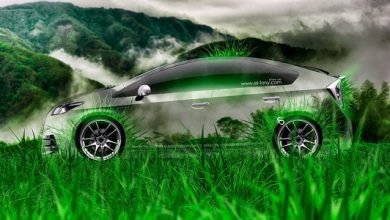 Advantage and disadvantage of hybrid car 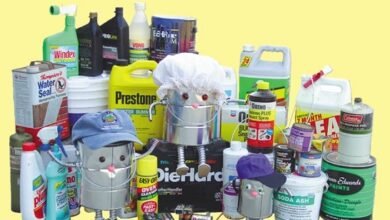 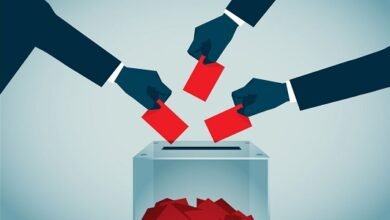 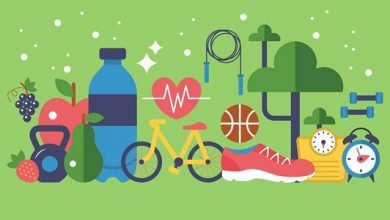