A syllable can be a letter, and sometimes a whole group of consonants and vowels, which the English pronounce in different ways. The syllable is a phonetic element of the language. We can talk about the importance of syllables for oral speech, while they do not participate in semantic word-formation. Therefore, the syllable is also called a pronunciation unit. Types of syllables in English

The English alphabet has only 26 letters and six of them are vowels. Singly and in combination with other letters, vowels form two dozen sounds in British English. In American English, there are slightly fewer vowels. In any case, this means that in English, each vowel can be read in a different way. It depends on the:

This type of reading also includes words with a dumb “e” at the end of the word. For example, in the following words, the letter “e” is not pronounced, but the vowels are read according to the rules of an open syllable:

A closed syllable ends in one or more consonants, the vowel in this case is read briefly. For example:

However, this is a question of dialects of the English language: native speakers of North English dialects pronounce this letter only as [ʊ].

In English, there are many words that consist of one closed syllable ( cat, pin, red ). If you add a suffix starting with a vowel to them, the consonant in front of it will double and the sound will not change. For example:

Take the word cha-ra-cter , for example . According to the open stressed syllable rules, the first stressed vowel “a” should be read as [ei], but the word is pronounced as [ˈkær.ək.tə]. The fact is that in English words with three or more syllables, the stress often falls on the third syllable from the end (as is the case with character ), and then the vowel in it is read briefly – as in a closed syllable. For example: Types of syllables in English

In British English, unlike in American English, the [r] sound is not pronounced in these words.

The doubled “r” does not affect the sound of the vowel. In this case, the syllable is read as closed. Compare:

The syllable “vowel + re”

The combination of letters ” re ” forms a diphthong in the syllable “vowel + re ” When we pronounce a diphthong, one sound passes into another, that is, it actually splits into two. The same [ei], [ai], [əʊ] or [oʊ] that appear in open syllables are diphthongs. Other English diphthongs: [au], [oi], [iə], [ʊə], [eə].

Examples of such words:

The syllable “consonant + le” Types of syllables in English

The syllable “consonant + le ” occurs only at the end of a word. If -le is preceded by one consonant, the syllable is read as open. If there are two consonants before -le , it is read as closed. Compare:

Not every consonant is combined with -le . Here are the ones typical of the English language:

If the word contains combinations of letters ld , nd , then the syllable is separated right before them: fi-nd , co-ld . This is why it is read as open: Types of syllables in English

A digraph is a combination of two letters that are pronounced as one sound. In the case of vowels, it can be a long, short sound or a diphthong. Many old Anglo-Saxon words, the pronunciation of which have changed over hundreds of years, retain the following digraphs: thief , boil , hay , boat , straw . For example, the word thief has this story:

There are many exceptions to these words, so the only way is to memorize them gradually and systematically.

These combinations of vowels may not be digraphs, then the vowels will belong to different syllables. In this case, the first vowel is read as in an open syllable, and the second is in an unstressed position and gives the sound [ə]. For example:

According to the rule of an open syllable, the second letter of the combination can sometimes be pronounced:

Combinations of vowels with consonants

Separately, it is worth highlighting several combinations of vowels with consonants, which change their pronunciation.

The combination al before a consonant can be pronounced as [ɔ:]:

In combination with gu with a vowel, the letter “u” is not readable:

Foreign borrowings in English are not subject to its rules. For example, in borrowings from French, the ending -et is pronounced as [eɪ]: Types of syllables in English

How to split a word into syllables

To correctly read a typical English word, you must not only know the types of syllables, but also correctly break words into syllables. The number of syllables is equal to the number of vowels. Dumb vowels are not counted, and diphthongs are counted as one vowel.

If there is a prefix or suffix in a word, they are considered a separate syllable. Therefore, the word restore is divided into syllables like this: re-store , not res-tore , and the prefix is ​​pronounced according to the rules of the open syllable [rɪˈstɔːr].

In words with two consonants in the middle, division into syllables occurs between them: win-ter , sub-ject . Combinations of consonants that are read as one sound are not separated: py-thon .

If there is one consonant in the middle of a word, division usually occurs before it: ba-by , e-vil .

If the word ends in -le , this combination is separated as a syllable along with the consonant in front: ta-ble , lit-tle .

Do not forget about the combinations -nd and -ld , which form a separate syllable: gri-nd , wi-ld .

How to identify stress

There is no fixed stress in English, so you need to focus on the rules:

conclusions Types of syllables in English

To read an English word correctly, you need to distinguish between open and closed syllables, as well as understand where the stress falls. Stress affects how vowels are read in the same syllable type. Do not forget about diphthongs, which are pronounced as two sounds, and digraphs – combinations of two letters, as well as the letters surrounding the vowel in a word ( r, re, nd , etc.) And, of course, the main rule is that the English language is full of exceptions. Types of syllables in English 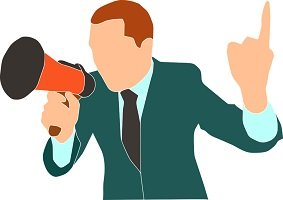 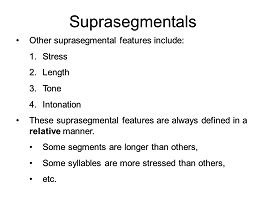 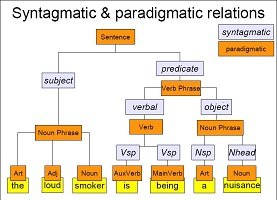