A legend is a short story about a supernatural, imaginary or real event that is inherited from generation to generation and can be oral or written. Another definition of this literary form is that it is a traditional narration of an event that mixes the unreal with the true, and whose environment is related to a particular community. Legend characteristics types structure

The origin of the word legend comes from the Latin term legere that translates to read and choose. According to its etymological principle, legend comes to be something that comes out of the unknown when read. Historically, these stories gained space from medieval times with the exposition of the lives of the saints and martyrs.

On the other hand, the oral character and the transmission to generations of a legend cause the story to undergo some changes, which generate a variety of versions according to the culture and popular beliefs of each region.

This type of narration highlights the thinking, the collective feeling of the peoples and the preeminence of their values. In general, a legend is based on a character or object with real features to which fantastic elements are added.

The protagonist of these narratives acts or moves within a specific geographical territory and their characteristics are given by a cultural and social environment. Examples of universally known legends are King Arthur, Robin Hood, or Beowulf.

The purpose of the legend is to expose and describe particular features of a certain culture. These narratives are also intended to sow values, warn about the consequences of some attitudes and debate the good and the bad. For a legend to fulfill its objective, it must have the following characteristics: Legend characteristics types structure

A legend happens in a certain time and environment, the precision of the place or environment is related to the real. Although the narration of the events takes place in a real space, fantastic and imaginary elements are usually incorporated.

Every legend focuses on a certain character or object, which is responsible for originating the main events of the narrative. The characters can be fictional or real, but they often have exaggerated admirable characteristics that praise them and elevate them to the category of true heroes.

In general, the characters of the legends existed at a certain time and the particularity of their personality allowed them to be incorporated into popular culture. From there his actions became part of daily dialogues and became a tradition.

The legends focus on the characters and the grandeur of their actions. This characteristic is the one that allows to easily differentiate the legend of the story and other types of stories.

The actions of the characters are usually so unique that they are unrepeatable by anyone else in any other place or time.

Possible reality of the stories

In some legends it is possible that the stories they tell were real or partially real in ancient times and, with the passage of time, they were loaded with fictitious details, or exaggerating reality to the extreme.

The legend has its origin in oral narration, this means that it is transmitted to generations by word of mouth. The fact that these stories are told orally means that they will vary in some aspects depending on the place, culture and values ​​where they are transmitted.

However, with the passing of time the legends acquired a written character with the aim of preserving the thinking, idiosyncrasy and feelings of the peoples.

The legend lacks a specific author, that is, the narration is anonymous. The anonymity of the legends is subject to their character of oral tradition, as they are transmitted from one generation to another, their versions vary as new elements are incorporated. Legend characteristics types structure

The legend is intended to prevent, warn or advise on attitudes or the presence of risky events. The above will depend on the population or community where it originated.

As a general rule, these narratives do not explain their purpose as they do in fables. On the other hand, legends can only be for the purpose of entertaining.

The narration includes supernatural, magical or fantastic events, which are those that allow the most skeptical to doubt and those that at the same time give the characters a tinge of heroism.

The characters are human

The legends have as protagonists human beings who were relevant in a historical moment due to their actions, thoughts or feats.

This characteristic differentiates it from myths, which are symbolic and timeless narratives starring gods, demigods or unreal characters.

In this part of the narrative, the story to be transmitted begins, the main character of the story is introduced and the different spaces or places where the actions take place are exposed in a descriptive way. At the beginning, the elements that will unleash the important plot of the legend are revealed.

It is in the introduction where the origin of the protagonist, his physical and psychological characteristics is also discussed with the intention of stoking the interest and imagination of the receiver. In this section of the legends references are also made to other characters that are part of the plot.

In the development of the legend the complications that appeared in the introduction originate. In this part the difficulties are present in the life of the main character and are accompanied by fantastic and unreal elements. In general, what happens to the protagonist is linked to a negative action or disrespect for what is established.

The legends can present in their development alteration and change in the environment that was initially described in order to mix the true with the unreal. In this part the other characters of the narrative usually intervene.

The end of a legend exposes the change and transformation that the main character undergoes after breaking the rules or acting incorrectly.

In this part of the narrative, the protagonist and the environment that surrounds him are immersed in a new world, which hardly returns to normality and naturalness.

On the other hand, an aspect to highlight within the structure of these oral tradition narratives is the so-called “legend contamination”. The above refers to the fact that some legends incorporate similar features and elements from others in order to enrich and harmonize the story.

Legends are classified by their theme and origin. In turn, these are made up of some subgenres, each of them is described below:

– According to its theme

Historical legends are the narratives that expose events that arose in wars or in times of conquest. These types of stories become important when they are transmitted orally and combine real elements with fantastic and unlikely characteristics. Legend characteristics types structure

This type of legend bases its content on the origin and birth of aspects related to the natural world, such as rivers, lakes, rain and trees. Commonly, these narratives are part of the culture of indigenous peoples.

This variety of legends are related to the plots “from beyond” or the so-called stories of ultratombas. In these narratives the main character has contact with death, makes a trip to the underworld and may or may not return from it.

Religious legends are based on the narration of the lives of saints or people free of sins who have traveled the world. These stories often incorporate some type of pact with hell or the devil and occur in communities that are governed by high faith.

– According to its origin

They are contemporary narratives of a popular nature that, although they contain superstitious or imaginary elements, are made known as if they occurred in a current time. These stories are not only transmitted by word of mouth, but modern media are used to massify them and make them popular.

For a legend to become urban it is necessary that it be known in various parts of the world, although it presents different versions. These narratives can be inspired by any source, event or person. It includes the same structure as the other legends.

Some examples of urban legends are: Walt Disney is cryogenized to be revived in the future; Elvis Presley or Adolf Hitler are not dead; the alien Roswell and the stories about UFOs and aliens.

Rural legends have their origin in the fields or in remote parts of the city. Although these narratives incorporate fear as the main element, they also focus their theme on aspects related to nature and the beliefs of the town where they were created.

This variety of legends refers to popular narratives that originate in small localities, whether they are a municipality, province or urbanization. The content of these stories does not differ much from the previous ones, it only focuses on a character known to the community and who stands out for a particular aspect.

Differences between myth and legend

Today it is common to hear myth and legend speak synonymously. Although both have some similarities (such as, for example, that they mix reality with fantasy, that they explain a fact or phenomenon and that are transmitted orally), there are some characteristics that differentiate them:

We hope you have noted the characteristics of legend.

Difference between Sex and gender/characteristics 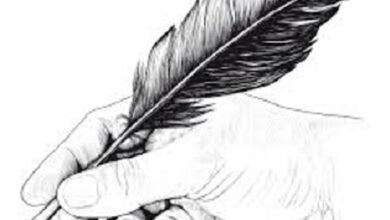 Difference Between Fable and Fairy Tale