If you have always wanted to know more about phonology in English, from the beginning you will surely find some Important terminology of English phonology. Phonology terminology

It is very rare that most of these terms are used daily, since they are almost never used unless linguistics has been studied.

If you want to know what linguistics says about terms like ” shwa” (a neutral vocal sound) or ” triphthong” , this article will help you a little.

I have included some interesting facts to make it easier for you to remember these terms.

Phonetics : This section of linguistics studies the sounds of human language. It’s divided in:

INTERESTING FACT: It is said that the first phonetic writing system, which was the basis for the creation of all modern phonetic signs, was created by the Phoenicians. Phonology terminology

Phonology : This section of linguistics studies how the sounds of human language are organized in a specific language.

INTERESTING FACT: there are between 30 and 40 dialects in English in Britain and more than 20 in the United States.

Accent: way to pronounce characteristic of a specific geographical area. An accent may be foreign or regional and may be related to a specific economic level.

“I spend a lot of time with mine and they definitely mute with a Somerset accent,” said Lloyd Green, a BBC News journalist.

Vowel sound : a sound that is produced when air passes through the larynx and the oral cavity.

INTERESTING FACT: Although it is difficult to count the exact number of vowels in some languages, it seems that the Taa language, the language of Botswan and Namibia, is the one that has the most since there are between 20 and 31 vowels (depending on how they are counted ). Phonology terminology

Consonant sound : a sound that is produced when the air is interrupted or limited by the position of the tongue, teeth or lips.

INTERESTING FACT: The main dialect of the Totokas language has the lowest number of consonants in the world: only 6.

Diphthong : a sound that is formed by combining two vowels into a single syllable in which the sound begins in one vowel and moves to the other. For example: / ey / in the word ” play” , / oy / in the word ” boy” and / aw / in ” loud” . It is also called “gliding vowel.” Phonology terminology

Triphthong : union of three vowels (letters or sounds) that are pronounced in a single syllable. They are pronounced together as if the sound were passing smoothly from one letter to another.

INTERESTING FACT: there are five triptongos in British English:

INTERESTING FACT: as a general rule, all vowels that are not accentuated in English have a neutral sound. In this way, / ah / in a word that is not accentuated becomes neutral as / ə /.

The sound / æ / in Old English is an almost open, unrounded front vowel that was represented with the symbol / æ / in the IPA and with / AE / in the Arpabet. It can be found in words like ” cat” , ” bat” , ” pack” , etc. Phonology terminology 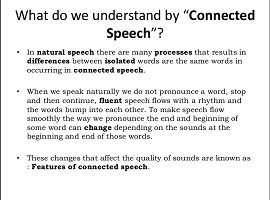 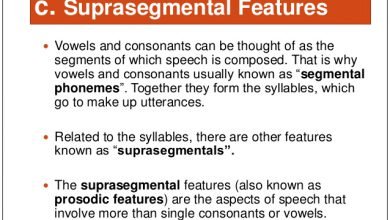