A census is an attempt to list all the items in a group and measure one or more characteristics of those items. The group is usually an actual national population, but it can also be all the houses, businesses, farms in a particular area, books in a library, and so on. In this article we will elaborate you the census in research.

A census can provide detailed information on all or most elements of the population, allowing totals to be obtained for rare population groups or small geographic areas. A census and a sample survey have many features in common, such as the use of a questionnaire to collect information, the need to process the data, and susceptibility to various sources of error.

Currently, the census is probably the only source of national data on social and economic processes that can be effectively linked through geographic information systems. In these terms, the census materials offer what may be at this time a unique opportunity to directly explore the relationships between natural and human processes.

Much of our understanding of the social transformations of recent decades has been gained from the analysis of census data. The decennial census has become an indispensable tool of government and a server for many other purposes. A small number of questions that the government considers appropriate and necessary have sufficed to delineate many of the most important characteristics of the nation’s towns and their main activities.

Age, gender, race, ethnicity, family relationship, parentage, current and previous place of residence, place of birth, education, employment, income are topics covered by the census. They provide raw data for the specification and analysis of each of the social and economic transformations mentioned above and for countless reports and investigations by public and private organizations.

The data consists of detailed tabulations for each geographic area and tables by conventional categories, such as age and race. A typical table might show the population by age, sex, and race for a city’s census tracts. With more information, changes in the areas can be projected. A typical research task is to project the size and characteristics of a particular age or ethnic group. For this, the birth, mortality and migration rates are used.

A second level of identification allows the analysis of specific cities and groups of cities. For example, race, ethnicity, gender, income, and employment may be related to fertility, age, or any other characteristic, a multivariable association that does not exist in aggregate data.

The identification of patterns and rates of change allows projections to be made about the size, characteristics and distribution of the population in the future. These projections are of fundamental importance for the formulation and evaluation of public policies. They make it possible to estimate the types and scope of services that will be demanded in the future and the social resources needed to meet those needs. For example, the nature and adequacy of the housing of certain groups can be assessed. Homeownership patterns and provide a basis for estimating future housing needs for selected metropolitan and rural areas, as well as the nation as a whole.

Another example is that census in research materials provide data on the number of children born, marital status, family and household size, and family relationships within households for immigrant groups. Knowledge of the temporal trends of these variables provides a basis for estimating future fertility and family trends for given population groups.

In doing so, it facilitates understanding of future national population growth and the identification of local social service and support needs that those population groups are likely to face in the future. Similarly, the census data allow exploring the relationship between health and functional abilities on the one hand and socioeconomic status on the other. Knowledge of that relationship provides additional support for estimating future service needs and costs.

Data that can be manipulated for the investigation of large numbers of individual units, persons, families, or households, provides an enormously powerful tool in contemporary social science and has fueled and nurtured new statistical and analytical methods. When big data files are of such scale and proven usefulness as national censuses, the potential becomes great. By working with individual microdata files, researchers gain several advantages over working with published tabulations.

Research may undertake multivariate analysis to explore new hypotheses and models of a complexity that current techniques and sample size allow. Published tabulations usually include only a few variables in each table, but combinations of variables can be made that reflect a particular view of associations of general interest.

The most effective time series analysis requires that the researcher be able to achieve comparability in the organization of the data and maintain control over the treatment of age. In general, there are three different forms of analysis that can be used in studying trends with census data:

Aggregate analysis of trends for which the researcher seeks to achieve maximum comparability in all variables.

Age is primarily a defining attribute (such as specifying the population of working age or reproductive age). Comparisons can be made of individual variables or patterns of relationships between variables at each census date.

If a cohort is defined as people born in a given time interval, this style of analysis allows successive cohorts to be compared on successive variables. We could give as an example, the educational level at age 25, the number of children born at the age of 45-49 years combined with a variety of social and economic attributes.

For people born during 1940-1950, for example, measures of male and female labor force participation can be examined for successive ages as the cohorts age. The combination of these factors offers additional interpretive potential. Life cycle patterns and trends of different cohorts can be compared.

Population aging is an increasingly common experience among industrial nations with lower fertility levels. One of the main issues being pursued is variety in retirement situations for older people. They are used to distinguish alternative retirement statuses among the elderly population. These range from those who have never worked or have worked before, to those who work part-time or full-time and receive a form of retirement income.

Other research questions relating to the elderly also require the kind of geographic specificity. The nature and extent of the geographic concentration of older people have important policy implications for planning and service delivery. Knowledge of the spatial distribution of older people makes it possible to establish the unique living conditions of older people. In this regard, the rather simplistic opinions about this segment of the population have begun to be dismantled.

Included in this nexus of factors are indicators such as disability or serious health limitations, lifestyles and household composition, alternative sources of income, and the relative size of older population groups in various localities.

An important component focuses on racial residential segregation. An extensive literature, based on research conducted over the last three decades, has demonstrated variation in the degree to which racial groups live in close proximity only to members of their own racial or ethnic group.

The consequences of racial residential segregation, both for racial and ethnic minority groups and for society as a whole, are enormous and affect the distribution of political power in cities, the quality of education received and the differential socialization of children and adults.

Census data are essential for research on the education process and for examining the consequences of education on individuals’ life chances. Educational researchers use information from decennial censuses to control the results of their other analyzes and research on demographic variables.

These investigations, for example, use census data from small areas to explore the socioeconomic context in which individuals’ educational achievements occur. Average years of schooling, median income, and employment patterns have been found to have a profound impact on the educational outcomes of people who reside there.

Important research using census data includes studies on the effect of school desegregation on employability. In the same way, it allows establishing factors such as racial composition, graduation rates, migration, income and housing quality. These types of studies are reinforced by the use of maps that show the geographical distribution, as well as the demographic and economic characteristics of the population.

In the mid-1980s, analyzes of census data revealed a large increase in the number of urban neighborhoods. These fairly simple tabulations drew researchers’ attention to a number of issues that were emerging in social policy debates. Is there something distinctive about geographically concentrated poverty?

One of the most pressing fundamental research tasks of the current decade concerns the interplay between human and natural processes. Especially insofar as they affect the natural environment and the quality of human life. These are issues of global importance, but they must also be addressed at local, regional and national levels.

For the investigation of social processes as the natural environment is affected, the census provides data on the distribution and density of the population. Similarly, it presents data on land use, resource consumption and certain types of effluent production. Census data thus allow investigation of the relationship between human habitat, activities and behavior and environmental degradation.

The geographically broad nature of the data and its geographical resolution allow investigations to be carried out at multiple levels. They also help assess the environmental impact of specific locations relative to each other and to regional and wider areas. The availability of data from previous censuses allows projections of environmental change and human activities to be made. In the same way, it makes it possible to identify the patterns of human behavior that delay or accelerate adverse environmental changes.

We hope that you have understood the census in research. 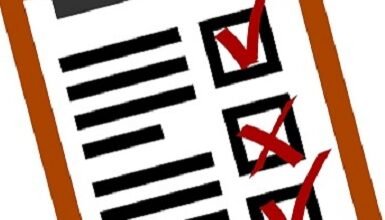 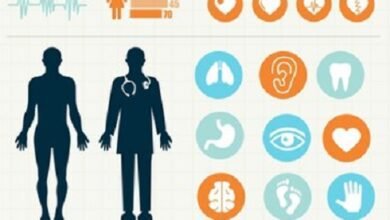 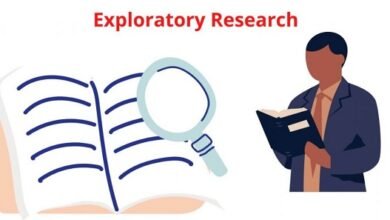 What is Exploratory Research Advantages steps to do Examples