Here will discuss some Real cases related to Forensic Linguistics

On Monday, April 12, 1993, a 22-year-old student named Anabel Segura Foles was kidnapped upon leaving her home in the Intergolf urbanization in the residential area of La Moraleja (Madrid) , this case and her investigation lasted almost three years and marked a before and after in the Spanish criminal investigation.

This case was finally resolved thanks to a team of dialectologists (although unfortunately the victim had already died) who analyzed the different calls of the kidnappers, identifying that they came from Toledo , since in one of the recordings the Toledo idiom could be heard typical “bolus” , thus delimiting the search perimeter to said province.

In 2011 , Spaniard Óscar Sánchez was sentenced by the Court of Naples to a 14-year prison sentence for a drug trafficking offense , he was accused of being the leader of a gang. The defendant always denied responsibility for the crimes that were accused of him, and he was effectively innocent.

Óscar Sánchez had been the victim of an impersonation , his acquittal was possible thanks to expert reports carried out by experts in phonetics and phonology.

These reports stated that the voice recordings provided as evidence presented different voices : the Spanish spoken in one of the recordings (the one that linked Mr. Sánchez with the crime) was Latin American .

In addition there were intercepted telephone conversations, and in these there was great command of the Italian , which the defendant lacked.

On December 25, 1996, the beauty queen JonBenét Ramsey was found dead in the basement of her family home ( Boulder, Colorado ), eight hours after her disappearance was reported and after the appearance of a ransom note . The case gained attention when no charges were filed against any suspect and the evidence pointed to the child’s own parents as responsible.

A decisive test to solve the case was the ransom note and the analysis of the writing it presented.

The fifteen-year-old British teenager Danielle Jones was last seen on October 16, 2001, her body was never found.

The main suspect was the victim’s uncle, Stuart Campbell, who was arrested on October 21, 2001.

Initially, the accused made believe that the victim was still alive sending an SMS from his mobile phone, writing the entire text message in capital letters.

Thanks to forensic linguistics, it was determined that the victim did not use that writing style, but exactly the opposite, all lowercase letters. Certainly, the style of the message was that of the accused. 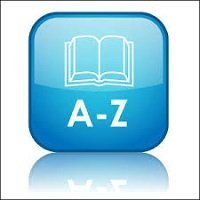