Fermentation is a process of natural origin carried out through certain reactions that start from the action of some organic compounds. Generally speaking, this is a partial oxidation.

In the food industry, fermentation is a technique suitable for the conservation of those cases where it is impossible to use alternative methods, such as freezing and preserves. Its low cost of maintenance , both in infrastructure and in energy , makes that perfectly suits the needs of many rural areas and developing countries, moreover, contributes to improving the security food as it increases the variety of raw materials that can be used in food production .

To date the discovery of fermentation we have to go back more than 300,000 years in time, when man began to use alcoholic fermentation to produce vegetable juices.

Later, the secrets of fermentation would reach important civilizations, such as Syria and Egypt, where fermentation was used in the production of alcoholic beverages. Meanwhile, at the same time, in other parts of the world, the Chinese and the Aztecs used this procedure to obtain food products.

Thus, fermentation became an industrial process, giving rise to large food processing companies, especially bakeries and alcoholic beverage companies. In addition, it began to be used in other fields as well and played a fundamental role in the development of the pharmaceutical industry (developing vaccines and new drugs), as well as in the chemical industry (production of acids and aldehydes).

Anyway, the key figure to understand fermentation from a modern perspective would be the French scientist Louis Pasteur, who in the 19th century was able to explain the process by which yeast cells were able to live without air and propagate. in the fermentation liquid, while sugars in alcohol and carbon dioxide decomposed. This process was named after alcoholic fermentation.

Later, Pasteur’s explanation would be modified by Buchner, who observed that if you filtered the juice obtained by grinding yeast cells with sand, it was possible to acquire a very effective substance and thus decompose the sugar . This substance is known today as yeast or zymase.

What is Family Pedagogy definition/concept 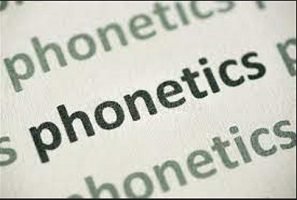