In this article, we will elaborate that what is the difference between phonetics and phonology? with its features, phonological system, and minimum pairs in detail.

Phonetics and phonology are two absolutely different terms, but equally important. Phonology is a subfield of linguistics that studies how sounds work in a language or languages ​​in general at the mental and abstract level and phonetics studies the physiological and acoustic nature of sounds.

The phonetics come from the Greek fōnḗ which means sound or voice. It is about the study of the physical sounds of the human language. It is a branch of linguistics that is responsible for studying the production and perception of the sounds of a language in relation to its physical manifestations.

Its main branches are:

Phonetics such as sounds depend on the position of the different parts that make up the speech system. When learning new languages, phonetics is an important part of such learning, because it allows us to pronounce the sounds of each word correctly.

In phonetics, various symbols are used that are easy to recognize to represent each sound of a specific language. Thus, a word can have different symbols on the letters that make up the alphabet (such as those seen in an English-Spanish dictionary)

It is a subfield of linguistics. Study the way sounds act in a particular language or language at the mental and abstract level. It is a comparative synthesis of phonemes. This discipline studies the vehicular use of the language.

It is less known than phonetics and is responsible for analyzing and studying sounds at a level of syntax and structure to understand how it shapes the language and constructs meaning.

Phonology studies how phonemes represented by letters of the alphabet may sound differently in different words.

It is a scientific study of human speech sounds and how these sounds are used in language.

Phonology is essentially the description of systems and patterns of speech sounds in a language. Every speaker of a language unconsciously knows about sound patterns of her/his language, also falls in the category of phonology.

Difference between Phonetics and Phonology

Read: Difference Between Dictionary and Thesaurus

What are the minimum pairs?

The words that, although they have a different meaning, are going to differ from each other by only one sound are called minimum pairs. An example of the above is house and rate.

The minimum pairs is a basic concept of phonology with which it is possible to identify the phonological inventory of a particular language.

What is the phonological system?

Regarding the phonological system of a language, it should be mentioned that it is formed by an inventory of phonemes and in turn a set of automatic application rules so that pronunciation can be conformed to each permissible phoneme chain.

Even before Ferdinand de Saussure phonetics and phonology were confused to the point of using words as synonyms. But with Saussure in “General Linguistics Course” the differences that gave birth to the science we now know under the name of Phonology were determined. Saussure says: “The physiology of sounds is often called phonetics. This term seems improper; We replace it with phonology. Because phonetics appointed at the beginning, and should continue to designate, the study of the evolution of sounds; Do not confuse under the same name two absolutely different studies. Phonetics is a historical science: it analyzes events, transformations, and moves in time – diachronic study.

Phonology is out of time because the mechanism of articulation is always similar to itself. ”

We also establish that the two studies are not confused in such a way that we can say that they are opposed, because phonetics are an essential part of the language while phonology is an auxiliary discipline. Other aspects are; phonetics does not study sounds in general, but the sounds of language (it is necessary to exclude from their study those that do not have a linguistic character such as yawning or sob), likewise phonology does not study only pure linguistic relationships, but those relationships They are shaped like a phonic substance.

Phonetics studies the sounds of verbal language, the physical and physiological elements related to them, regardless of their meaning; While phonology is not about the phonic elements themselves, but about their functions within the system, although it is based on the descriptions provided by phonetics, phonology establishes the phonemes of a language. Phonemes, unlike sounds, are intangible and social entities.

Using the dichotomy established by Saussure – langue et parole -, the phonemes belong to the first and the sounds to the second. A phonetic study will be one in which he realizes the multiple pronunciation possibilities offered by concrete speaking.

In spite of this, these two disciplines should not be considered as autonomous and independent, since the analysis of the phonic elements performed by the speaker would be meaningless if they are not accompanied by their organization in a system of oppositions with phonological value. 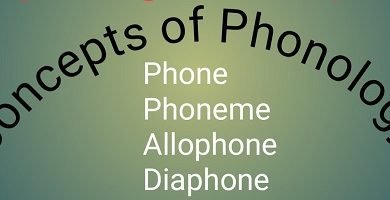